The NSC standing committee met after North Korea fired two short-range ballistic missiles into the East Sea in its fourth such test in less than a week.

President Yoon Suk-yeol was briefed on the launch, according to his office.

The committee members "strongly condemned North Korea's repeated ballistic missile launches in violation of U.N. Security Council resolutions, and agreed to closely cooperate with the United States, friendly nations and the international community," the presidential office said in a statement.

The committee especially noted the shortened interval between launches and "deplored North Korea's actions focusing on provocations when its people's livelihoods are in a critical situation due to economic difficulties and the antivirus crisis."

Moreover, it decided to maintain a "firm readiness posture" to respond "immediately and effectively" to any North Korean provocation. 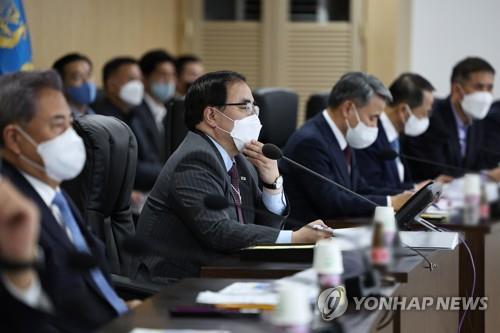