SEOUL, Oct. 1 (Yonhap) -- President Yoon Suk-yeol warned North Korea on Saturday it will be met with a "resolute" and "overwhelming" response if it attempts to use nuclear weapons, shortly after Pyongyang fired two short-range missiles in its fourth such test in less than a week.

The launches further raised tensions as North Korea has appeared to be readying for what would be its seventh nuclear test and recently legalized the use of nuclear weapons in scenarios where its leadership is under threat.

"By adopting its nuclear arms policy into law, it is threatening the survival and prosperity of the Republic of Korea," Yoon said in a speech marking Armed Forces Day at the Gyeryongdae military headquarters 160 kilometers south of Seoul, referring to the South.

"If North Korea attempts the use of nuclear weapons, it will face the resolute and overwhelming response of the South Korea-U.S. alliance and our military," he said.

"The North Korean regime must even now make the decision to denuclearize for true peace and joint prosperity on the Korean Peninsula," he said. 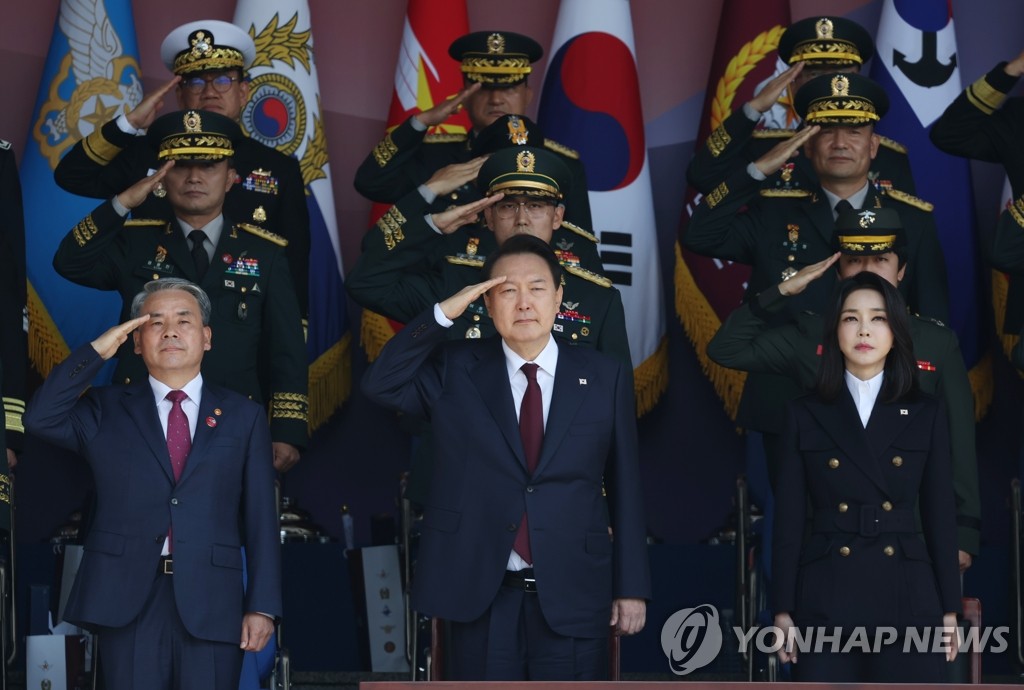 Yoon said South Korea will reinforce its reconnaissance and strike capabilities against the North by quickly establishing its "three-axis system," which he said will "overwhelm" North Korea's nuclear and missile threats.

The exercises are a major source of tension with Pyongyang, which denounces them as rehearsals for an invasion.

"President Biden and I further strengthened the South Korea-U.S. security alliance through our summit in May and my recent overseas trip," Yoon said, referring to their summit in Seoul and their meetings in London and New York last week.

He said the two countries bolstered the effectiveness of the U.S. extended deterrence commitment to South Korea, which includes the timely deployment of U.S. strategic assets in a contingency, by reactivating the Extended Deterrence Strategy and Consultation Group.

"From now on, the government will further strengthen combined training and exercises between South Korea and the U.S. and realize an 'alliance in action' that responds strongly to North Korea's provocations and threats," Yoon said. 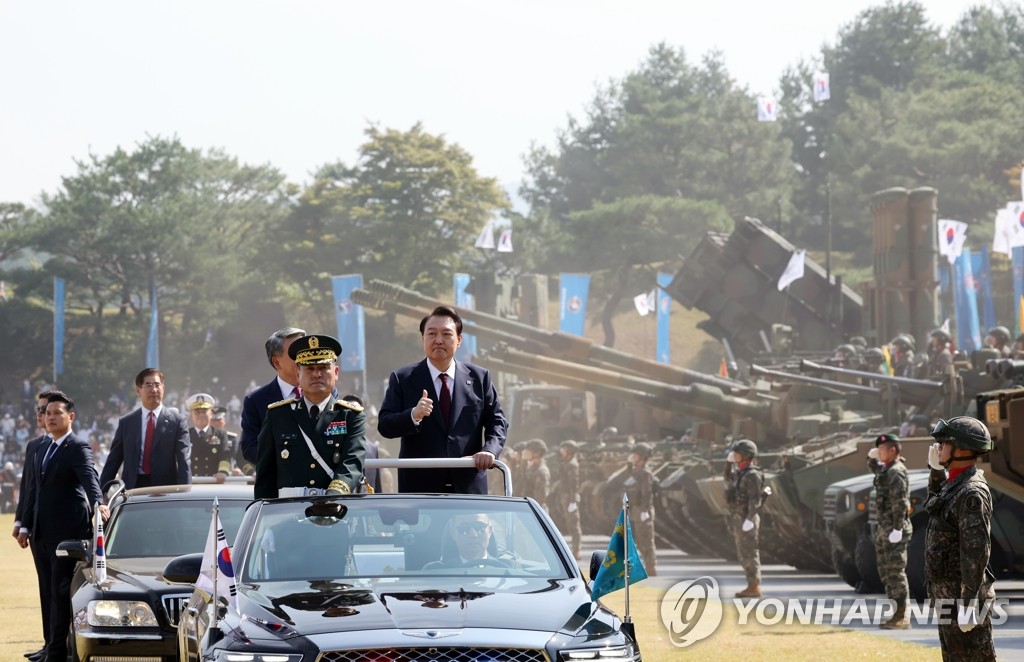