The balloons, which were launched from Paju, north of Seoul, around 10 p.m., also had placards reading, "The humankind condemns Kim Jong-un who is threatening to launch preemptive strikes on the Republic of Korea with nuclear missiles," he said.

Police dispatched to the scene seized balloons that the group had not yet sent and took Park into custody for questioning.

Sending such balloons across the border is banned under a law that was legislated to help reduce tensions in the border regions as North Korea has bristled strongly against such balloons and even threatened to shoot them down. 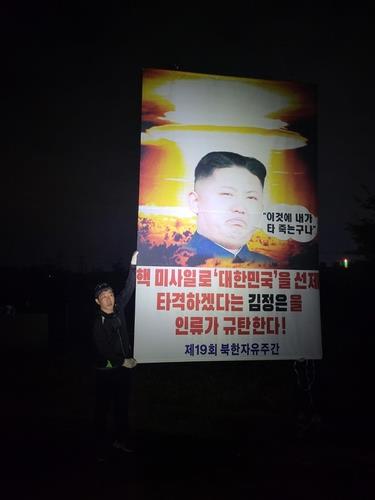