SEOUL, Oct. 2 (Yonhap) -- The state audit agency has notified former President Moon Jae-in of its plan to question him in writing about his administration's alleged mishandling of the case of a South Korean fisheries official killed by North Korea in 2020, party officials said Sunday.

According to officials from the main opposition Democratic Party (DP), the Board of Audit and Inspection (BAI) e-mailed and telephoned Moon at the end of last month to accept the planned written investigation on the case.

The BAI has also sent written inquiries to the former president.

The DP officials, however, said Moon was displeased with the BAI plan and sent back the e-mail.

The state audit agency refused to give any details on the pending issue. 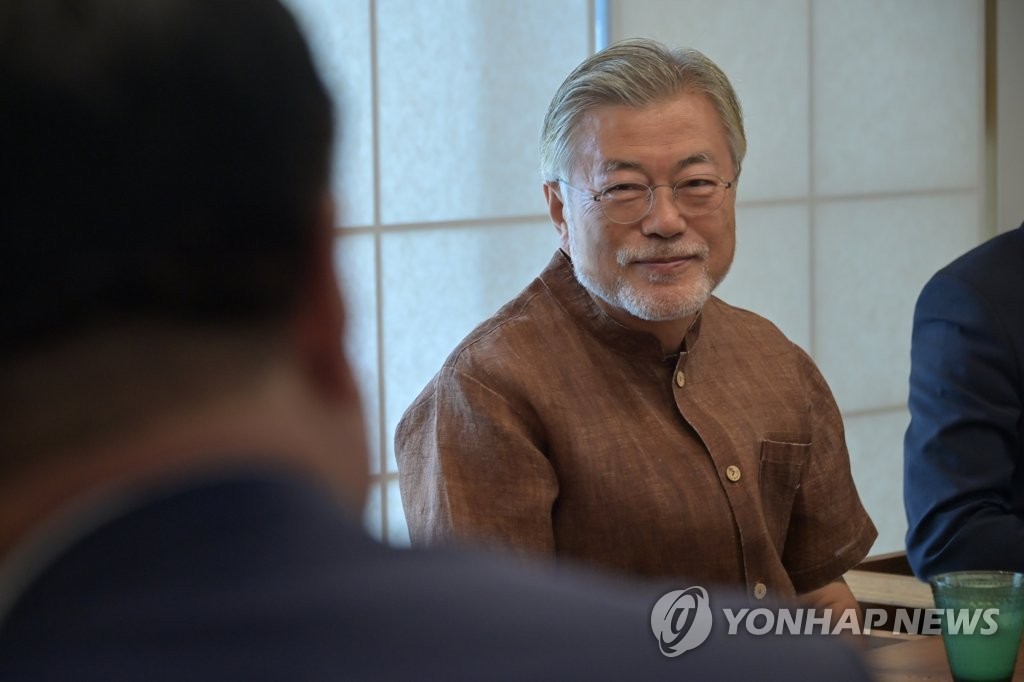 The 2020 death of the 47-year-old fisheries official, Lee Dae-jun, near the western sea border is being revisited under the Yoon Suk-yeol government after the Coast Guard in June overturned its earlier conclusion that he was killed while attempting to defect to the North.

The Coast Guard said it had no concrete evidence behind the conclusion announced during the Moon administration.