In a document submitted to the National Assembly, South Korea's defense ministry said the number of times that Chinese military aircraft entered the KADIZ surpassed 70 last year, similar to that of the previous year.

The number of entries by Russian aircraft into KADIZ has exceeded 10 times since 2017, while topping 20 times in 2019.

Japanese warplanes have entered the overlapping South Korean and Japanese air defense zones an average of 500 times per year after giving prior notice, according to the document.

The air defense zone was first drawn in 1951 by the U.S. Air Force during the 1950-53 Korean War to prevent air clashes between nations surrounding the Korean Peninsula. The area is not territorial airspace but is zoned off to request foreign planes identify themselves to prevent accidental clashes. 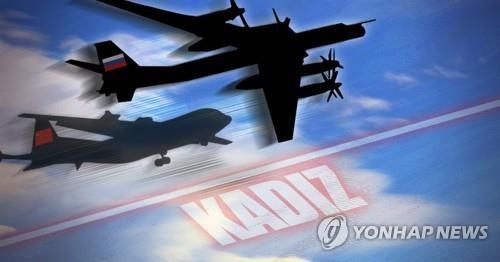