Yoon made the remark to reporters shortly after South Korea's military said it detected one IRBM launched eastward past Japan.

"North Korea again launched an intermediate range ballistic missile of around 4,000 kilometers over the Japanese archipelago," he said, offering details the military has yet to disclose.

"As I stated on Oct. 1 Armed Forces Day, such reckless nuclear provocations will be met with a resolute response from our military and our allies, as well as the international community," he added.

Yoon said the National Security Council will meet to discuss the launch and he will join the session midway.

North Korea has conducted five missile launches in just over a week in apparent protest of stepped up military exercises involving South Korea, the U.S. and Japan, including a naval exercise with the USS Ronald Reagan aircraft carrier. 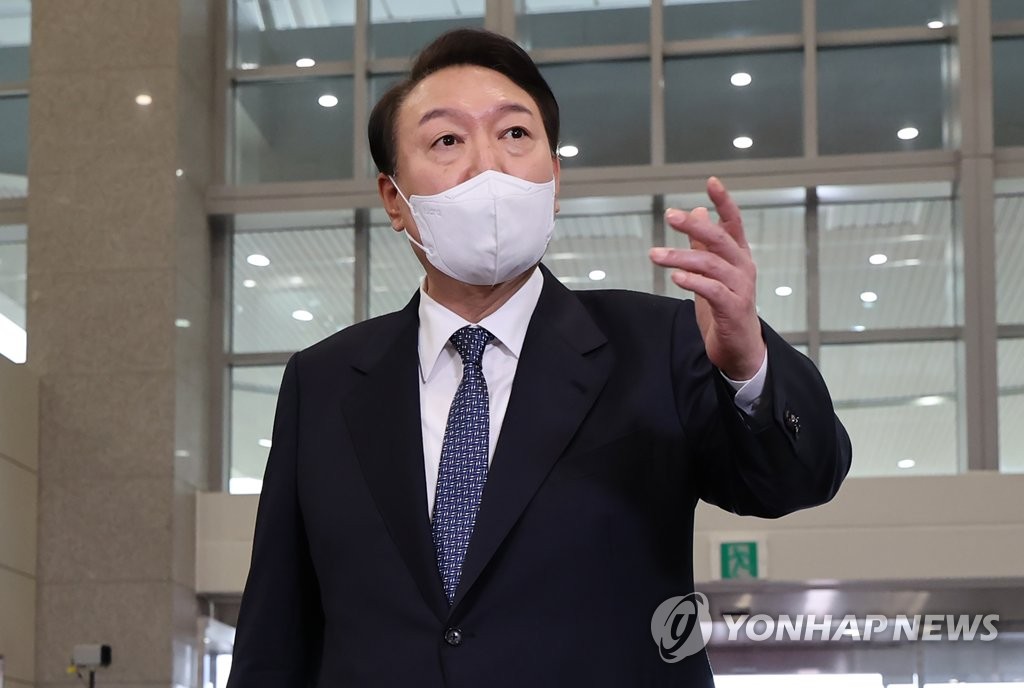