Choo made the remarks during a parliamentary audit into his ministry, voicing concerns that the current unstable market situation is feared to continue for quite a long time.

South Korea's stocks have tumbled, and its currency has suffered sharp weakness against the U.S. dollar recently amid concerns over a global economic recession amid aggressive rate hikes by the United States and other major economies. 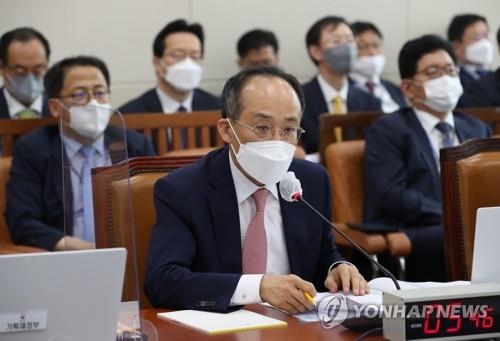 "High inflation caused by external factors has caused difficulties for ordinary people and vulnerable groups, and led to greater volatility in the financial and foreign exchange market. Concerns over an economic slowdown has risen amid weakening momentum for exports and investment," Choo said.

"The government will take all steps at an appropriate time and in a preemptive manner by closely reviewing the market situation and all possible scenarios," he added.

The local currency has remained below its lowest level in more than 13 years recently, sliding around 17 percent against the U.S. dollar so far this year, amid the Federal Reserve's aggressive monetary tightening movement. On Tuesday, the Korean won ended at 1,426.50 won against the greenback.

South Korea's exports, a key growth engine for the country, have also shown signs of weakening due to a slowing of global demand. Last month, the country reported a trade deficit for the sixth straight month, the first of its kind since 1995, on high energy prices.

Choo, however, stood guarded against "excessive" concerns over the economy, seeing the current situation of the real economy, as well as its external elements, as different from those seen during the country's 1997 foreign exchange crisis. 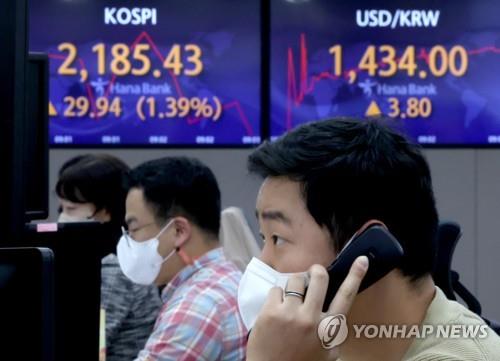