SEOUL, Oct. 4 (Yonhap) -- The government and the ruling People Power Party (PPP) are considering abolishing the gender ministry and establishing a lower-level agency handling gender and family policies under the Ministry of Health and Welfare, sources said Tuesday.

The decision will likely be included in an upcoming government reorganization plan, the sources said.

Abolishing the Ministry of Gender Equality and Family was one of President Yoon Suk-yeol's most controversial campaign pledges, with high support from young male voters and fierce objections from the opposition bloc and feminist groups.

The government is working to ensure the current gender ministry's role even after its abolishment by establishing a new agency, a PPP official told Yonhap News Agency on the condition of anonymity.

With the abolishment, the labor ministry is expected to take over policies related to female employment.

Whether the plan will be realized remains uncertain, as the main opposition Democratic Party (DP), which is against the move, controls the parliament with 169 out of 299 seats.

The DP has criticized the plan, accusing Yoon of trying to get rid of a ministry in charge of improving gender equality to curry favor with young male voters.

According to the sources, the PPP seeks to table and pass a bill aimed at abolishing the gender ministry next month. The reorganization plan may be announced later this month, PPP floor leader Joo Ho-young said.

The plan will also include a decision to establish a government agency for Korean nationals abroad and elevate the status of the Ministry of Patriots and Veterans Affairs. 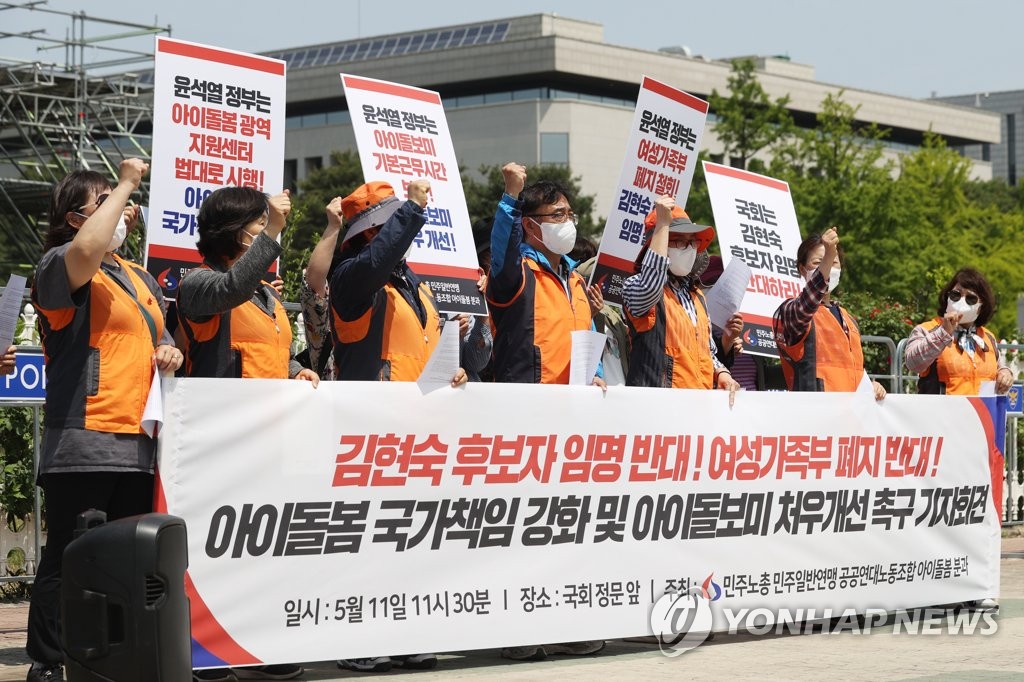