Since its release on Sept. 23, "6/46" topped the Vietnamese box office in the first week and had attracted 1.32 million of movie viewers as of Sunday, raking up US$4.46 million in revenue, according to Sidus.

It surpassed the previous record set by Korean horror zombie flick "Peninsula" (2020), which garnered 1.2 million in admissions and sold $3.33 million in ticket sales.

Directed by Park Gyu-tae, and starring Go Kyung-pyo and Lee Yi-kyung, "6/45" depicts a comical encounter between South and North Korean soldiers over the 5.7 billion won (US$4 million) lottery that crosses the military demarcation line on the wind.

The comedy surrounding the heavily-fortified border drew a good response in other Asian countries, opening in second place in Taiwan since coming out on Sept. 30, Sidus said. 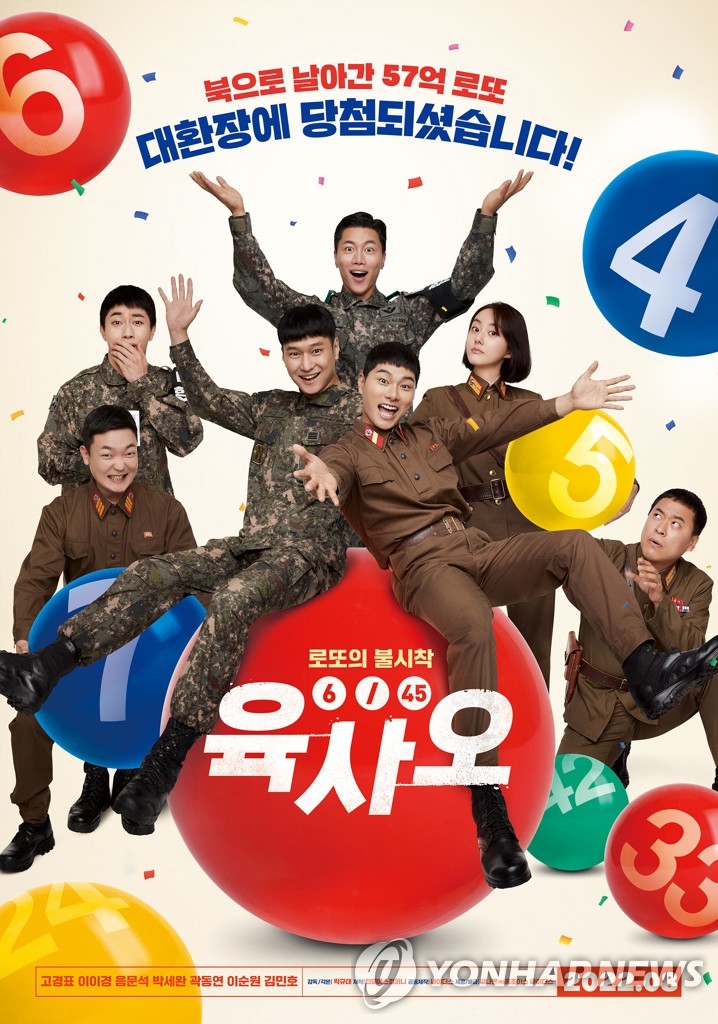