Foreign Minister Park Jin and his U.S. counterpart, Antony Blinken, shared the view that the launch of the IRBM is a clear violation of U.N. Security Council resolutions and a "grave provocation" that poses serious threat to peace and stability on the Korean Peninsula and the international community.

The two sides agreed to strengthen cooperation in responding to the North's missile tests, including a new U.N. resolution against Pyongyang, and to boost trilateral cooperation with Japan, the ministry said in a press release.

Park and Hayashi stressed that North Korea's nuclear and missile threats will only strengthen security cooperation in the region and outside the region, including between Seoul, Washington and Tokyo, as they agreed to step up trilateral cooperation to counter such threats.

Earlier in the day, South Korea's military said the IRBM flew about 4,500 kilometers over Japan before crashing into the Pacific Ocean. The latest launch marks the North's fifth missile test in just over a week and one of its gravest provocations in years. 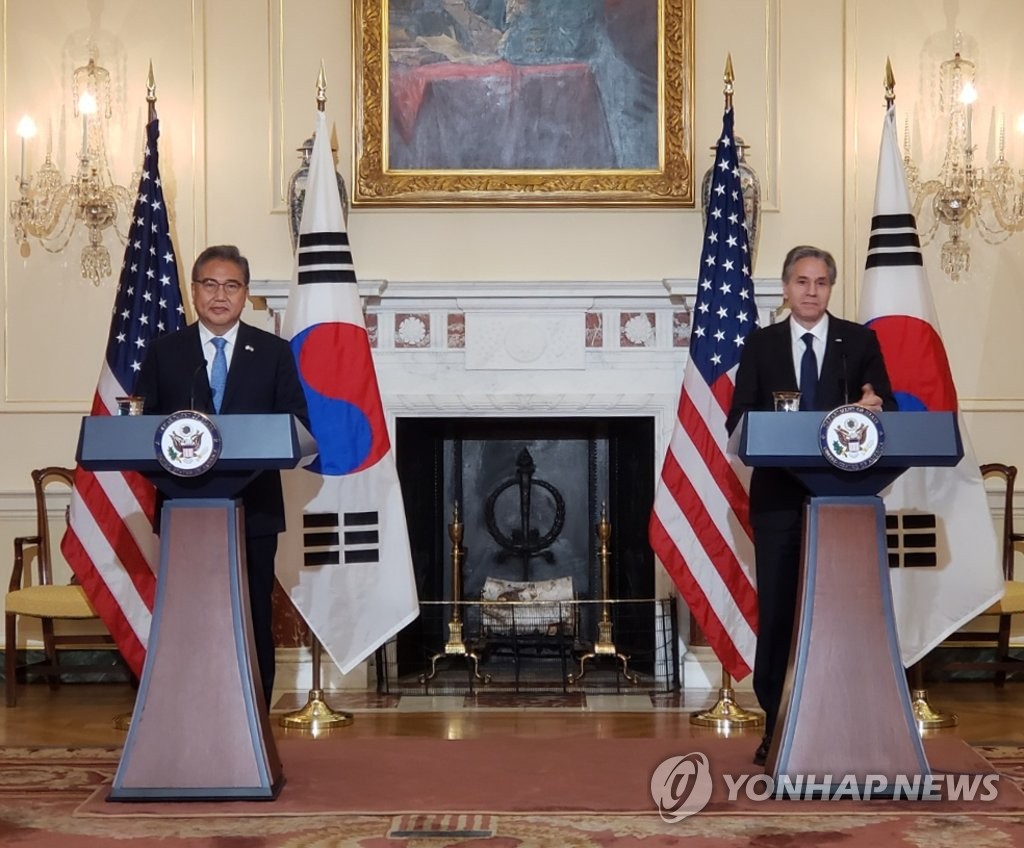