SEOUL, Oct. 4 (Yonhap) -- An annual parliamentary audit kicked off on Tuesday but sessions were delayed or suspended as rival parties clashed over thorny issues, like the state auditor's probe of former President Moon Jae-in and a no-confidence motion against the foreign minister over President Yoon Suk-yeol's remarks caught on hot mic.

The National Assembly launched the three-week audit of the government and state agencies earlier in the day, the first such parliamentary inspection under the Yoon Suk-yeol administration. A total of 783 government ministries and agencies are subject to this year's inspection overseen by the assembly's 14 standing committees.

The session by the legislative committee, which oversees the Board of Audit and Inspection, started late as lawmakers of the main opposition Democratic Party (DP) carried pickets on their laptops protesting against the state auditor's probe into the 2020 killing of a South Korean fisheries official by North Korea near the western sea border.

DP lawmakers called BAI's plan to question Moon for the probe "political oppression," while ruling People Power Party (PPP) lawmakers urged the former president who has rejected the request to comply with the written probe.

The foreign affairs committee saw its session suspended as rival parties contested over the sacking of Foreign Minister Park Jin.

The main opposition, which passed a no-confidence motion against the top diplomat last week holding him responsible for what it claims was a disastrous overseas trip by Yoon, urged the minister to leave the session and quit his post, while the PPP called on the session to continue to review Yoon's diplomatic accomplishments.

The rival parties also brandished heated remarks over academic falsification charges against first lady Kim Keon-hee and costs associated with the relocation of the presidential office, which the DP estimates at more than 1 trillion won (US$701 million). 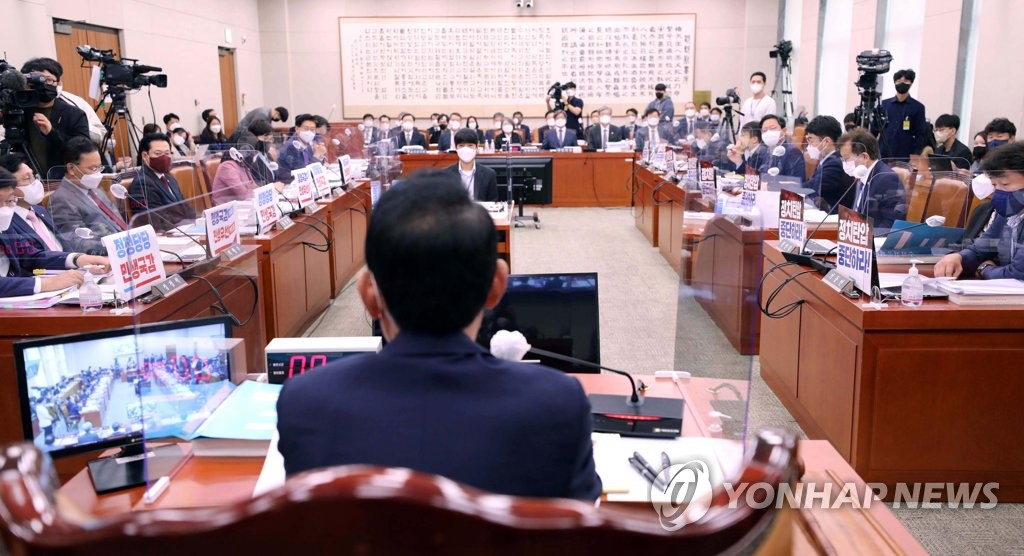 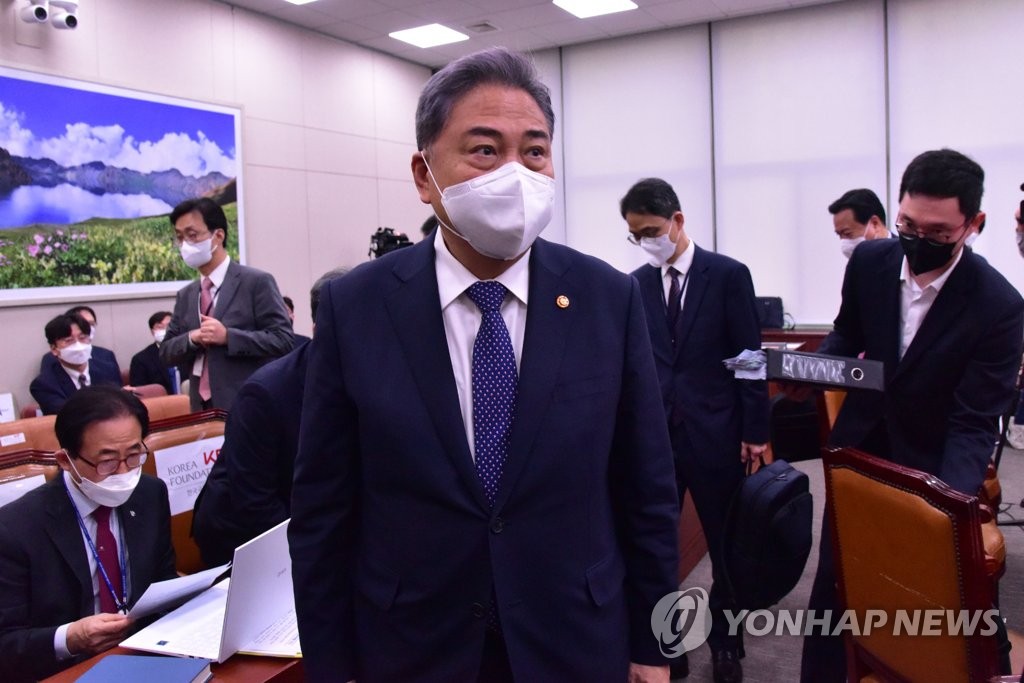