SEOUL, Oct. 5 (Yonhap) -- Kim Dong-gill, a renowned scholar, writer and conservative commentator, has died of illness. He was 94.

The professor emeritus of history at Yonsei University, who had been hospitalized for chronic disease at Severance Hospital in Seoul, died Tuesday night, his family said. He was diagnosed with COVID-19 in February and recovered, but his health began to deteriorate rapidly in March, they said. Born in South Pyongan Province, now in North Korea, in 1928, he crossed the border to South Korea after Kim Il-sung took power in 1946.

He studied English literature at Yonsei University and history at Evansville University in the United States, and earned a Ph.D. in philosophy from Boston University.

During his tenure as a professor of history at Yonsei that began in 1955, he was involved in the pro-democracy movement in the 1970s under Park Chung-hee's military-backed government. In 1974, Kim was sentenced to 15 years in prison for his involvement in an anti-government organization.

In the 1980s, he distanced himself from the democratization movement. He quit the university in 1991 amid a backlash over his critical remarks against a student who was beaten to death by policemen during a protest.

Kim, then, joined politics, becoming a lawmaker in 1992 and creating a conservative party two years later. He quit politics in 1996.

A popular author, Kim wrote about 100 books on politics, history and philosophy.

With a bow tie and mustache as his trademarks, Kim was a conservative political commentator, writing newspaper columns, appearing on TV programs and operating his own YouTube channel until last year.

Early this year, he led an association of supporters for presidential candidate Ahn Cheol-soo.

The deceased remained single all his life and is survived by two sisters. 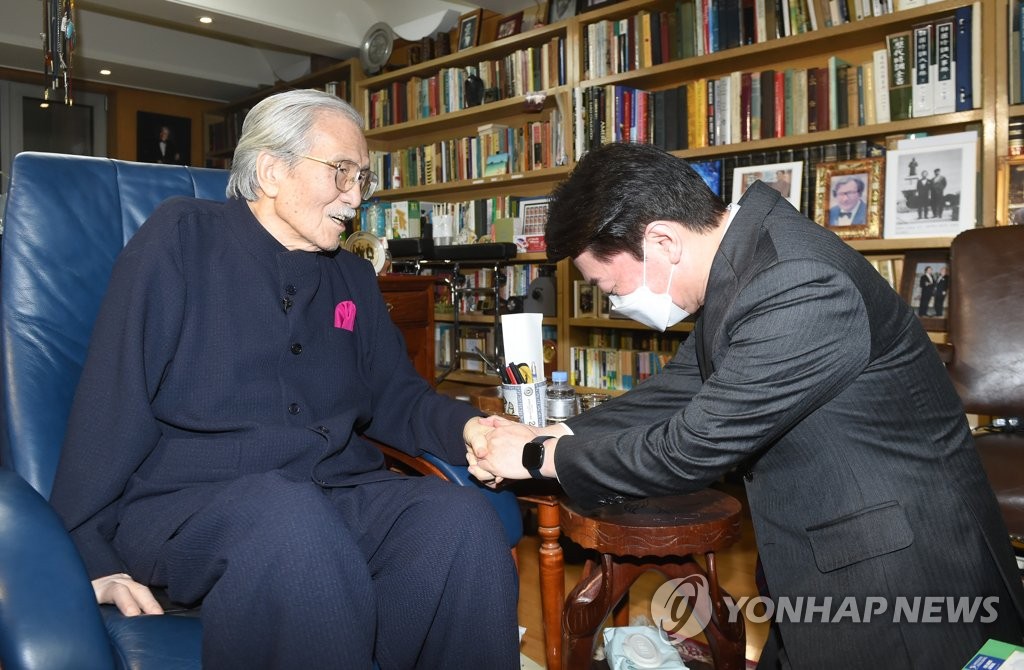