The Chungnam Provincial Police Agency said it arrested a 33-year-old Thai national who operated a drug ring based in South Chungcheong Province and eight other ring members on charges of violating the drug management act.

The nine, all of them illegal immigrants from Thailand, had allegedly smuggled various illegal drugs, such as methamphetamine, into South Korea from Laos between October 2021 and last month and sold them to other illegal Thai immigrants in South Korea or used them themselves.

Police said they brought in the drugs, packaged as collagen supplements, through an international postal service.

Based in the Nonsan and Cheongyang areas of South Chungcheong Province, the drug ring came in contact with Thai communities in the region, as well as those in the neighboring North Jeolla and North Gyeongsang provinces, via social media to sell drugs in person for cash.

Of the 3 kilograms of methamphetamine the ring smuggled into the country, police confiscated the remaining unsold amount of 1.3 kg, enough for 43,000 doses and worth 5 billion won, according to police officials.

A total of 192 pills of yaba, a combination of methamphetamine and caffeine; 21 grams of marijuana; and 2 grams of ecstasy were also confiscated.

The ring members told police they started using drugs to relieve fatigue from hard work, and spent the proceeds on living expenses and to purchase more drugs.

In June, the drug ring leader received a prison sentence of 7 1/2 years, while the other eight are currently standing trial, the Chungnam Provincial Police Agency said.

Thirty-one more Thai nationals were also apprehended on drug use and drug dealing charges in connection with the drug ring and all of them were deported to their home country, officials also said. 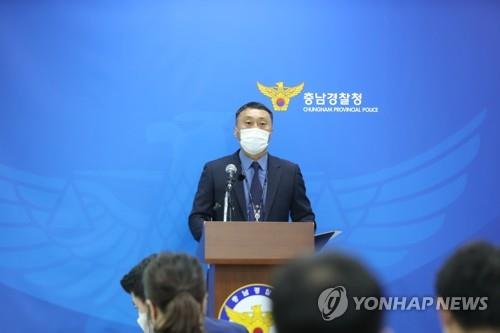