The Joint Chiefs of Staff (JCS) said it detected the launches from the Samsok area in Pyongyang between 6:01 a.m. and 6:23 a.m.

It said one SRBM flew more than 350 kilometers at an apogee of roughly 80 km, with the other traveling around 800 km at the maximum altitude of some 60 km .

Shortly after the North's latest launches, South Korea's JCS Chairman Kim Seung-kyum held consultations with the U.S. side, in which the allies reaffirmed a commitment to strengthening the combined defense posture against any threats or provocations by the North, according to the JCS.

"North Korea's continued ballistic missile launches are a grave provocative action that threatens not only the peace and stability of the Korean Peninsula but also the international society," the JCS said in a text message sent to reporters.

The USS Ronald Reagan returned to waters east of South Korea after it departed last week following an exercise with the South Korean Navy and then trilateral anti-submarine warfare drills involving Japan.

It plans to have another trilateral exercise with South Korea and Japan in the international waters of the East Sea later Thursday. 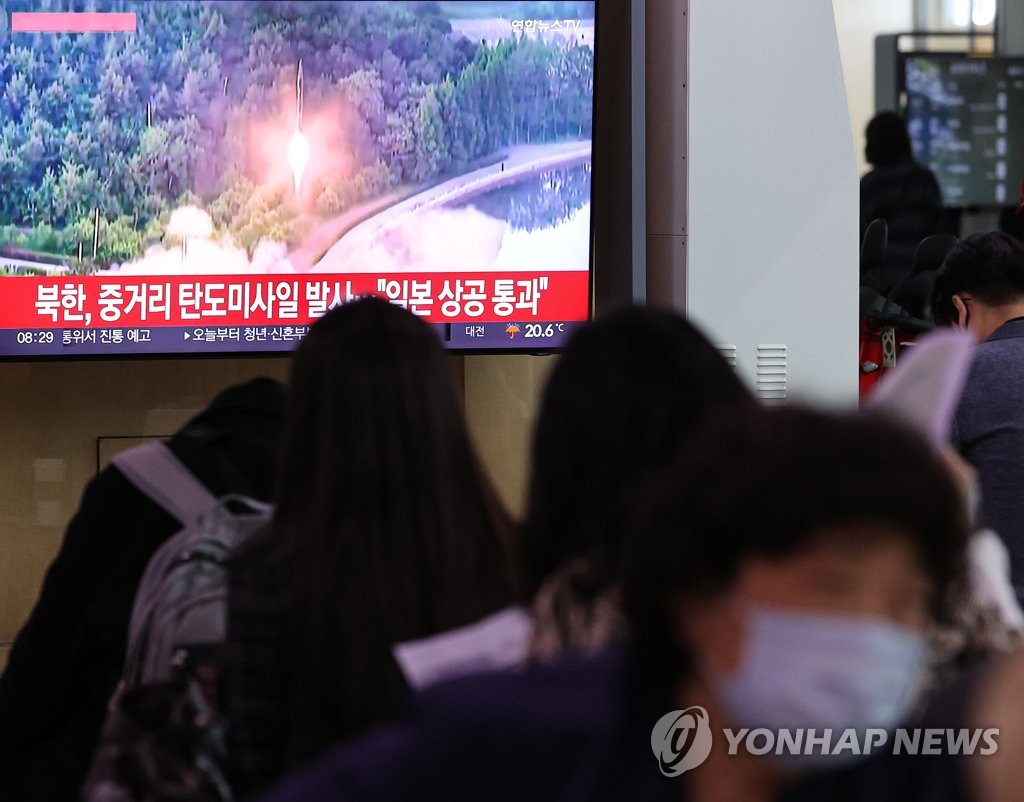