"Special measures are needed for drug crimes," Han told a meeting with relevant ministers, calling for ministers to "make utmost efforts to eradicate drugs with a determination to protect people's health."

Han said drug trafficking in South Korea has been on the rise due to the development of an internet technology and international delivery system.

Han also took note of a steady rise in the number of teenage drug offenders.

According to prosecution data, the amount of illegal narcotics confiscated here reached an all-time high in 2021 to about 1.3 tons, more than a threefold jump from a year earlier. 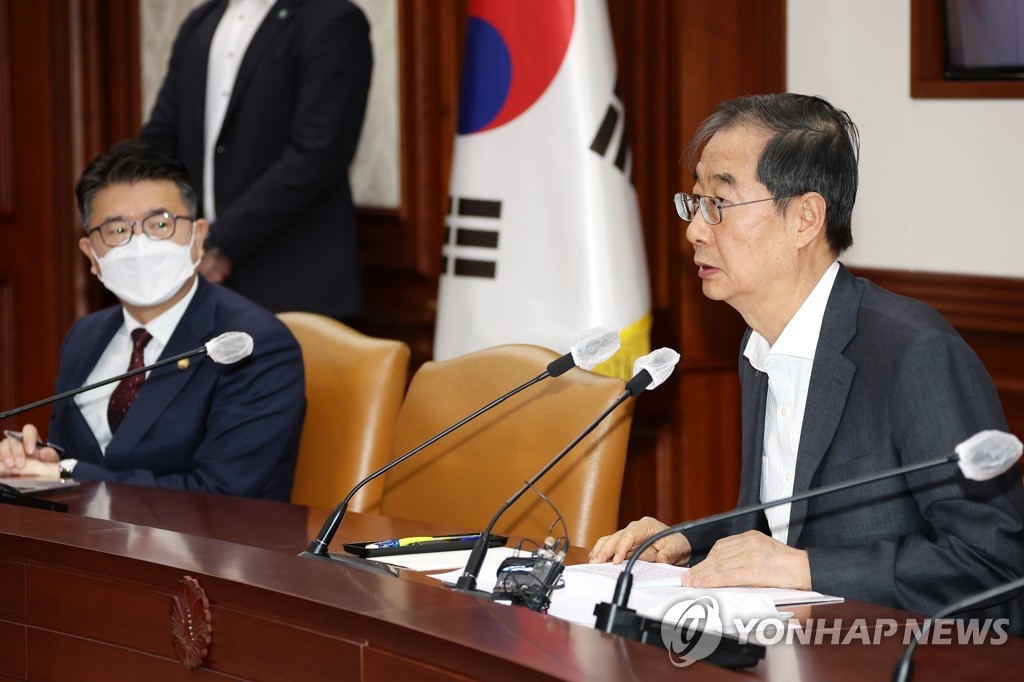