SEOUL, Oct. 6 (Yonhap) -- President Yoon Suk-yeol saw his approval rating fall below 30 percent after he was caught on a hot mic making remarks that appeared to include less than presidential words, a poll showed Thursday.

Those who gave negative assessments jumped 5 percentage points to 65 percent in the same period.

It marks the lowest approval rating since the second week of August when the biweekly figure reached 28 percent due to an unpopular policy proposal to lower the school entry age.

The fall was largely attributed to the hot mic incident.

Though the recording was not clear due to noise, many thought Yoon used foul language while talking about U.S. Congress and President Joe Biden. Yoon's office rejected the claim, saying he was referring to South Korea's opposition-controlled National Assembly and did not mention U.S. Congress or Biden.

In regard to the controversy, 64 percent said it was a diplomatic disaster Yoon caused with careless remarks while 28 percent said the incident was distorted by unverified media reports.

On whether Yoon should apologize, 70 percent said they agreed to the notion while 27 percent disagreed. 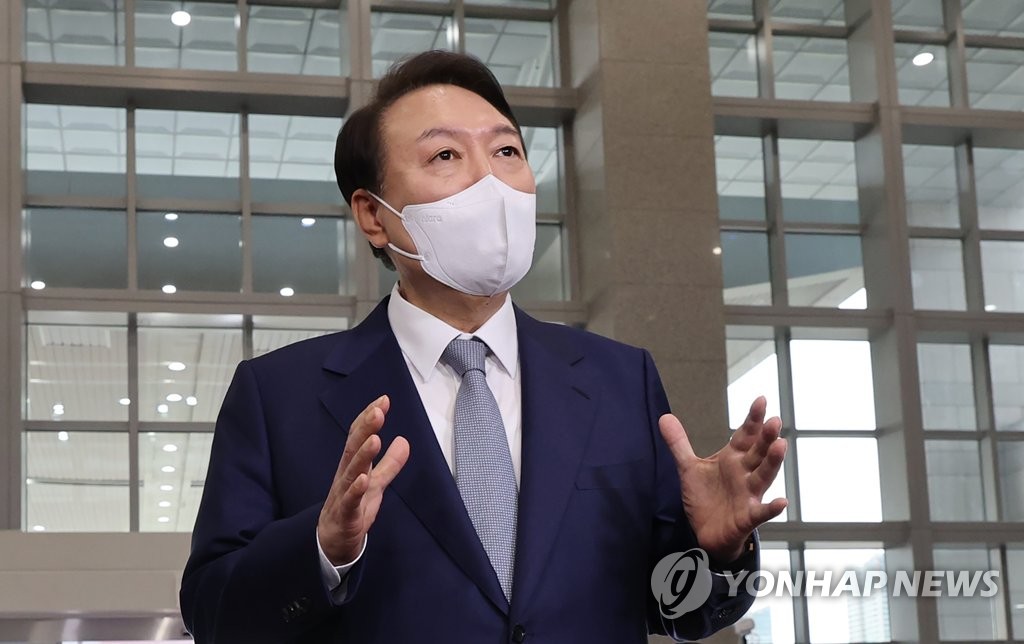