SEOUL, Oct. 6 (Yonhap) -- The main opposition Democratic Party (DP) submitted a petition to the state human rights watchdog on Thursday, claiming that the culture ministry infringed on the freedom of speech in its response to a teenager's cartoon satirizing President Yoon Suk-yeol.

The move comes amid a debate over freedom of speech after the ministry expressed regret and issued a warning to the organizer of a cartoon festival, Korea Manhwa Contents Agency, that awarded a prize to the cartoon titled "Yoon Suk-yeol Train."

The cartoon, drawn by a high school student, shows people running away in panic from a train with a face that resembles Yoon. The piece went viral this week after it was displayed along with other prize-winning works at the Bucheon International Comics Festival.

"Issuing a stern warning against the award-winning piece 'Yoon Suk-yeol Train' for explicitly portraying a political theme just shows that the culture ministry does not understand the meaning of a cartoon," DP lawmakers affiliated with the parliamentary culture committee said in the petition.

The ministry claimed the agency violated the terms of sponsorship, under which works with sexually explicit, violent and political content should be disqualified.

It also said it will take appropriate measures after investigating the selection process, noting the government provides about 10.2 billion won (US$ 7.3 million) annually to the agency. 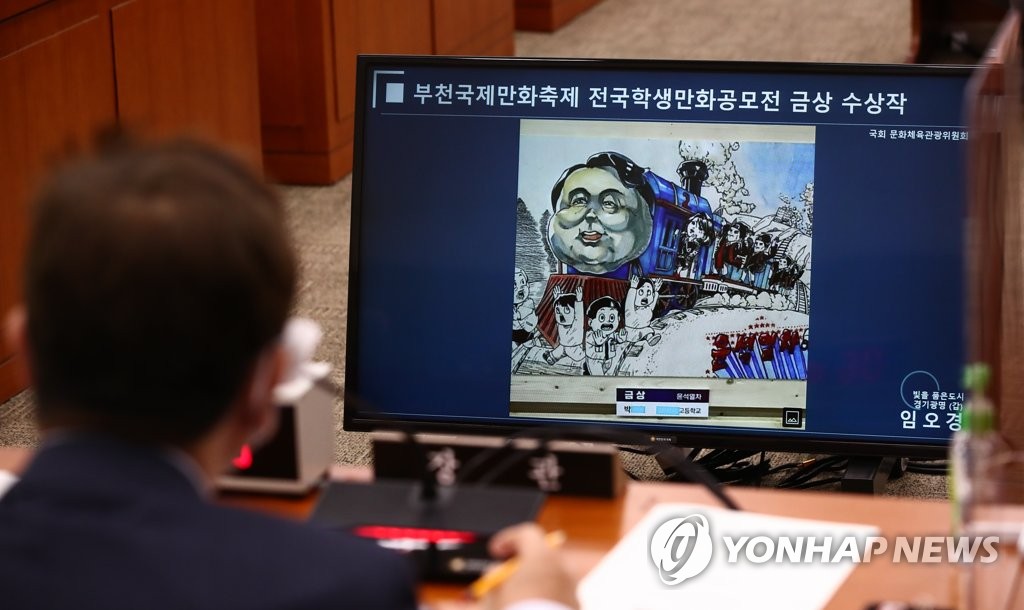