SEOUL, Oct. 6 (Yonhap) -- South Korea's top military officer offered a public apology Thursday for troubles and controversies related to the failure in the launch of a major ballistic missile earlier this week meant to send a warning message to North Korea.

Gen. Kim Seung-kyum, chairman of the Joint Chiefs of Staff (JCS), also cited the possibility of a control system problem at the time of the firing, speaking at an annual parliamentary audit on his organization.

The military fired the indigenous missile from a base in the eastern coastal city of Gangneung on Tuesday night as part of combined live-fire drills with the United States after the North sent an intermediate-range ballistic missile (IRBM) over Japan.

It was intended to hit a dummy target in the East Sea. However, it traveled westward and fell into a military golf course just 700 meters away from a civilian house.

While the propellant burned, the warhead did not explode due to a safety device, with no casualties reported.

"I am very sorry that (the military) has caused concerns to local residents and the people," Kim said during the session held at the JCS headquarters in the central Seoul district of Yongsan.

Regarding the cause of the failed launch, he said: "An early analysis points to a defect in a certain device. (The reason) is presumed to be some defect related to weapon production." 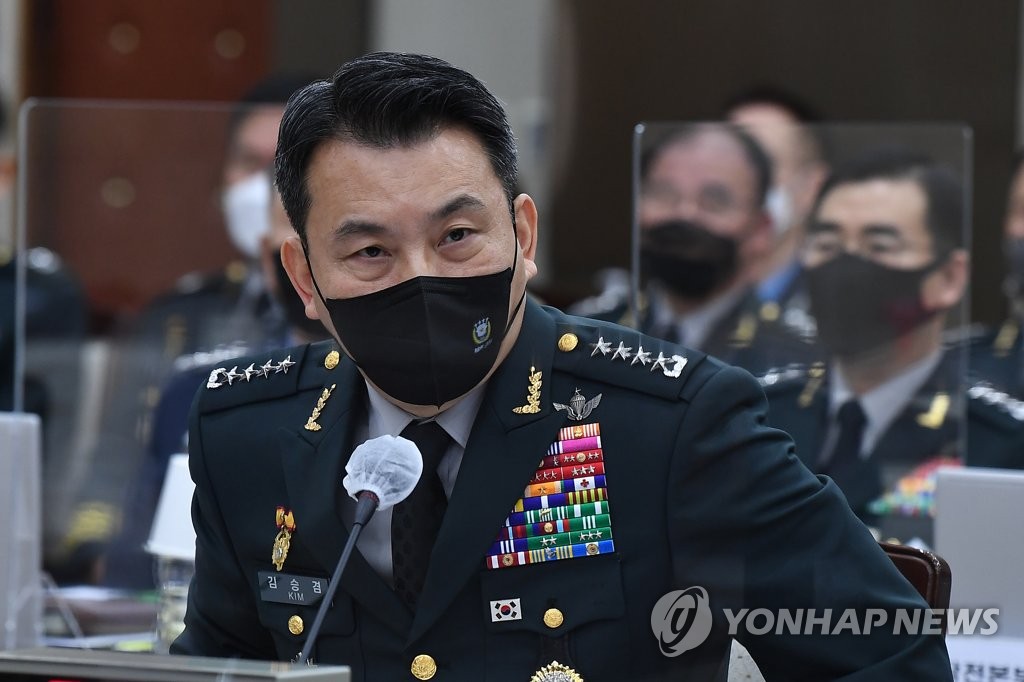 Answering a follow-up question, he said the state-run Agency for Defense Development (ADD) cites a "defect in a control system device" on the basis of its early assessment.

Members of the main opposition Democratic Party argued the incident has revealed the inability of the military under the Yoon Suk-yeol administration.

Their ruling People Power Party counterparts, however, recalled the Sept. 19 Comprehensive Military Agreement (CMA) signed between the two Koreas in 2018 during the former liberal President Moon Jae-in's visit to Pyongyang. The CMA calls for the easing of border area tensions.

Excessively mindful of the deal, the Moon government shut down a "risk-free, safe" firing range in Gosong, just south of the Demilitarized Zone (DMZ), where such a ballistic missile should have been fired, they claimed.
(END)