BUSAN, Oct. 6 (Yonhap) -- A regional court meted out a 30-year prison term to a man on Thursday on charges of smuggling in 902 kilograms of methamphetamine from Mexico, the biggest amount of drug smuggling ever in South Korea, officials said.

The 38-year-old, whose name was withheld, was accused of bringing in the drugs in December 2019 and July 2020 from Mexico in collusion with an international crime ring.

He and his accomplice allegedly imported the drugs hidden inside helical gears and smuggled 498 kilograms back to Australia, according to court records.

Worth about 3 trillion won (US$2.1 billion) in retail price and enough for 30 million doses, the smuggled drugs mark the biggest ever amount brought into the country in its drug smuggling history.

Delivering the prison sentence, the Busan District Court said the defendant "needs to be separated from society for a long time to safeguard society" from drug crimes.

The court also sentenced the 36-year-old accomplice to five years behind bars along with a forfeiture of 119 million won.

The prosecution, which had demanded a life sentence for the 38-year-old, appealed the ruling, saying social damage from drug crimes is very serious. 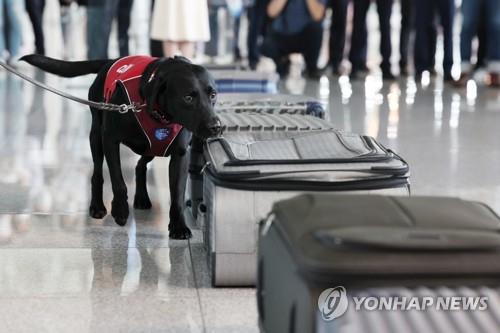