The group of eight fighter jets and four bombers staged the formation flight north of the inter-Korean air boundary at around 2 p.m., and they were thought to have conducted air-to-surface firing drills, according to the Joint Chiefs of Staff (JCS).

Some 30 South Korean fighter jets were immediately deployed to the area in an "overwhelming" response to the flight, which is a move unseen over the past year, the JCS said.

The South's Air Force scrambled the jets as the North's warplanes moved south of the Special Reconnaissance Line, which Seoul has drawn just north of the inter-Korean boundary for security purposes.

The North's provocative move came after Seoul and Washington have recently conducted air, ground and naval drills in response to a series of North Korean missile launches.

On the ground, the allies fired a total of four ground-to-ground missiles into the East Sea.

In addition, the USS Ronald Reagan aircraft carrier returned to the waters east of the peninsula Wednesday to stage a trilateral naval exercise with the South and Japan.

The carrier strike group left the waters last week following a bilateral naval exercise between the South and the U.S., and then a trilateral one among the two allies and Japan. 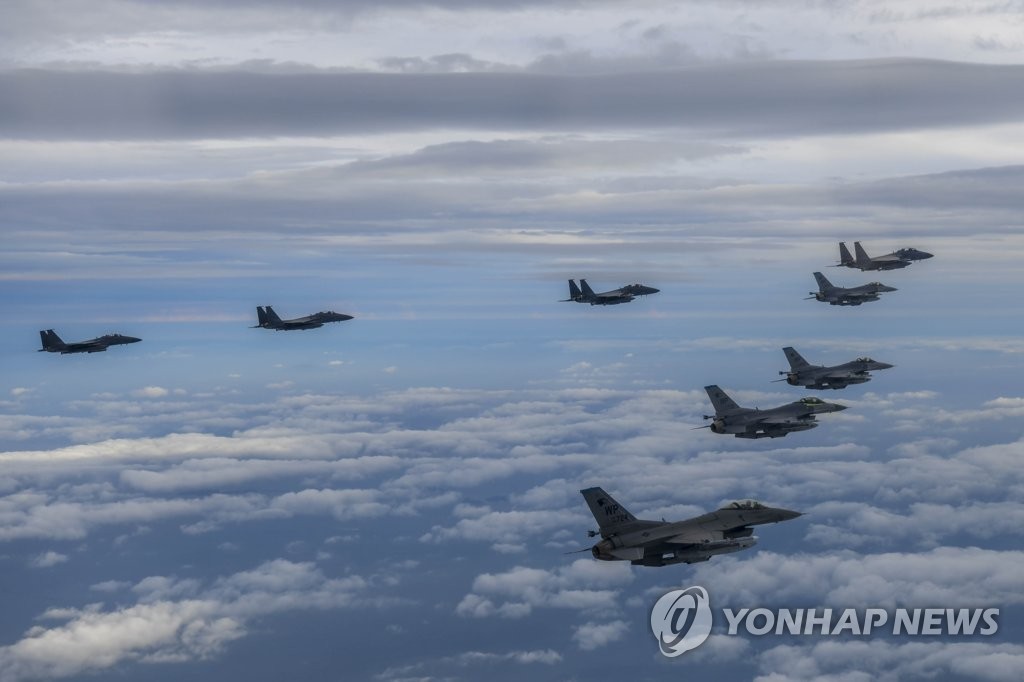