SEOUL, Oct. 7 (Yonhap) -- South Korea's central bank said Friday it will maintain its position to raise interest rates going forward to combat inflation that is expected to stay over 5 percent at least until

In a report submitted to lawmakers for a parliamentary audit, the Bank of Korea (BOK) voiced concerns a sharp slide of the local currency against the U.S. dollar will likely apply upward pressure on prices.

"It is of urgent need to keep a lid on inflation expectations and prevent high inflation from getting entrenched," the report said. "We will keep our stance to raise rates going forward."

It is in line with the BOK's repeated position that it will keep raising the cost of borrowing to rein in inflation that has been driven up amid high energy and commodity prices.

The country's consumer prices, a key gauge of inflation, grew 5.6 percent on-year in September, slowing from a 5.7 percent rise in August, thanks in part to eased price hikes of crude oil amid worries over a global economic slowdown.

Experts say inflation could be elevated anytime depending on the oil and energy price trajectory. 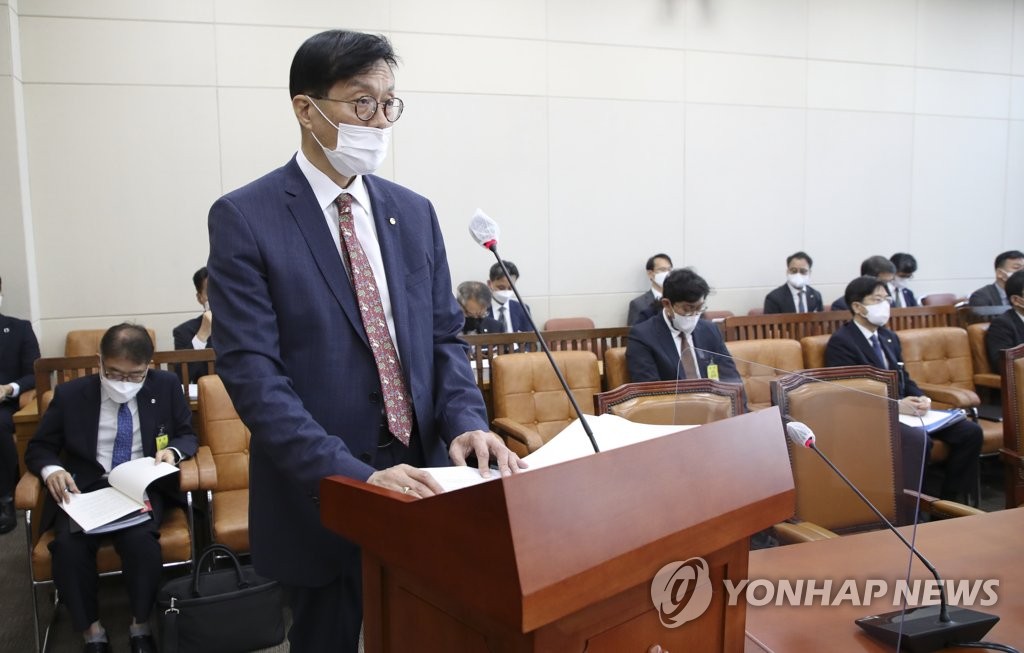 BOK Gov. Rhee Chang-yong told lawmakers during the audit session that inflation is expected to peak in October, but the problem is how fast inflation will ease going forward.

"It is likely that high levels of prices will persist," he said, adding that inflation is expected to stay over 5 percent at least until the end of the first quarter of next year.

To combat inflation, the BOK has hiked its policy rate seven times -- a combined 2 percentage points -- since August last year. The hikes include an unprecedented 0.5 percentage-point increase in July, followed by a 0.25 percentage-point rise in August.

The central bank is set to hold a rate-setting meeting Wednesday, which will be one of two remaining such meetings until the end of this year. Observers expect another rate hike, though they are divided over how sharp the rise would be.

Rhee said that the BOK will continue to place its top priority on bringing inflation under control as long as price growth stays over the 5 percent mark. He, however, declined to comment on how sharply the interest rate will be raised next week. 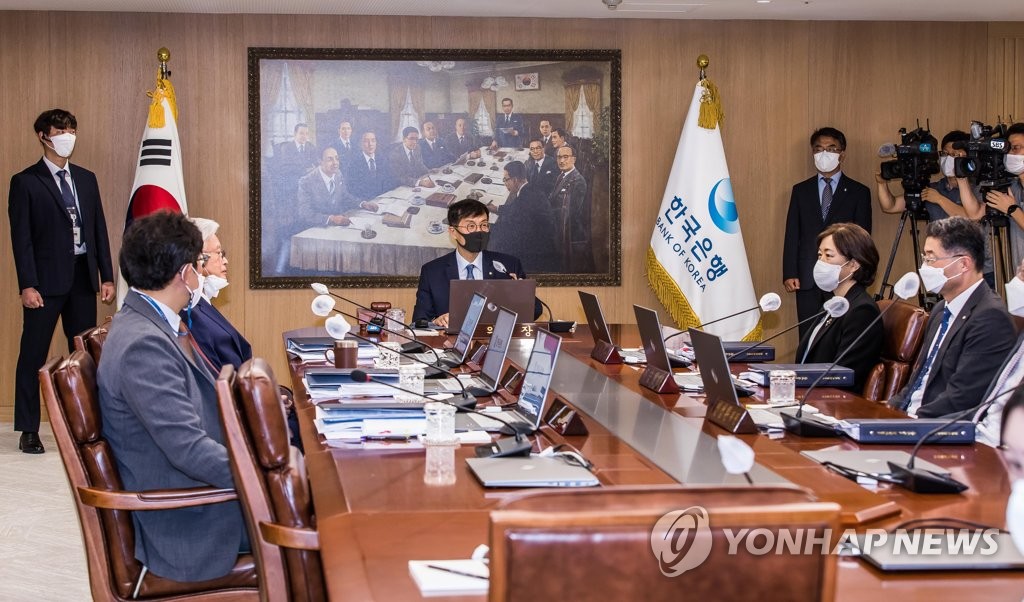 The BOK voiced worries about mounting market volatility, including the won's recent dive against the dollar, saying it is ready to take "market stabilization measures" in a timely manner.

The won's descent has emerged as a major cause for concern as it could increase upward pressure on inflation by making imports more expensive.

"We will beef up market monitoring and stabilization efforts since volatility in the foreign exchange market has intensified," the BOK said.

In a related move, the BOK said it will maintain a sufficient amount of foreign reserves in order to effectively respond to market swings and continue to seek other necessary measures, including the reopening of a won-dollar currency swap line with the United States for which both sides will continue to talk.

"We are exchanging a lot of information (on that matter) with the U.S. Fed," BOK Gov. Rhee told lawmakers.

Rhee cautioned, however, against expecting such a swap deal to be a silver bullet in easing volatility in the foreign exchange market in the long term.

Asked about the fast-declining foreign reserves, he said there is no reason to worry since they remain sufficient.

According to BOK data, the country's foreign reserves came to US$416.77 billion as of end-September, down $19.66 billion from the previous month. This marked the fastest pace of an on-month decline since October 2008.

The BOK said the decline was due in part to its dollar selling to stem an excessive slide of the won against the dollar. It dismissed worries that the amount might not be sufficient to defend the won down the road and brace for a financial crisis.