SEOUL, Oct. 7 (Yonhap) -- Having enjoyed a successful Premier League career himself, Australian legend Tim Cahill knows a great player when he sees one.

In the eyes of the 42-year-old former Everton attacker, Son Heung-min, the reigning Premier League Golden Boot winner for Tottenham Hotspur, is more than just a star in his native South Korea or in Asia.

"He's a global icon," Cahill said in an online interview with Yonhap News Agency on Thursday from Qatar, where he is serving as an ambassador for this year's FIFA World Cup in the Arab country. "I think he's probably the flagship at the moment for Asian football. He's flying the flag amazingly well because of his consistency to produce in the biggest league in the world." 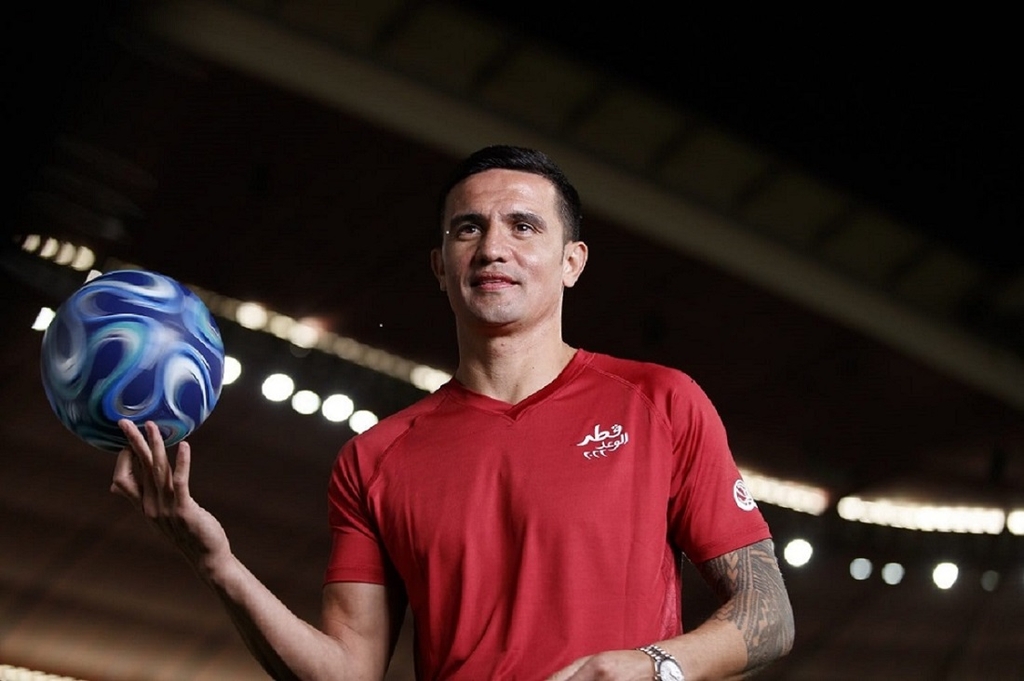 Cahill is Australia's all-time leading scorer with 50 goals in 108 caps. He is also the first Australian to score at a World Cup and still owns the record for most goals by an Australian at the big tournament with five goals.

Cahill's globe-trotting career took him through England, the United States, China, India and his native Australia. His best club years came with Everton from 2004 to 2012. He netted 56 goals in 226 league matches for the Premier League club.

Cahill has a unique perspective on Son, having faced him internationally and having kept tabs on the South Korean in retirement. He said Son's presence gives South Korea "the opportunity to capitalize on the growth of the next generation of boys and girls that want to play football" because Son inspires people with his performance and his professionalism. 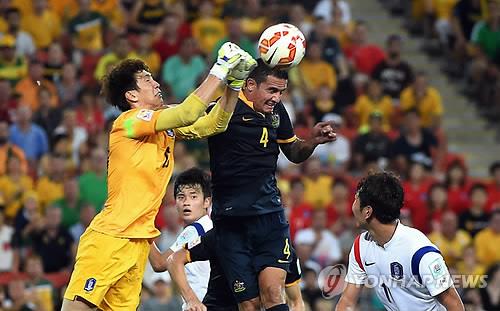 "He's a player that's very humble, very professional, and he's a very likeable character," Cahill said. "He is very consistent regardless of not being able to score some goals here or there. I am a big admirer of Son. I'm looking forward to seeing him score goals in this World Cup and enjoy an amazing journey for him and his country."

The most famous duel between Cahill and Son came at the 2015 Asian Football Confederation (AFC) Asian Cup. The two were countries paired in Group A, and South Korea beat the host country 1-0 in the group stage. In their rematch in the final, Australia edged out South Korea 2-1 in extra time, overcoming a stoppage-time equalizer by Son.

Cahill led Australia with three goals during that championship run, and both he and Son were named to the "Team of the Tournament." 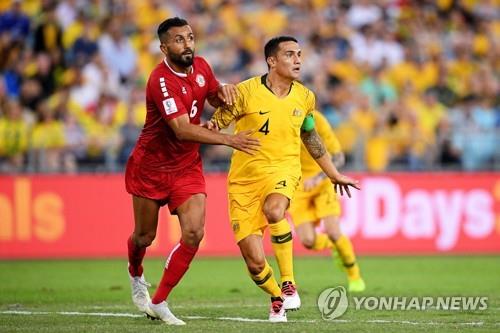 Asked what he remembers the most about the 2015 tournament, Cahill said with a smile, "It's easy. Stopping Son."

"If you can squeeze the game and deny him access to the ball, then you've got half a chance against your squad (South Korea)," Cahill said.

And this is the type of challenge Son will face at the World Cup, Cahill said. Son will draw multiple defenders to himself and he must "find ways and means to be elusive enough to do what he does in the Premier League."

The former star added that South Korea should also surround Son with help.

"You need to find players around that can take away and alleviate those pressures," Cahill said. "You can say, 'OK, we have Son.' But without the depth of the team and the coach and a good squad, then you can't go through your group or even win a game." 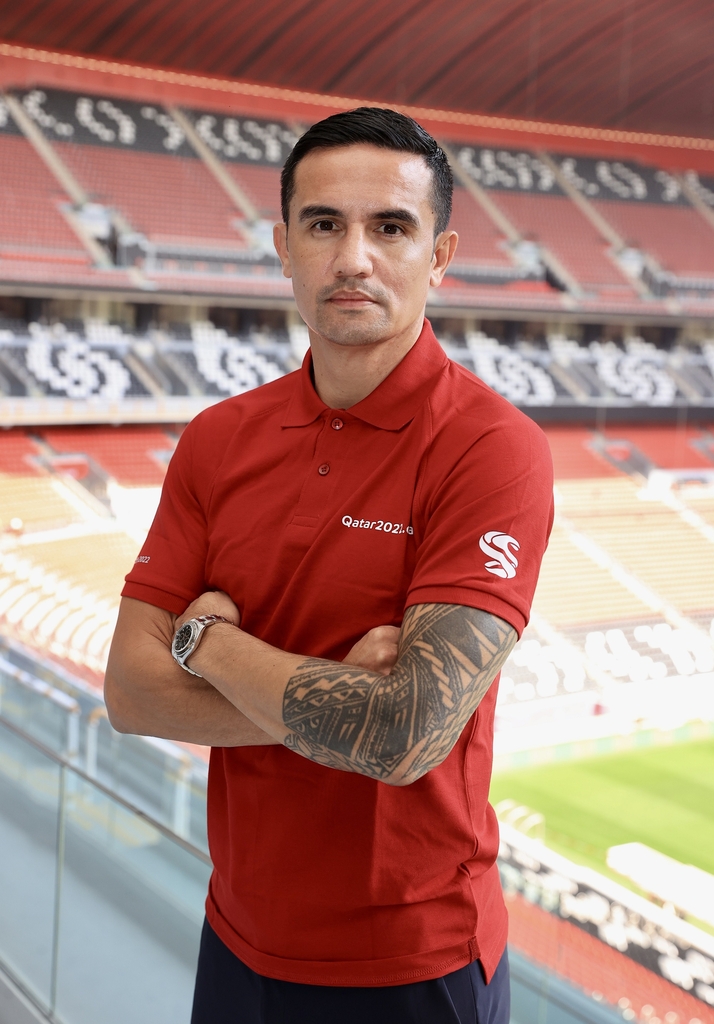 Cahill said he believes Son has enough talent to come through on the biggest stage -- so much that Cahill is glad he no longer has to face Son.

"To play against him," Cahill shook his head gently and went on, "it's actually nice to watch because he's technically very gifted. He likes receiving the balls in tight areas and he can dribble. He has power even though he doesn't look that type of player, Finishing, exceptional. Technical, I am a big fan."

Son will be playing at his third World Cup. Cahill played at four consecutive World Cups, starting in 2006. He said he was looking forward to finally enjoying the World Cup away from the pitch.

"Just to embrace the experience, be able to watch one or two games in a day, then go have a rest midday and watch another game," Cahill said. "It's just the human side of enjoying what the fans experience, things that I've never experienced in the last four World Cups." 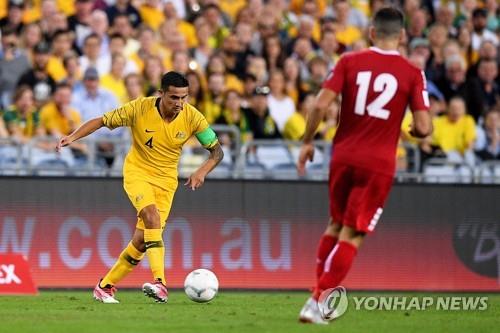 Cahill has been living in Qatar for over two years and he called himself "a local." In addition to being an ambassador for the World Cup, Cahill works as chief sports officer for Doha-based Aspire Academy, which recruits and develops local athletes. He is ready to serve as a gracious host.

"I'm looking forward to welcoming everyone from around the world to share the hospitality of Qatar," he said. "It's a World Cup that's going to be compact. Eight stadiums roughly across 70 miles, air conditioned stadiums, state-of-the-art facilities ... but also the option to watch two or three games in a day, which for me is incredible."

Cahill said having the World Cup in Qatar will have a significant impact on Asia as a whole and will encourage other countries in the region to host more international tournaments.

Asian nations have also made "amazing" progress on the field, Cahill said, though it's also important for them to go beyond just playing in the World Cup -- laying foundation for the grassroots, for example.

"In football, you need the visibility, but you also need to grow your own game in your own country," he said. "So the World Cup is the icing on the cake, but it's what you do after. For Asia, I think we always hold great account of ourselves. I think we always perform well. And now it's about trying to deliver in the hardest tournament on Earth." 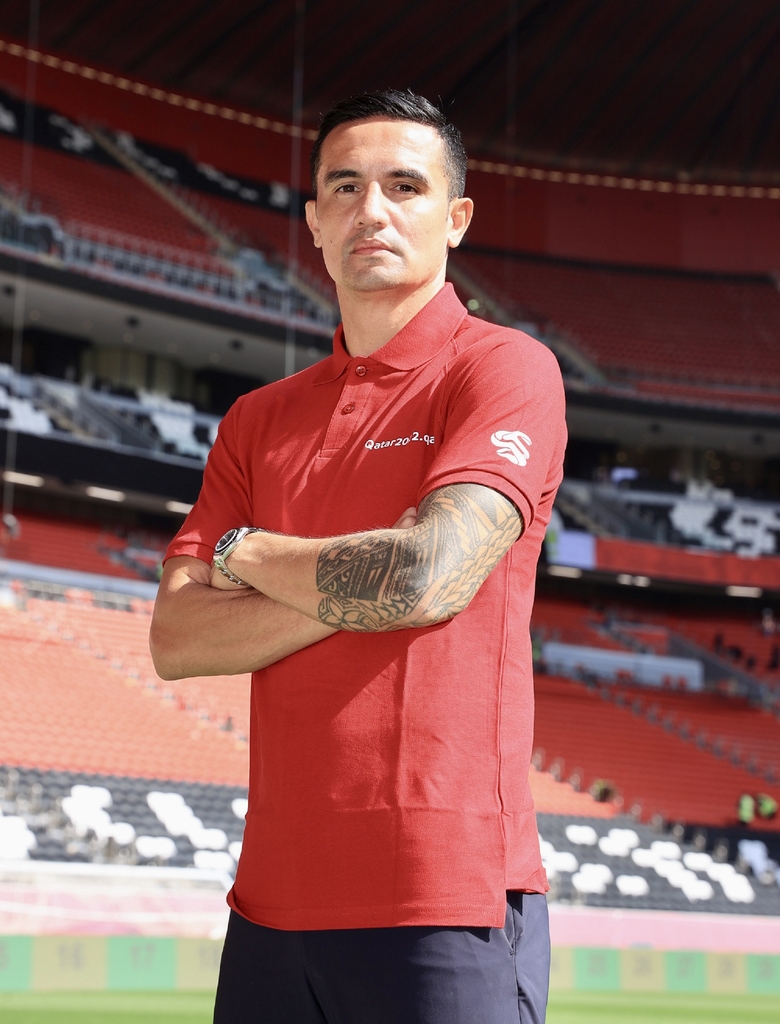 Cahill said he doesn't miss playing all that much, other than "the feeling of scoring and celebrating with fans and players."

"This is the best. This is why you play football," he said. "But 20 years. A lot of countries, a lot of caps for Australia. I think my glass is full."

Cahill was famous for celebrating goals by shadow boxing around the corner flag. Does he not miss that?

"I do it on FIFA (video game) with my kids," Cahill quipped. 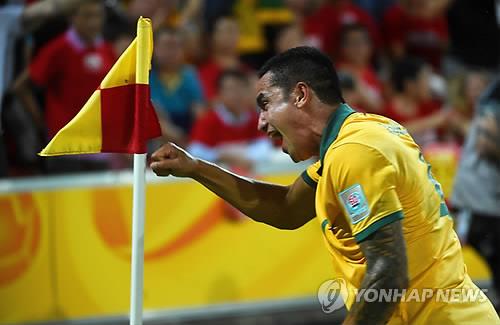