SEOUL, Oct. 7 (Yonhap) -- The U.S. Forces Korea (USFK) has brought in new pieces of equipment to its THAAD missile defense unit in a southern county in a move to complete an upgrade program to enhance the efficiency of its overall anti-missile capabilities, Seoul officials said Friday.

With Thursday's delivery of the equipment to the unit in Seongju, 296 kilometers south of Seoul, the program is expected to be complete by the end of this month, according to the officials.

The first stage of the program is to separate launchers from the battery to enable remote control of the launchers. The second is to allow the use of advanced THAAD radar information for the launch of Patriot missiles.

The last stage is to integrate Patriot missiles into the THAAD launchers. 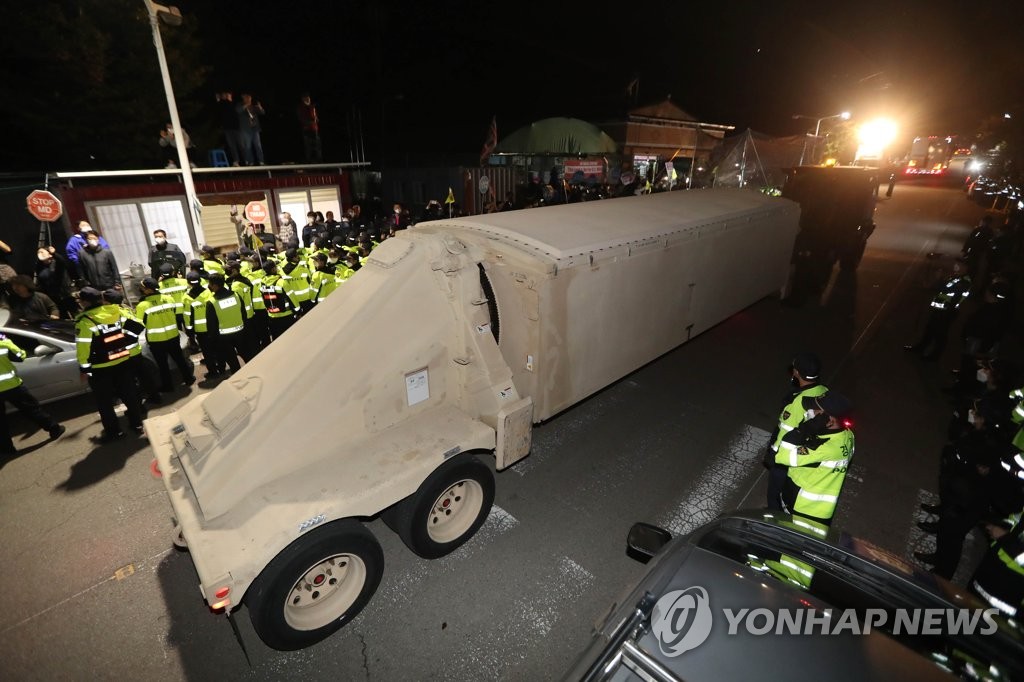 "With this upgrade of the THAAD system, the system's defense capabilities will be enhanced to protect South Korean citizens from North Korea's missile threats and further strengthen the capabilities to defend our core assets," it said in a press statement.

The ministry added that the new pieces of equipment will replace the existing ones, which will be transported back to the U.S. The remarks came amid China's opposition to any deployment of additional THAAD interceptors.

"The new equipment does not mean the deployment of an additional THAAD system," the ministry said.

A ministry official cast the upgrade as an example of the United States having delivered on its "extended deterrence" commitment to the defense of South Korea.

Extended deterrence refers to America's commitment to mobilizing a full range of its military capabilities, including nuclear options to defend its ally.

The THAAD upgrade has proceeded in a low-profile manner as China has opposed the system's emplacement in Korea, claiming the battery undermines its security interests.

The THAAD operation has also faced opposition from local residents that have raised concerns about potential health and environmental risks associated with the system's radar.

The THAAD battery was first installed in Seongju in 2017 to cope with North Korea's missile threats.