(ATTN: UPDATES with meeting of top commanders in last 3 paras)

Lee and Adm. John Aquilino shared the view that the allies have "strongly" responded to North Korea over Pyongyang's latest ballistic missile tests, according to Seoul's defense ministry.

They also agreed to seek close coordination in bolstering the allies' defense posture, it said

North Korea has ratcheted up tensions on the peninsula with a string of weapons tests, including the firing of an intermediate-range ballistic missile over Japan on Tuesday.

Later in the day, Lee presided over a virtual meeting of top military commanders.

Lee stressed the need to demonstrate the "strong" response capabilities of the South Korea-U.S. alliance to send a message to the North that its push to develop nuclear weapons and missiles would only lead Pyongyang to a "difficult" situation, according to the ministry.

He also highlighted the importance of field officers' readiness posture and enlisted troops' mental preparedness while warning against the possibility of surprise tactical provocations by the North. 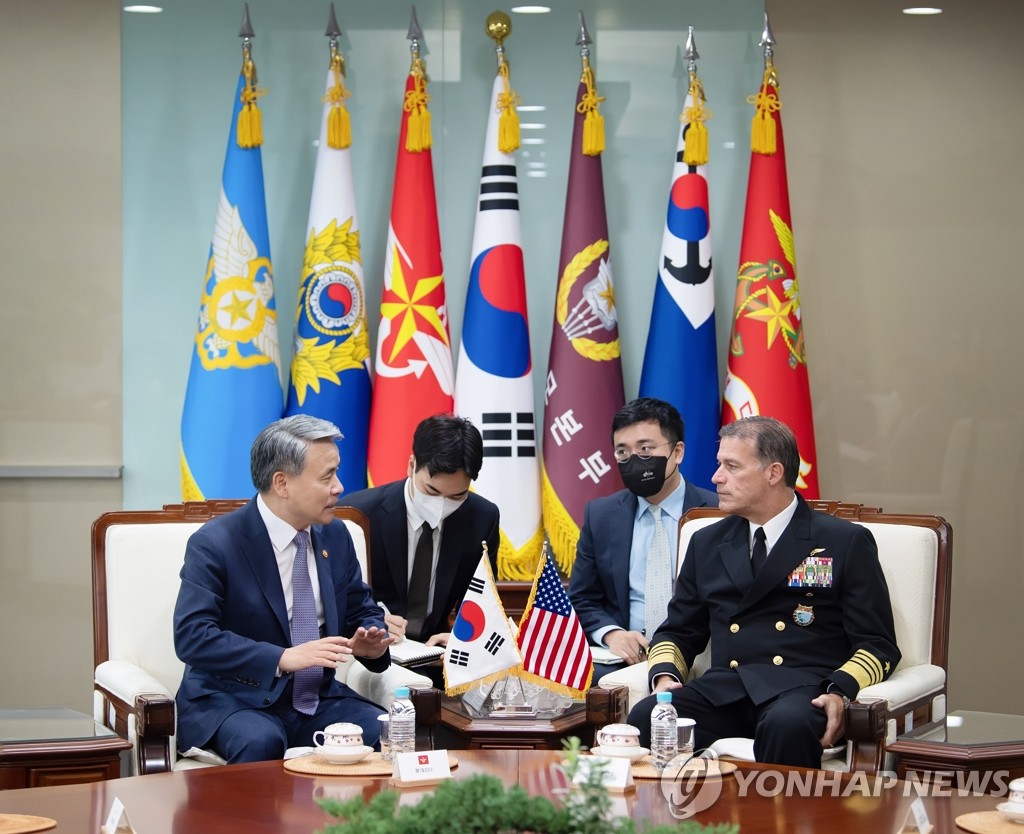