SEOUL, Oct. 7 (Yonhap) -- KakaoBank Corp., a major South Korean Internet-only bank, will review a set of shareholder return policies, including buybacks, its chief executive said Friday, as its share prices have been on a steep decline.

Shares in KakaoBank dropped by 9.38 percent to end at 18,350 won (US$13) Friday, hitting the lowest point since the company went public on Aug. 6 last year.

"We will actively review shareholder return policies, such as share buyback or share retirement, by the time the 2022 account settlement is approved at a shareholder meeting," its CEO, Yoon Ho-young, said in an internal message sent to employees.

"I offer our shareholders a sincere apology for a recent fall in stock prices," he said.

The internet bank is scheduled to report its third-quarter earnings results early next month. 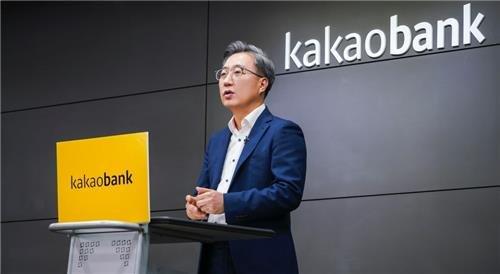