The Department of Treasury said the two individuals and three entities were involved in illegal ship-to-ship transfers of petroleum with North Korean vessels designed to evade UNSC sanctions.

"Today, the U.S. Department of the Treasury's Office of Foreign Assets Control (OFAC) designated two individuals and three entities for activities related to the exportation of petroleum to the Democratic People's Republic of Korea (DPRK), which directly supports the development of DPRK weapons programs and its military," the department said in a press release, referring to North Korea by its official name. 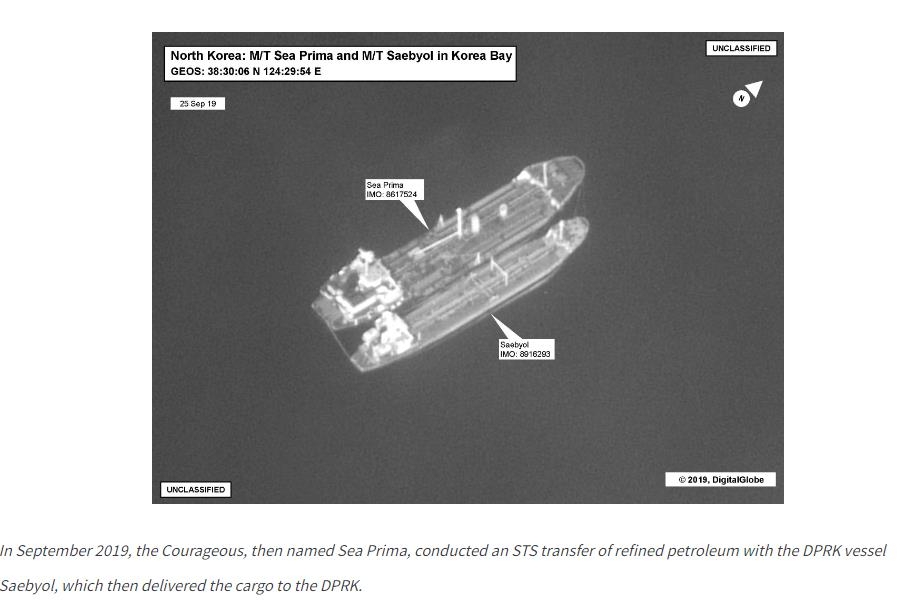 The move comes after a series of North Korean missile tests that included the launch of an intermediate-range ballistic missile flying over Japan.

"This action highlights the U.S. government's commitment to implement existing United Nations Security Council resolutions, including holding the DPRK accountable for its use of illicit ship-to-ship (STS) transfers to circumvent U.N. sanctions that restrict the import of petroleum products and support the development of its weapons programs and military," the press release said.

The department said the designation targets Singapore-based Kwek Kee Seng, Taiwan-based Chen Shih Huan and Marshall Islands-registered company New Eastern Shipping Co Ltd, "which were involved in the ownership or management of the Courageous, a vessel that has participated in several deliveries of refined petroleum to the DPRK."

The department said it is also designating Singapore-registered Anfasar Trading (S) Pte. Ltd. and Singapore-registered Swanseas Port Services Pte. Ltd., both of which are owned or controlled by Kwek, who, together with Shen, "closely coordinated STS transfers from the Courageous to the DPRK vessels."

"By designating these entities and individuals, the United States is sending a clear message that we will continue to take actions against those who support the development and sustainment of the DPRK's military and weapons arsenal," the released statement said.