The process, called electroplating, is a critical part determining the quality of the copper foil, a core component in lithium-ion batteries for electric vehicles (EVs).

As the copper foil sheets are wrapped around the half-submerged drums, it is where the technologies behind controlling the flow of the electric current in the liquid solution, and the pace of drum rotation come into play, to ensure an even spread of the material, the South Korean copper foil maker has said.

SK Nexilis has its electroplating technology designed to let the rolling process go on for as long as a full four days without interruption.

The completed copper foil roll, about 1.4-meter wide, can weigh up to 6 tons and stretch up to 77 kilometers in length, in what SK Nexilis touts as unrivaled manufacturing technology in the burgeoning industry.

"Our technologies can be summed up in three words: the widest, longest and thinnest," Yi Jae-hong, president and CEO of SK Nexilis, told reporters Tuesday during a press tour to the complex in Jeongeup, some 220 kilometers southwest of Seoul.

"As the battery lineups diversify, we also need technologies for high-strength and high-elongation," Yi said. "We're confident that SK Nexilis is taking the lead in the battery foil industry, as we continue to make various new products to respond to the diversifying battery lineups." 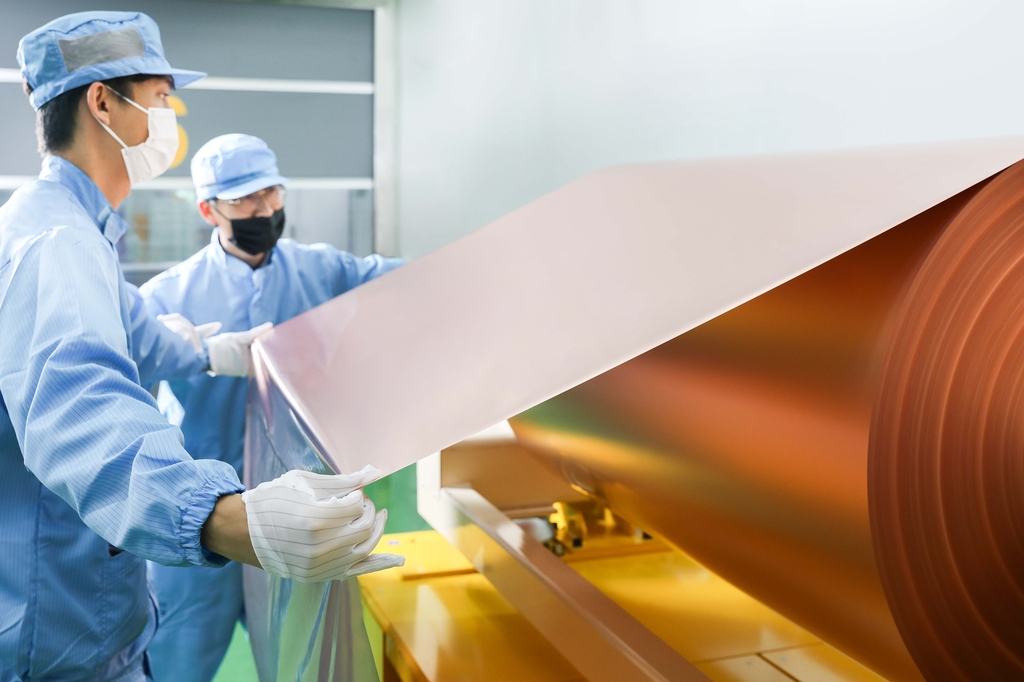 Copper foil, as thin as one-fifteenth the width of human hair, works as the anode current collector of the lithium-ion battery cell and helps dissipate the heat generated by the battery.

Copper foil manufacturing roughly comes in three stages, from dissolving pure copper with sulfuric acid and electroplating, to unwinding the copper foil rolls to slit the sheets into the width and length requested by clients.

Making the copper foil thinner and longer has been key to its manufacturing competitiveness as the thinness would allow more active materials, such as graphite, to be added to the battery cells. It also reduces the weight of the battery and boosts battery capacity.

SK Nexilis has been an industry leader, claiming to have first mass-produced 6 micrometer battery foil in 2013 and 5 micrometers in 2017. It also succeeded in producing 4 micrometer foil, about one-twentieth to twenty-fifth of human hair, in 2019.

SK Nexilis started off in 1996, mainly engaging in production of copper foil for electronic devices before pivoting to copper foil making for EVs.

The copper foil sector has become a primary business for SKC, which announced in June it was selling its polyester (PET) film business in a bid to bolster the battery materials segment.

With the six domestic factories up and running in the 129,000-square-meter Jeongeup complex, SK Nexilis is turning to making further inroads outside of home turf, the company said, with a focus on North America, where the EV demand is skyrocketing amid the widening U.S. green energy policies. 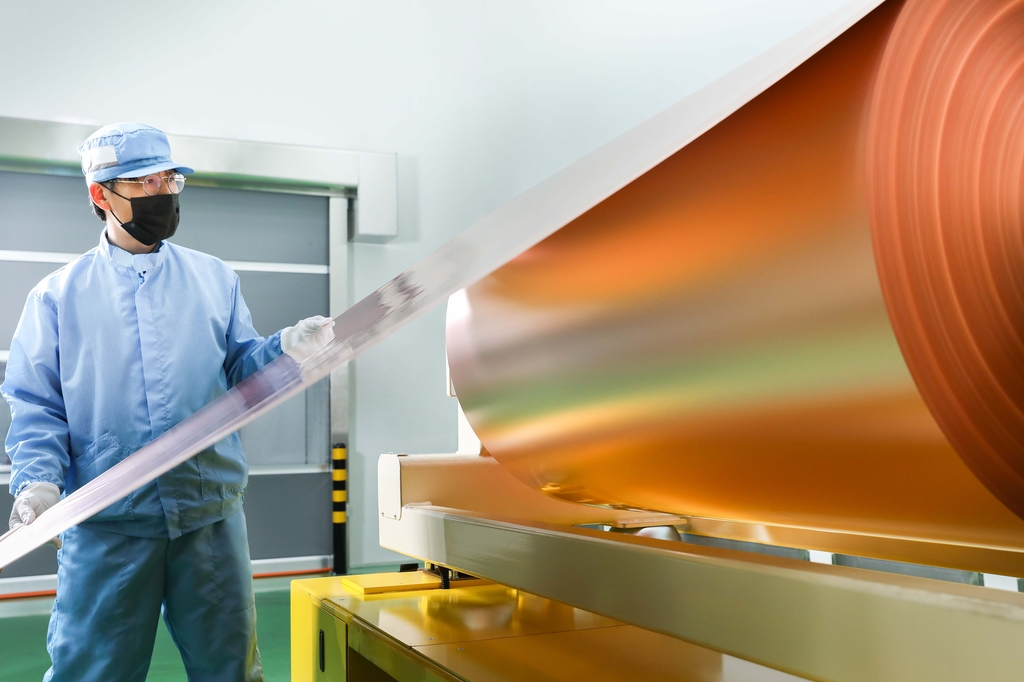 "Demand is surging in North America," SKC President and CEO Park Won-cheol said at the presser. "We plan to make a decision for the expansion within this year and the construction will start quickly," he said.

Asked about the sites being considered for its envisioned North American plants, Park hinted at the possibility of building two factories at the same time for "timely responses" to clients' demand.

"(The region) is divided into two belts, in the south and the north, so we think that it's right to expand at the same time," Park said, apparently referring to the Sun Belt and the Rust Belt in America, where major South Korean battery makers, including LG Energy Solution Co., SK On Co. and Samsung SDI Co., are either operating or in the process of building battery plants.

Park noted that the proximity to clients' production bases as well as local government incentives and electricity costs are also important factors.

In a separate release, SK Nexilis said it has shortlisted four sites within the United States and Canada as candidates for the expansion and will finalize the plan in the fourth quarter of this year.

SK Nexilis is building 50,000-ton factories in the Polish city of Stalowa Wola by the first half of 2024 and the Malaysian city of Kota Kinabalu, with an aim to go into operation next year.

The same smart technologies will be applied to its new factories under construction overseas, including Malaysia and Poland, the company said.