SEOUL, Oct. 16 (Yonhap) -- A fire at a data center near Seoul has disrupted services of South Korea's dominant messenger and internet portal for a day, affecting nearly all sectors of the country, even finance and transportation.

The fire broke out at 3:33 p.m. Saturday at the building of SK C&C located in Pangyo, just south of Seoul, which houses the data centers for Naver Corp. and Kakao Corp., South Korea's two major tech giants.

Right after the fire started, the power was cut off at the data center for safety reasons. The fire was extinguished some eight hours later. 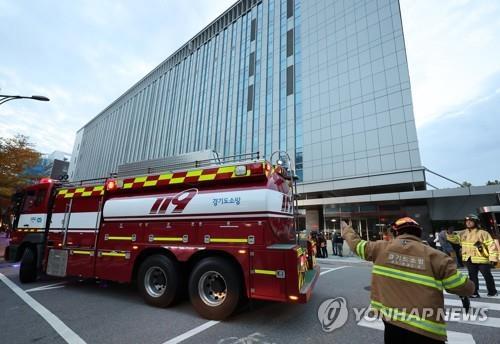 But KakaoTalk has been suffering a massive service malfunction for nearly a day, along with its affiliated services like Kakao Pay, a mobile payment and digital wallet service, and Kakao T, a transportation service app.

KakaoTalk is the most popular mobile messenger in the country of 51 million people, with 43 million monthly active users.

Users said they are experiencing inconvenience in their daily lives and business as KakaoTalk chat rooms are widely used as a tool to receive exclusive messages, coupons and other real-time information. The messenger, launched in 2010, also offers a platform to help users buy real-life goods, play games and access banking services.

"I needed to receive a photo from my business partner through KakaoTalk. But I had to go through an inconvenient process to get the photo through email because of the KakaoTalk disruption," said a KakaoTalk user, asking for anonymity. "I should've used Telegram."

Some people complained of the difficulty in making mobile payments and online transactions through Kakao Pay.

"I send some money to my parents every month automatically through Kakao Pay, but I can't verify it," said a user of the platform.

"After dinner last night, I tapped on the Kakao T app to call a cab, but it didn't work," said another user. "So I took the subway home."

Starbucks Korea, whose services involve a mobile payment service powered by Kakao Pay and online shopping for coffee vouchers on KakaoTalk, said some services were not working, while Market Kurly, a local food delivery e-commerce firm, announced that the payment system related to Kakao Pay and KakaoTalk was not available. 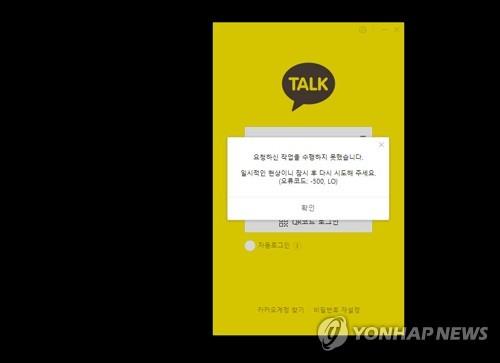 Experts blamed Kakao for its lack of preparation for a possible disaster, having no disaster recovery plans or backup sites for the country's biggest messenger program.

"If Kakao protected its data with a hot site, or a backup site, the service disruption would have been quickly resolved," said an official from a local tech firm, noting that Kakao failed to make sure its data was backed up properly.

They also pointed out that KakaoTalk has experienced multiple malfunctions in recent years, including an error in the login system earlier this month and a failure transmitting messages last year.

Although Naver's services partially went down, they were restored in a few hours as the company has an off-site backup.

Kakao said its officials had tried to deal with the data recovery in accordance with its disaster management protocol, but they did not expect the power outage at the time of the fire in the Pangyo data center.

"We started the data replicating process after the blaze, but we were thwarted by the unexpected power shutdown," a Kakao official said. "All our data are replicated, but it takes a lot of time because we have so much data."

Kakao said it is building its own data center in Ansan, 30 kilometers south of Seoul, which will be completed by next year. But it refused to elaborate on the exact location of its other data centers currently operating, citing security reasons. 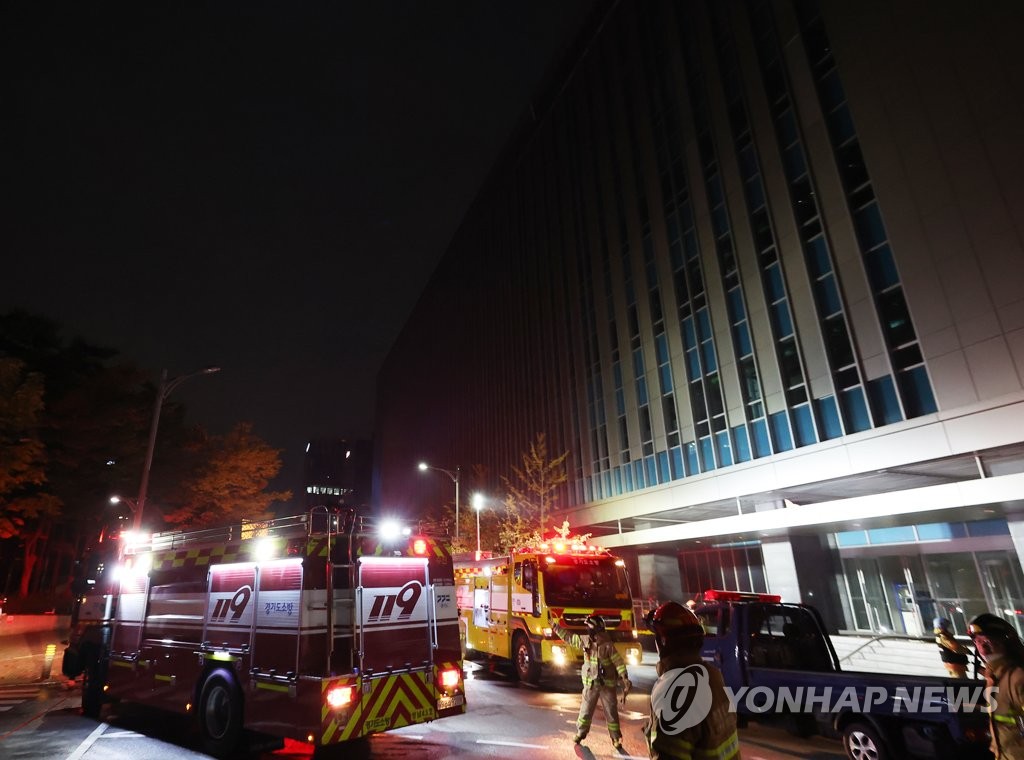