In a statement, a spokesman for the General Staff of the Korean People's Army (KPA) said the North's military fired "warning shots" in a "strong military countermeasure" against South Korea's military exercises.

The spokesperson also called on the South to immediately stop "reckless and provocative" actions that have raised military tensions on the peninsula, according to the statement carried by the Korean Central News Agency.

It came hours after the North launched more than 250 artillery shells into waters off its east and west coast. The unnamed KPA official said the move came in response to a series of "military provocative acts by enemies," citing the Hoguk military drills under way in the South.

On Monday, North Korea fired hundreds of artillery rounds into the maritime buffer zones in the East and Yellow seas that were set under a 2018 inter-Korean agreement on reducing military tensions, according to the South's military.

South Korea kicked off its annual Hoguk field training Monday to hone defense capabilities to counter North Korea's nuclear and missile threats. The drills are to run until Oct. 28.

Last week, North Korea fired hundreds of artillery shots into the buffer zones, which South Korea called a clear violation of the 2018 inter-Korean military accord. 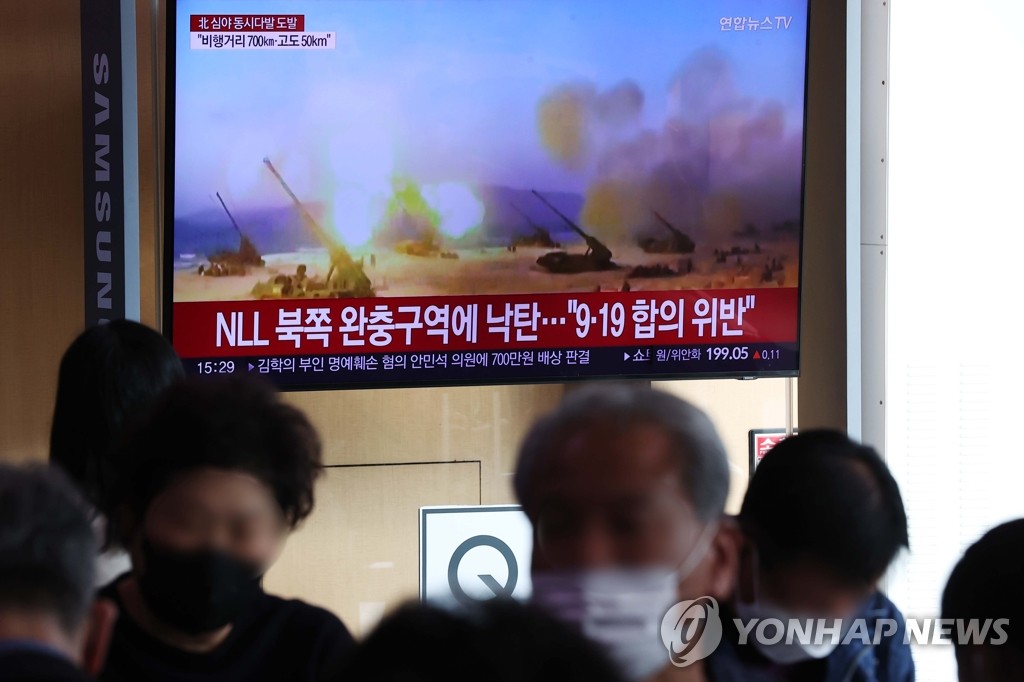