The Joint Chiefs of Staff (JCS) said it detected the shells lobbed into the Yellow Sea from Yonan County, South Hwanghae Province, starting at 12:30 p.m.

The shells landed in the western buffer zone set under an inter-Korean military agreement signed on Sept. 19, 2018, to reduce border tensions, according to the JCS. None of them fell into South Korean waters.

"Our military communicated a warning multiple times, regarding (the North's) breach of the Sept. 19 military accord and the immediate cessation of provocations," the JCS said in a text message sent to reporters.

It added it is strengthening a readiness posture to prepare for possible contingencies while tracking the North's military movements in close cooperation with the United States.

The South's military has been conducting live-fire drills, involving multiple rocket launchers, in Cheorwon, 71 kilometers northeast of Seoul. The drills that kicked off Monday are set to end Friday.

Earlier in the day, the North's military confirmed it had fired artillery shots overnight in a "powerful military countermeasure" against the South's ongoing Hoguk defense exercise set to run through Oct. 28.

Starting at around 10 p.m. Tuesday, the North fired some 250 artillery shots into waters off its west and east coasts, according to the JCS. 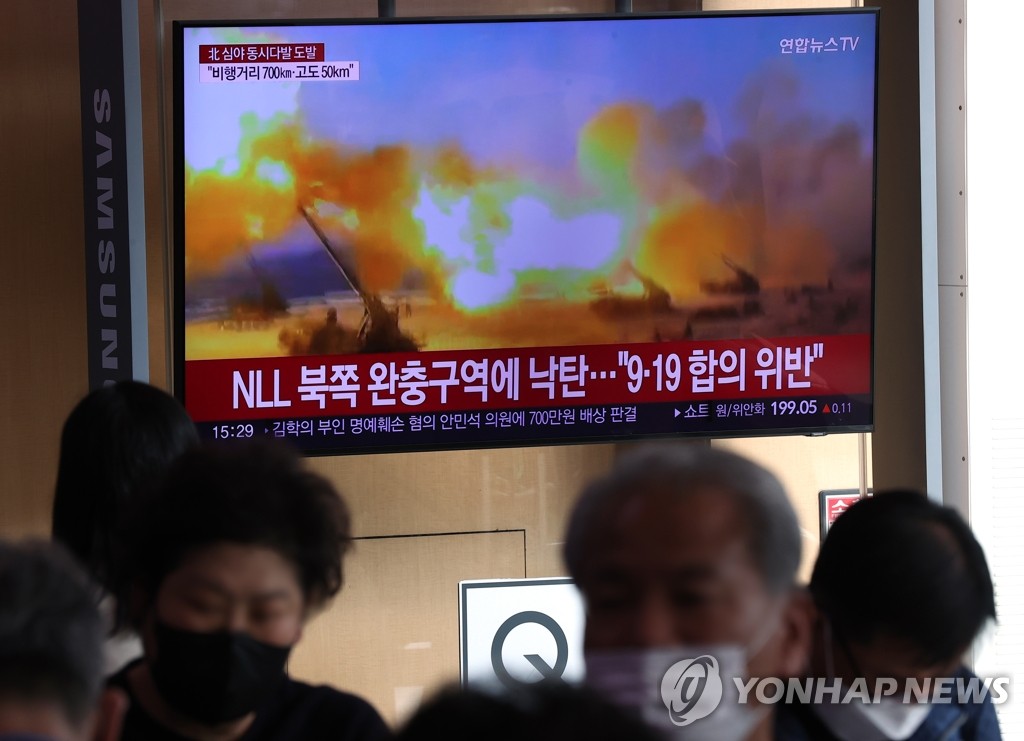