SEOUL, Oct. 20 (Yonhap) -- South Korea's unification ministry on Thursday called on North Korea to honor a 2018 inter-Korean agreement on reducing military tensions as Pyongyang's latest artillery firing constitutes a violation of the accord.

Since last week, North Korea has launched hundreds of artillery shots into maritime buffer zones set under the 2018 inter-Korean agreement in its "powerful military countermeasure" against military drills under way in the South.

"When it comes to the 2018 accord, the government believes that inter-Korean agreements should be mutually respected and implemented," a ministry official told reporters.

The ministry said "various" reasons appear to have been behind the North's latest artillery firing.

"The North's move seems to have been aimed at protesting joint military exercises between South Korea and the United States, pressing for a halt to the drills, and gauging the South's stance on the 2018 inter-Korean deal," the official said.

Seoul and Washington have held joint military drills in recent weeks in a bid to maintain a firm readiness posture in the wake of the North's missile and nuclear threats.

The South's troops also kicked off the annual Hoguk exercise on Monday to hone its defense capabilities.

North Korea's artillery firing came despite speculation that Pyongyang may refrain from military provocations during the ongoing 20th Congress of the Chinese Communist Party. 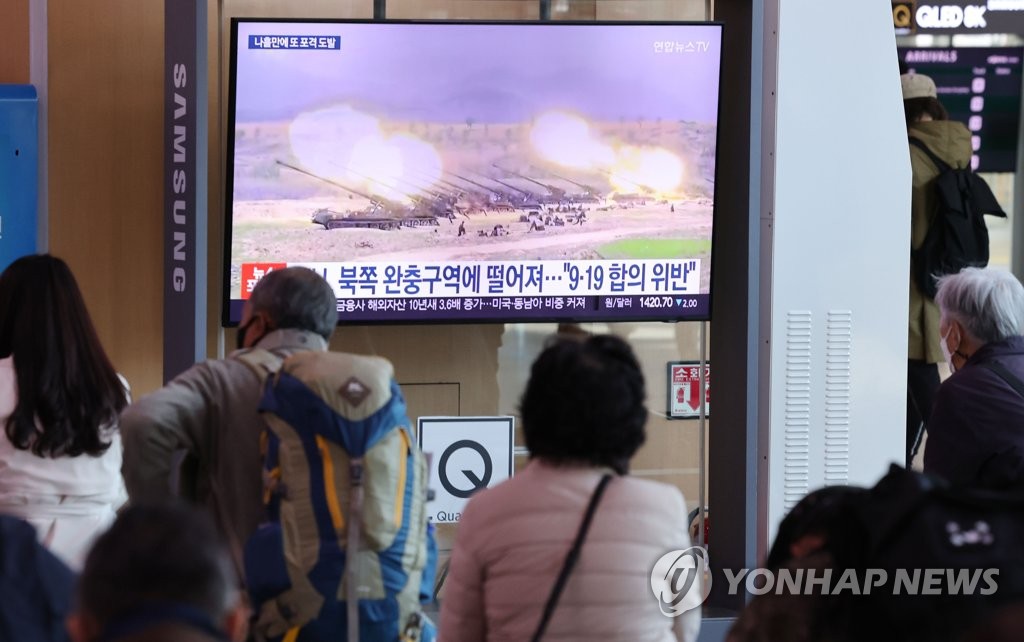