SEOUL, Oct. 20 (Yonhap) -- President Yoon Suk-yeol's approval rating rose to 31 percent this week, a survey showed Thursday, rebounding from a decline over his use of foul language caught on a hot mic during a trip to New York.

The poll of 1,000 people from Monday to Wednesday found that Yoon's approval rating gained 2 percentage points from two weeks earlier.

Yoon's approval rating had declined after he was caught on a hot mic making remarks that appeared to include vulgar words. Also at issue was whether he talked about U.S. Congress or President Joe Biden when using such words as the recording was not clear due to noise.

Yoon's office said he only talked about domestic politics without mentioning U.S. Congress or Biden. 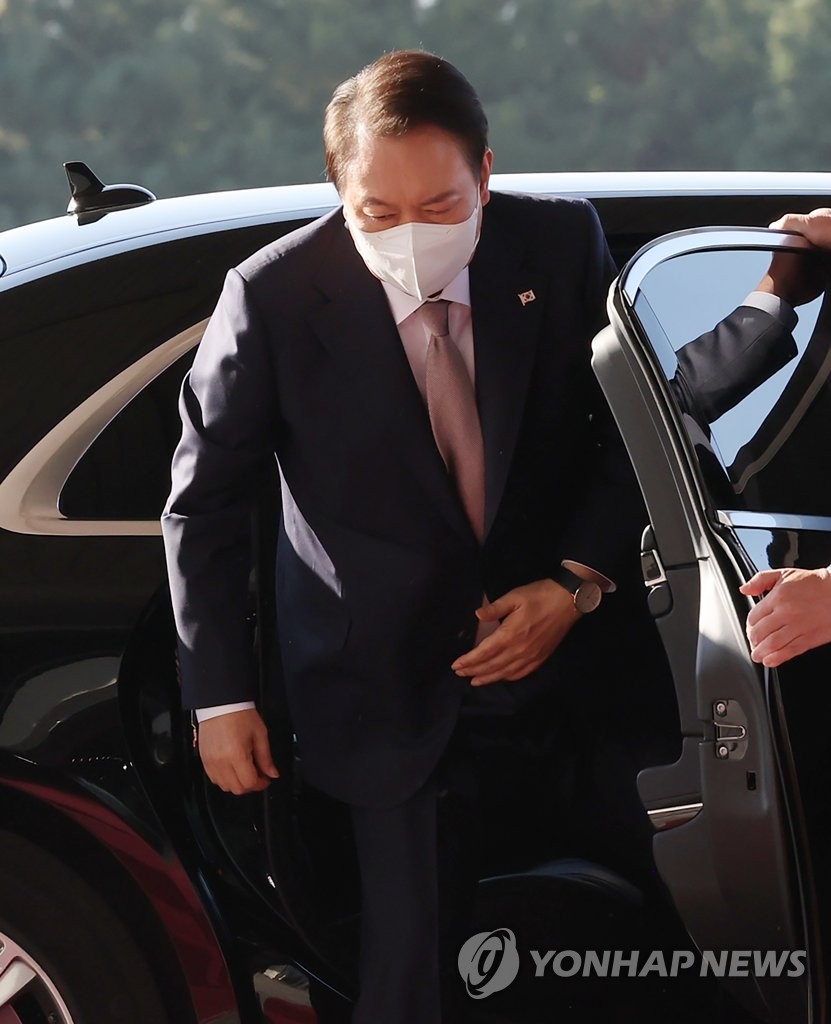