SEOUL, Oct. 20 (Yonhap) -- South Korea's Defense Minister Lee Jong-sup instructed field officers Thursday to employ "ultra-precision" missiles for an "immediate" response in case of a contingency during his inspection of an Army unit, his ministry said.

Lee's visit to the unit of the Army Missile Strategic Command came as Seoul and Washington are striving to sharpen deterrence following a series of North Korean military provocations, including this week's launch of hundreds of artillery shells.

The ministry did not disclose the exact name and location of the unit.

"The minister directed (field officers) to maintain a firm readiness posture to keep watertight operations under any circumstances and make an immediate response using our military's world-class, ultra-precision high-yield missiles when a mission is given," the ministry said in a press release

The ministry released a photo showing the minister inspecting the unit against the backdrop of what appears to be a Hyunmoo III cruise missile.

The minister also stressed the importance of troops' "psychological readiness posture" and their skills to proficiently handle military hardware. 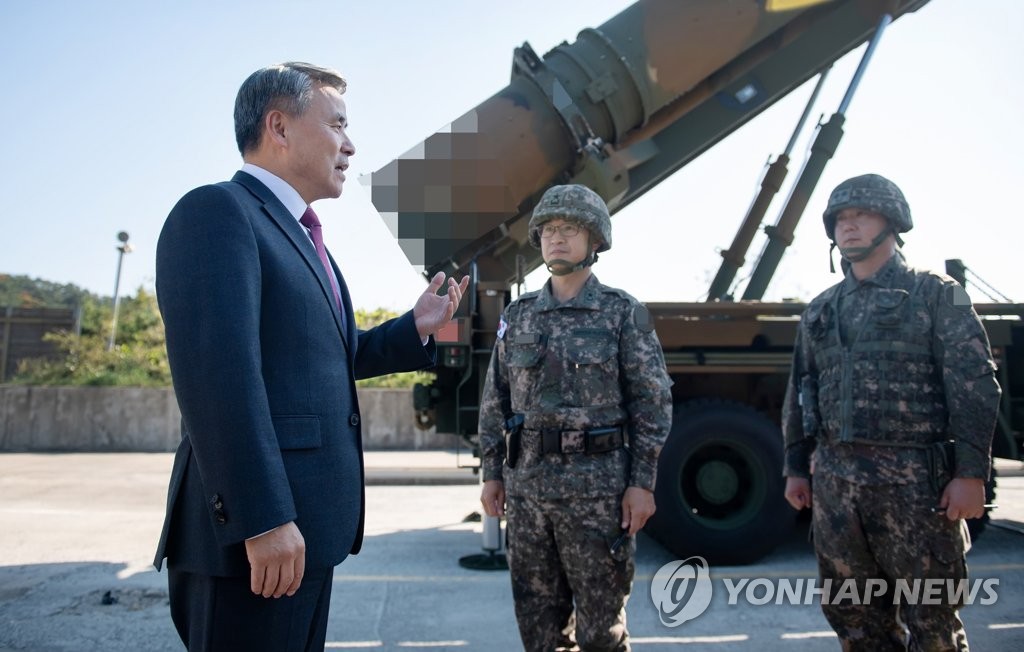