SEOUL, Oct. 24 (Yonhap) -- South Korea's emergency bond-buying measures are expected to ease anxiety "in the short term" over a credit crunch in the corporate debt market that has been roiled by a recent default on municipal government-guaranteed borrowing raised to construct a local theme park, analysts said Monday.

They, however, expressed skepticism over the measures' long-term impact, worrying that borrowing costs will continue to rise as the central bank is expected to push for rate increases and such hawkish monetary policy could precipitate an economic slowdown.

On Sunday, Finance Minister Choo Kyung-ho convened a hastily arranged meeting with the chiefs of the Bank of Korea (BOK) and other financial authorities, and announced that the government will inject an additional 50 trillion won (US$35 billion) worth of liquidity to ease worries over a credit squeeze in the local corporate bond market.

The bond-buying measures include tapping into a 20 trillion-won bond stabilization fund and the doubling of the ceiling of state-run banks' corporate bond buying to 16 trillion won, a move aimed at supplying liquidity and capping market interest rates. They also reassured investors that municipal governments will do their best to honor their guarantees for such debt issuance.

These moves came after the local corporate debt market has been roiled by a recent default on payment obligations of a municipal government-guaranteed asset-based commercial paper worth 205 billion won raised to fund the construction of the Legoland theme park in the eastern province of Gangwon. The theme park opened in May this year.

Despite Gangwon Province's pledge later to ensure the payment of the debt by the end of January 2023, market jitters have not subsided with worries growing over a credit crunch that could make it tougher for businesses to borrow money.

On Friday, the yield on unsecured three-year corporate bonds with an AA- rating soared to 5.736 percent, much higher than 2.310 percent a year earlier but it plunged by 14.4 basis points to 5.592 percent on Monday. Bond yields and prices move in opposite directions. 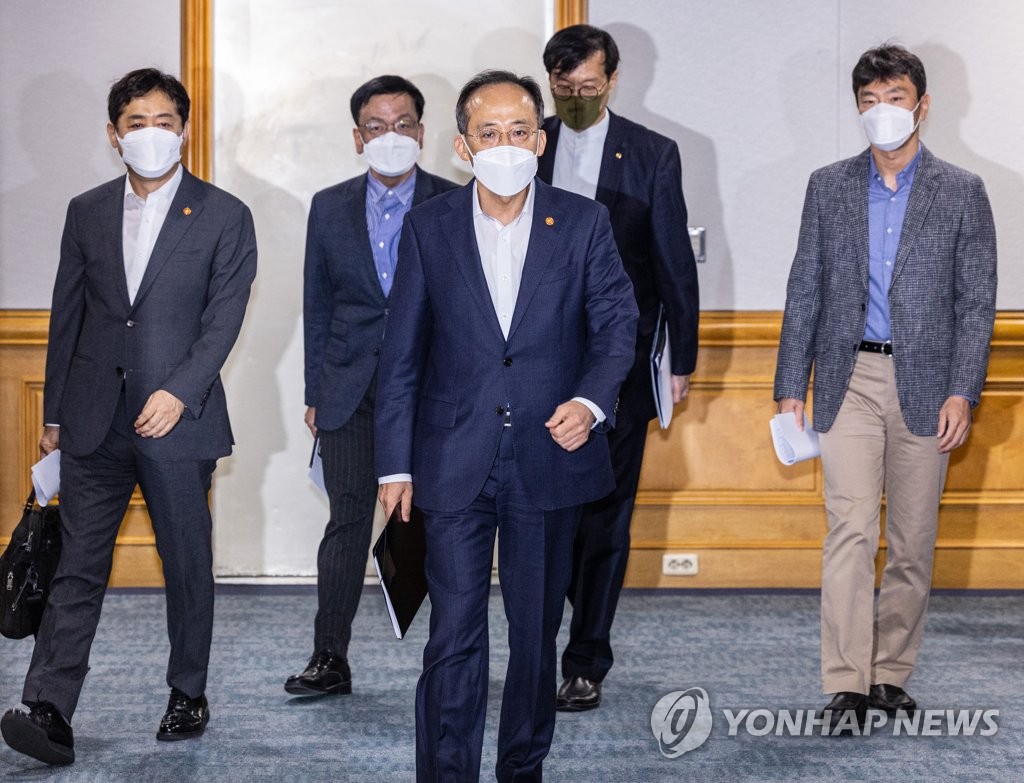 "The joint action by such financial authorities as the finance ministry, the BOK and the Financial Services Commission, along with other relevant agencies ... will contribute to market stabilization," Kong Dong-rak, an analyst at Daishin Securities, said.

More noteworthy is that the action has helped to draw reassurances from municipal governments to respect their debt guarantees going forward, a move that will ease market concerns that have been raised in the wake of the Legoland debt default, the analyst added.

The recent bond market turmoil has drawn keen attention as soaring borrowing costs could hurt corporate investment and slow down economic growth already facing growing headwinds from monetary tightening in major countries to combat inflation that could tip the global economy into a recession.

They refer to the BOK's unwavering hawkish stance to tamp down inflation and the local currency's continued slide against the U.S. dollar that has been compounding the ongoing efforts to bring prices under control by making imports more expensive.

BOK Gov. Rhee Chang-yong reaffirmed that the central bank remains committed to bringing down inflation regardless of the government-led bond-buying programs to stabilize the corporate bond market.

"I don't think that the preconditions for monetary policy have changed as the market stabilization measures are microeconomic steps taken in response to heightened levels of concerns surrounding asset-based commercial paper," Rhee said after attending the weekend emergency meeting. 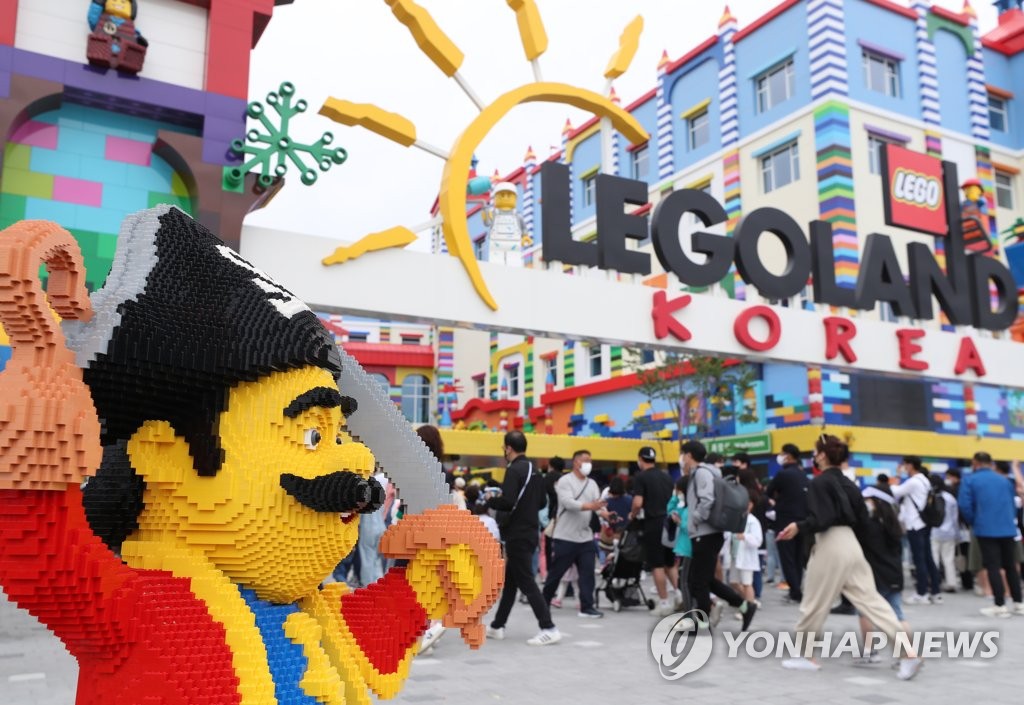 The BOK has raised its benchmark rate by 2.5 percentage points through eight hikes since August last year, including its second-ever big-step rate rise of 50 basis points early this month. It is widely expected to deliver an additional rate increase next month when it is to hold its last rate-setting meeting for this year.

"The fact that the BOK has not changed, it appears that the impact of the measures will be limited," said Kim Sung-soo, an analyst at Hanwha Investment & Securities. "Gov. Rhee emphasized that the central bank's macroeconomic monetary policy stance has not changed through the latest action, showing that demand and supply in the (bond) market will not be a major consideration for future rate decisions."

Kim Ji-na, an analyst at Eugene Investment & Securities, shared the view that the weekend action will fall short of stabilizing the corporate bond market in the longer term, citing the low possibility for the BOK's "pivot" in its monetary policy stance at a time when the U.S. and other major economies have hinted at hawkish steps down the road.

The prospects of more rate increases are growing as the U.S. Federal Reserve is expected to ratchet up hikes to fight decades-high inflation for the time being.

"The fundamental reasons for rate increases have not been resolved. Without confirming any signs of inflation peaking, the chances are low for a pivot," the analyst said." The chances are low too for the (Federal Open Market Committee) to mention slowing down the pace (of rate increases) when it meets in November. Anxiety will persist into next month."