"No other country has chosen climate change as the theme or sub-theme of the World Expo," Park said in his opening remarks. "The World Expo will significantly benefit the region if it were to be held in Busan as climate change is the single greatest threat to the Pacific island countries." 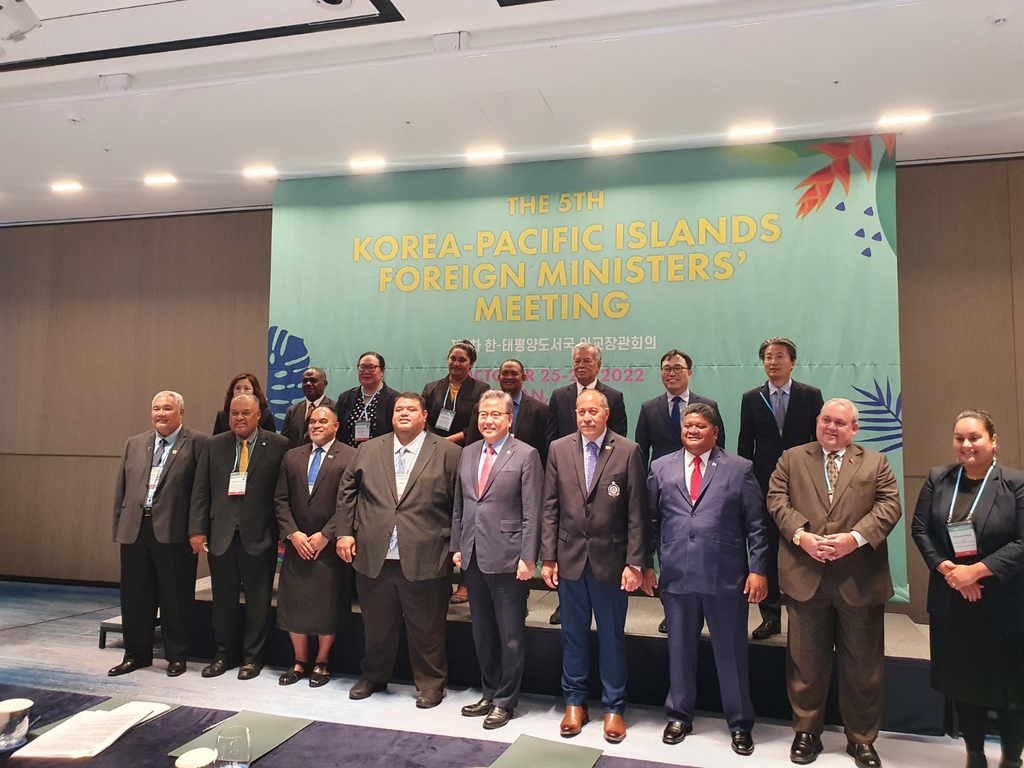 Under the theme of "Vision for the Resilient Blue Pacific," the top diplomats agreed to expand partnerships on climate change, maritime and other issues of regional concern.

"(South) Korea is committed to strengthening partnerships with the Pacific island countries for the regional sustainable development and enhanced resilience," Park said.

He added that South Korea will also expand development aid for the Pacific island nations to help them cope with climate crisis.

"Under the 2050 Strategy for the Blue Pacific Continent, we will increase Official Development Assistance (ODA) that effectively accommodates the demands of the Pacific countries," he said.

Participating in the meeting were foreign ministers from Papua New Guinea, Fiji, the Republic of the Marshall Islands, the Solomon Islands, Tuvalu, Vanuatu, Tonga, Palau, Niue, Nauru, Kiribati, the Federated States of Micronesia, Samoa and the Cook Islands.

Since 2011, South Korea and the 14 Pacific island nations have held talks of foreign ministers. South Korea plans to host its first-ever summit meeting with the PICs next year.