SEOUL, Oct. 27 (Yonhap) -- "Highway Family" tells a story of a homeless family taking shelter in highway rest areas, but the movie neither looks down on their poverty nor tries to deliver a message about what is right or wrong.

Instead, director Lee Sang-moon's feature debut film essentially leaves the audience with this question: What is a family?

The movie follows Ki-woo (Jung Il-woo)'s family camping out in highway rest areas with a small amount of money he borrows from passersby to feed his pregnant wife Ji-sook (Kim Seul-ki) and two children. Ki-woo asks for their account numbers so he can pay them back, but he never keeps his promises. 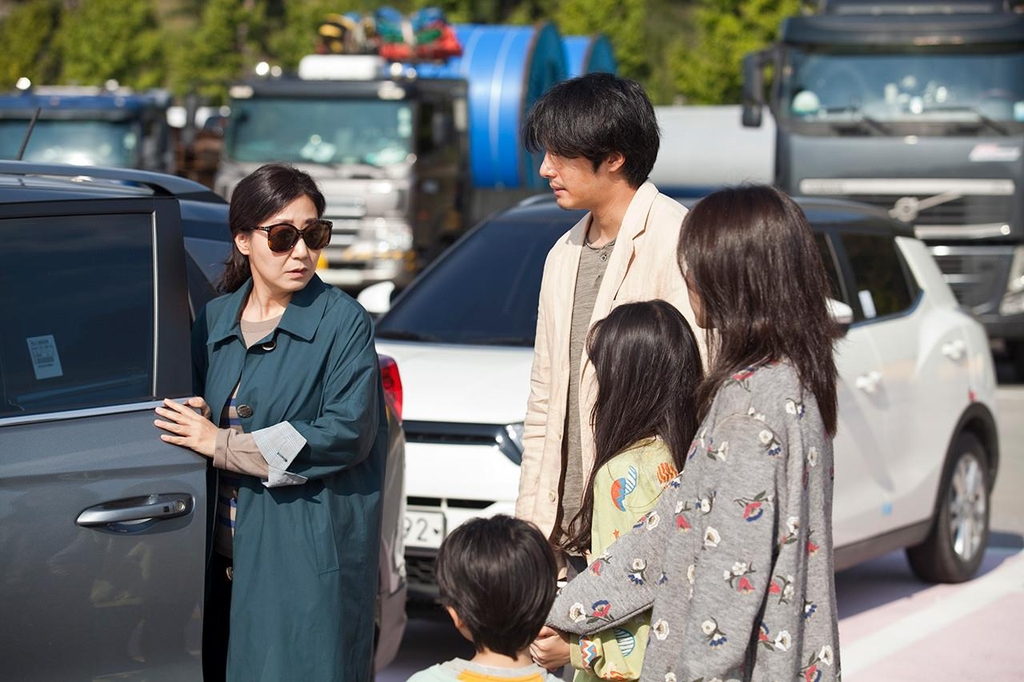 At first sight, there is something too happy about the family living under the motto of "life as a journey."

But it is not an ideal place for the girl and the boy, each aged 9 and 5, who are often hungry and exposed to danger when they play hide-and-seek in a parking lot full of cars, including heavy-duty trucks.

Young-sun (Ra Mi-ran) sympathizes with them and lends 70,000 won (US$50) to Ki-woo but later discovers that he repeatedly takes money from people using the same tactic. The middle-aged woman reports Ki-woo to police and he is arrested on charges of fraud.

Unable to leave the pregnant mom and her kids in a police station and still grieving the death of her son, Young-sun takes them to her second-hand furniture store.

The makeshift family seems to get along in a safe place, but Ki-woo wants his family back and escapes from the police detention center. Being chased by police, the penniless man haunted by traumatic memories transforms into a violent lunatic.

What makes the heart-wrenching drama work is the contrast between Ki-woo's obsession with his family and Young-sun's emotional detachment from her husband after the loss of their son.

The homeless family's insecure life is portrayed in shaky hand-held shots, while Young-sun and her husband are mostly locked in shots taken from fixed points. 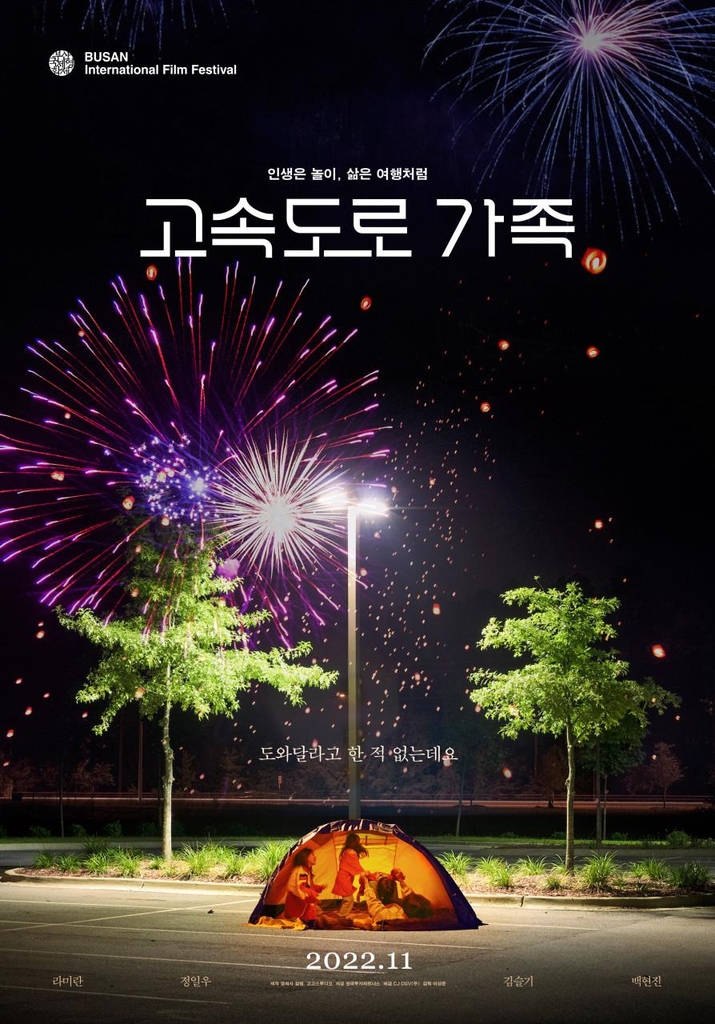 The movie deals with a broader theme of humanity, inequality and morality through the socially and economically isolated family, but it doesn't highlight the loopholes of the welfare system.

The homeless family is united by marriage and blood, but it seems apparent that the mom and children can live a normal life when their reckless father is not around. Though Ji-sook loves her children, it is Young-sun who better takes care of them and even teaches the girl, who can't write her name at the age of 9.

Audience members can relate to each character in different ways, but they might be baffled by a confusing ending that is not clear whether it's reality or fantasy.