SEOUL, Oct. 27 (Yonhap) -- For many people, waking up on time in the morning might be the most difficult part of the day. They may have to get up early to get to work, attend an important interview or meeting, or just want some time to work on their hobby.

Alarm clocks or alarm applications that emit noisy sounds meant to spur people to drag themselves out of bed have been steady sellers for decades.

Shin Jae-myung, CEO of DelightRoom Co., which developed popular alarm app Alarmy, said he found it hard to wake up at odd hours to prepare for his school lectures.

"I put my phone in the bathroom before I went to bed. Next morning, when the alarm rang, I had to go to the bathroom to turn it off," he said in an interview with Yonhap News Agency last week. "That was the most unfailing way to get me up on time. And I wanted to make this pattern automated on my smartphone." 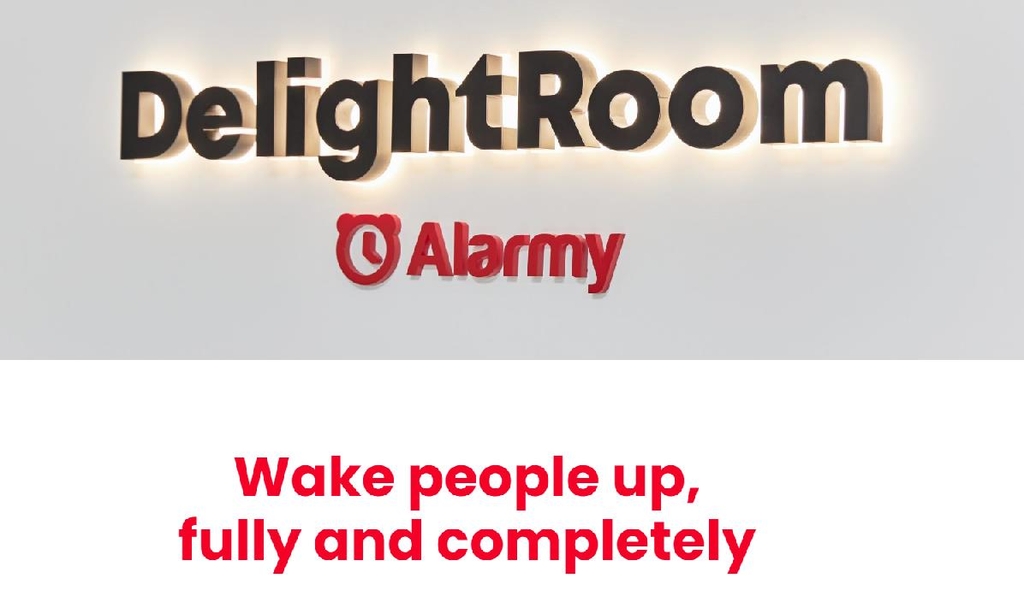 His Alarmy app, first launched in 2012 and now available free both for Android and iOS, is different from basic alarm clock apps that are simple to set to snooze.

The so-called "photo from a location" function is its signature feature. Users mark their routine destination, which is far from their bed, and the only way to dismiss the alarm is to take a photo in that place.

The app also offers other modes, like solving math problems or doing squats, helping people stay awake and get ready to start the morning as soon as possible.

Shin, 33, who majored in computer science in college, said his app helps people reduce the period of sleep inertia, referring to a mental state where people feel drowsiness and disorientation after awakening.

"Alarmy solves sleep inertia through those missions like taking a photo or solving a math problem," he said. "It makes sure that you aren't only awake but also start doing the morning tasks right away without wasting time for snoozing and drowsing." 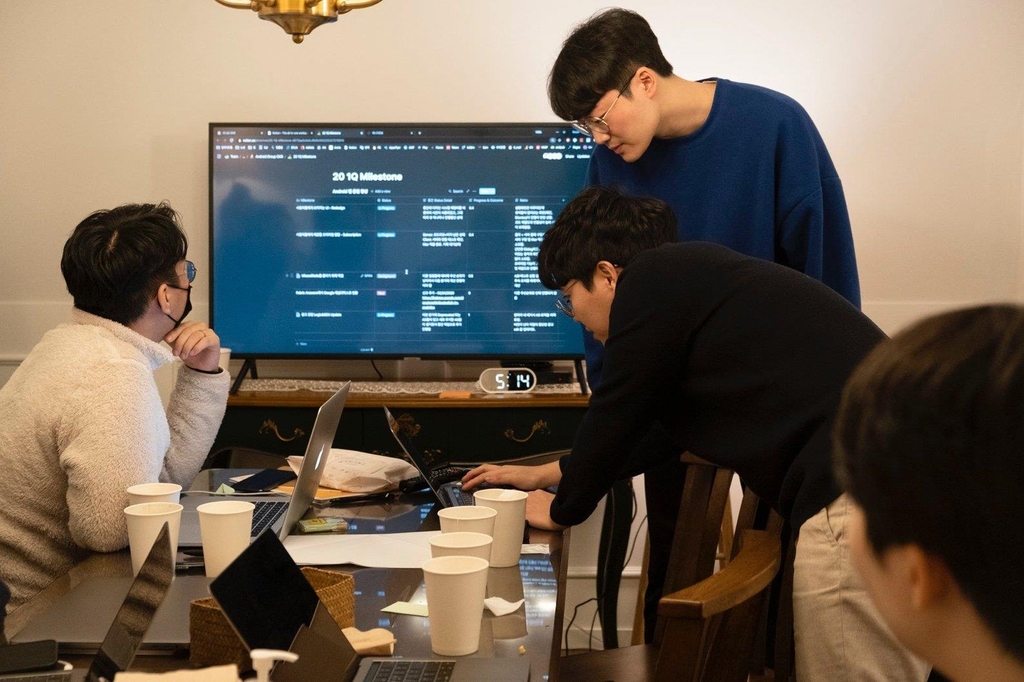 The effective morning call method has spread in worldwide popularity over the past decade, topping popular alarm app lists in more than 90 countries. A cumulative 65 million downloads have been reported since its launch, with 4.5 million monthly active users.

It recorded 13 billion won (US$9.2 million) in revenue and 6 billion won in net profit last year and the numbers are forecast to increase to 20 billion won and 10 billion won, respectively.

Based on its success with the app, DelightRoom recently acquired MyRoutine, a daily management app for keeping track of plans, routines and goals, as part of its vision to expand its business portfolio to a wellness service that manages users' lives from morning to night.

"I'm very interested in ways to change people's behaviors and Alarmy is one of the outcomes," Shin said. "MyRoutine helps users focus on achieving their goals and receiving encouragement from fellow users."

Ok Min-seong, who runs MyRoutine, said a growing number of people are concerned about wellbeing and having a nice, smooth day from the start.

"Alarmy helps people get off to a good start and then, they manage their daily plans and habits through MyRoutine," she said. "Our apps are targeting those who want to design their daily life in a more successful way."