SEOUL, Oct. 28 (Yonhap) -- Jin, a member of K-pop juggernaut BTS, debuted as a solo artist through a collaborative single with British rock band Coldplay on Friday.

The vocalist simultaneously released "The Astronaut" and its music video worldwide at 1 p.m. in Korea, or midnight in the United States (EST).

"The Astronaut" marks his first official solo single although he has unofficially released a few songs, such as "Super Tuna," "Abyss" and "Tonight," on special occasions, including his birthday.

He became the second member of the septet to make a solo debut, following J-Hope, who dropped his first solo album, "Jack In The Box," in July. 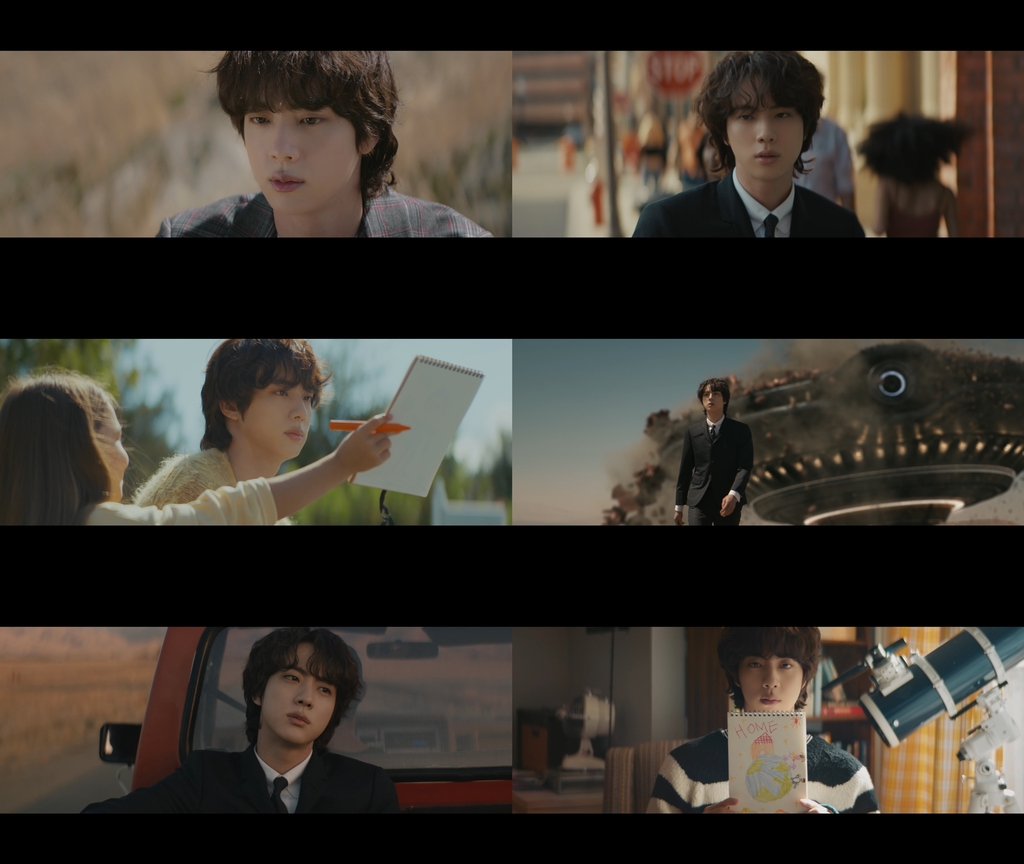 Earlier in the day, Jin said the single is filled with his gratitude and affection for the band's fandom, Army, who made him shine.

"I've dropped songs made to celebrate my birthday, songs for fans and solo tracks on BTS albums, but I'm nervous and excited because it's my first time to release a (single) album in my name," he said in a video released by the band's agency, Big Hit Music, to promote the new song. "I was able to realize the importance of my bandmates once again while preparing for the solo single," he added. 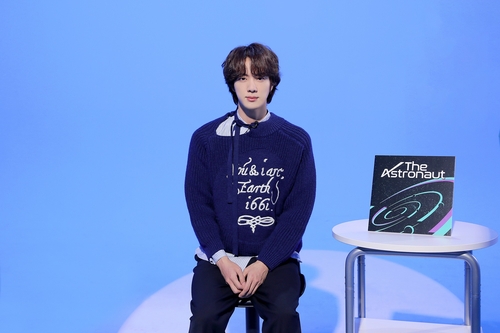 He also expressed thanks to the British band in the video.

"I was happy and excited throughout the project because they are my favorite people, and I had the chance to work with them again," Jin said. "I'm grateful to my Coldplay brothers."

The song's music video was shot in the United States.

"You can see me making a crash landing on Earth," he said of the video. "It's about the journey of an astronaut who has to return to his home planet but eventually decides to remain on Earth, where his loved ones and precious things exist." 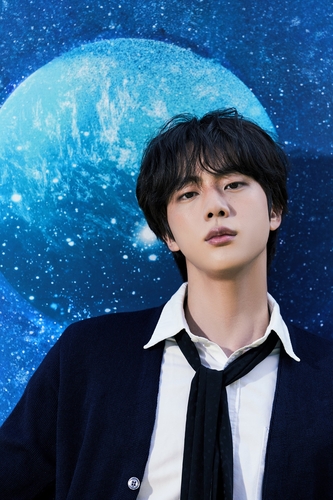 Hours after the song's release, Jin is set to perform the new song alongside Coldplay at the band's concert in Buenos Aires, Argentina, for the first time.

The release comes two weeks after he made a surprise announcement during the group's concert in Busan that he has come to release a song with a person he likes. He did not give any details of the release at that time but later unveiled Coldplay has participated in the project as a co-writer of the music and lyrics as well as a player. 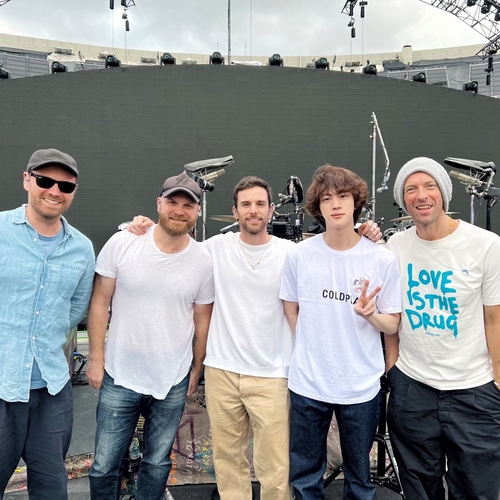 The British band previously collaborated with BTS for a single, "My Universe," which topped the Billboard Hot 100 songs chart upon its release in September last year. The song was on the chart for 17 consecutive weeks and stayed high on Billboard's global charts for more than 30 weeks.

After wrapping up promotional activities for "The Astronaut," Jin is set to temporarily leave the music scene to become the first BTS member to enlist for mandatory military service.

Big Hit Music said last week the 29-year-old member will forego the delay of his enlistment at the end of the month and undergo steps to enlist.

In South Korea, all able-bodied men are required to serve in the military for about two years. But Jin, born in 1992, was allowed to postpone his military service until the end of this year under a conscription law revised in 2020.