The four-part film shot in black-and-white begins when a middle-aged filmmaker named Byung-soo (Kwon Hae-hyo) and his daughter visit a four-story building owned by a female interior designer (Lee Hye-young) he has known for a while.

The designer shows them each floor and they start again at the bottom floor. From there, Byung-soo's different stories unfold on each floor.

In his 28th feature film, the prolific 61-year-old director again illuminates mundane moments of life as a handful of characters talk about career, art, food, religion and relationships while eating, drinking and smoking. 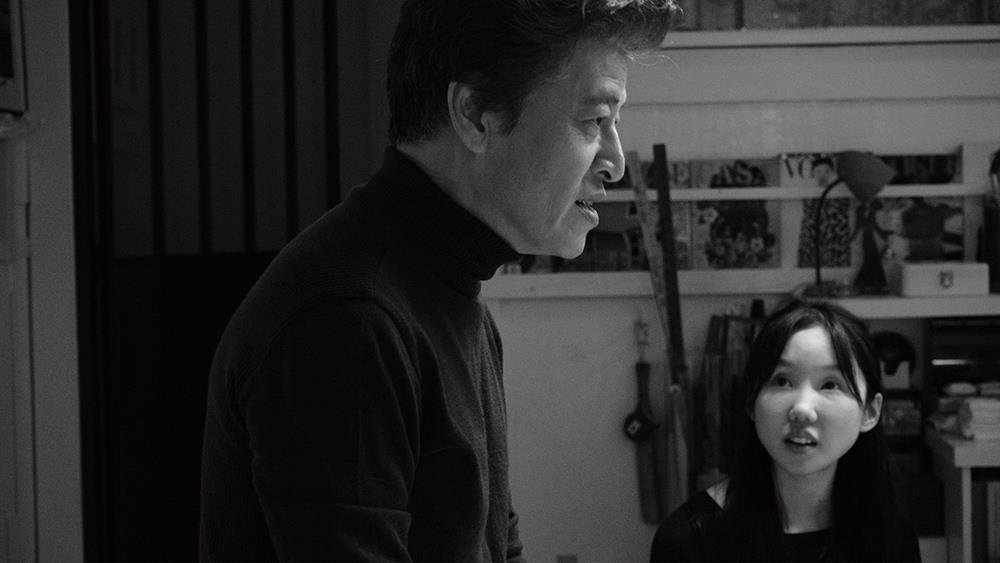 The movie shows Byung-soo's various relationships with women, but the viewer is left to guess at what really happened from conversations he has with them in long-take shots.

On the first floor, Byung-soo appears as a renowned film director who is admired by the designer. When he goes out for an unexpected meeting, his daughter talks about unknown aspects of his personality at home.

The next story takes place at a restaurant on the second floor operated by a divorced woman (Song Seon-mi), an ardent fan of his movies. Their moods develop into something like love.

Then Byung-soo and the restaurant owner appear as a couple living on the third floor together. The ailing director no longer makes films and his partner's restaurant is on the verge of closing down.

The last part begins on the rooftop where Byung-soo meets another woman, who seems to have stable income from her job as a real estate agent In a funny moment, he claims God told him to make a dozen movies on the southern resort island of Jeju.

The interior designer turns cold as the director descends from the peak of his career, showing the sad, funny reality he has to face.

The ending scene on the bottom floor could make the audience wonder whether all the encounters actually happened in real life or inside of the man's imaginary world. 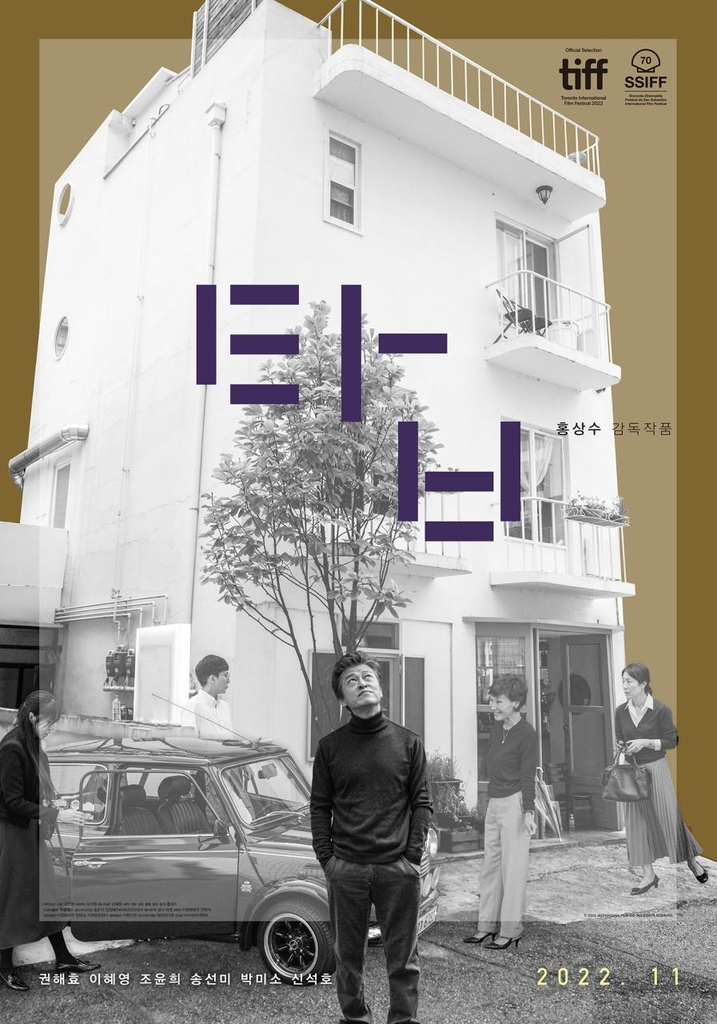 The four-story building serves as a perfect setting to show Byung-soo's wide spectrum of life, differentiating from the linear structures of Hong's past films.

Kwon Hae-hyo, who often starred as Hong's altar ego in his past films, shows the art of acting naturally with nuanced narratives and subtle facial expressions in long, unbroken shots.