The Joint Chiefs of Staff (JCS) said it detected the launches from the Tongchon area in Kangwon Province between 11:59 a.m. and 12:18 p.m., and that the missiles flew some 230 kilometers at apogees of around 24 km at top speeds of around Mach 5.

The latest launches came as the South is set to conclude its Hoguk exercise later in the day. Seoul and Washington are also preparing to stage major combined air drills, called Vigilant Storm, next week.

"The North's ballistic missile launches this time are acts of significant provocation that undermine peace and stability not only on the Korean Peninsula but also in the international community," the JCS said in a press release sent to reporters.

"While tracking and monitoring related movements in close cooperation with the United States in preparation against additional North Korean provocations, our military will maintain a firm readiness posture," it added.

Friday's launches took place north of a "buffer zone" set under a 2018 inter-Korean military accord aimed at reducing cross-border tensions, a JCS official said, indicating they did not violate the accord.

The North's recent series of SRBM tests have reinforced speculation that the recalcitrant regime is doubling down on its push to develop delivery vehicles for tactical nuclear warheads.

In a statement, the U.S. Indo-Pacific Command highlighted Washington's "ironclad" security commitment to Seoul and Tokyo.

"While we have assessed that this event does not pose an immediate threat to U.S. personnel or territory, or to our allies, the missile launches highlight the destabilizing impact of the DPRK's unlawful WMD and ballistic missile programs," the command said.

The North last fired an SRBM on Oct. 14. 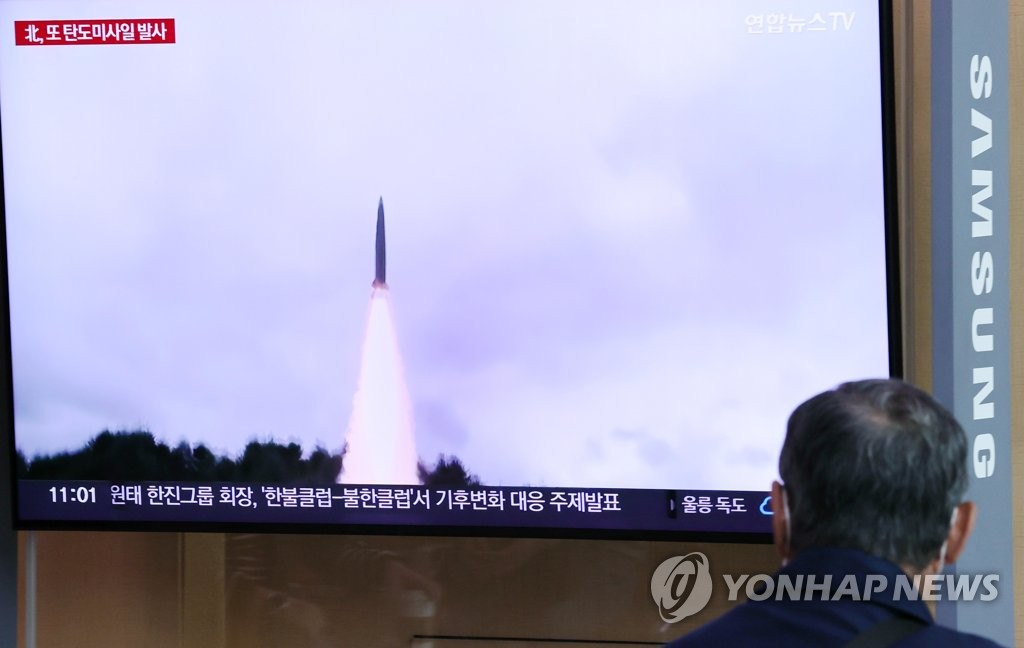