(ATTN: UPDATES with Jin's performance of the song in Argentina in first seven paras; CHANGES slug and headline)

SEOUL, Oct. 29 (Yonhap) -- Jin of the K-pop megaband BTS made a guest appearance at Coldplay's concert in Buenos Aires on Friday (local time) for his first live performance of his solo debut single, "The Astronaut," with the British rock band.

According to music industry sources here, Jin appeared from the opposite side of the main stage after being introduced by the band's vocalist Chris Martin during the show.

The venue was filled with shouts from music fans as soon as the South Korean singer took the stage, with some shocked spectators seen incredulously covering their mouths with their hands. 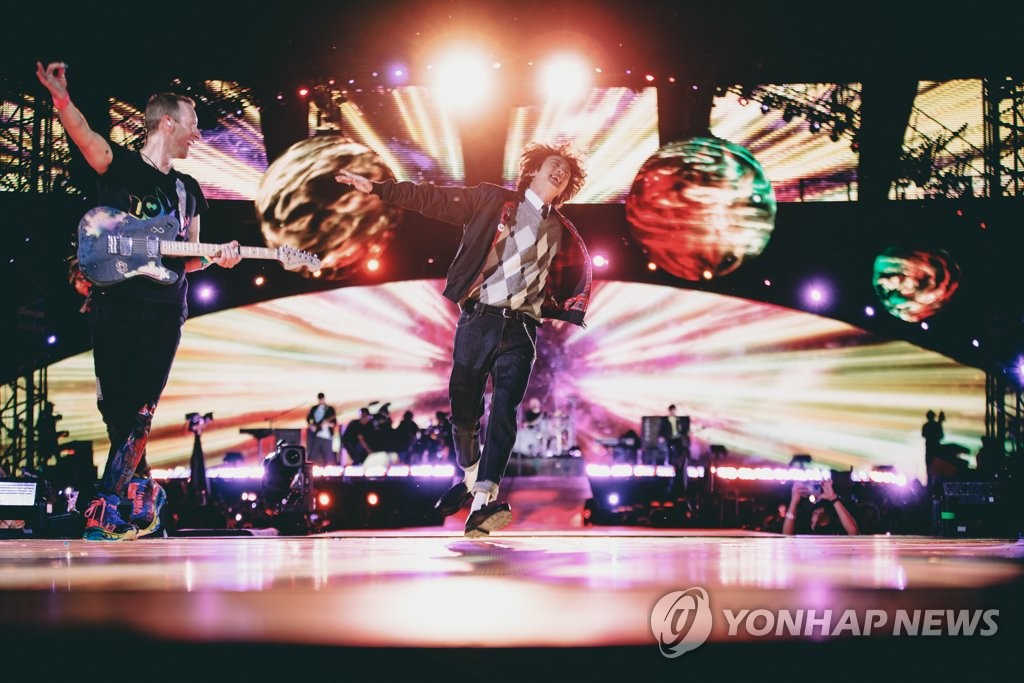 Clad in jeans, a gray diamond-patterned knit and a matching dark-colored jumper, the BTS vocalist sang a bar of "The Astronaut" with his pink microphone and ran to the center of the stage to hug Martin.

"The Astronaut" is a pop-rock genre song co-written by Coldplay, with the British band also playing on the recording. Jin participated in writing the lyrics, expressing his affection for Army, the global fandom of the K-pop septet.

Jin's deeply sentimental voice accompanied by a calming sound of acoustic guitar and gradual build-up of synth sound creates the mysterious and dreamy mood of the song.

The British band previously collaborated with BTS for a single, "My Universe," which topped the Billboard Hot 100 songs chart upon its release in September last year. 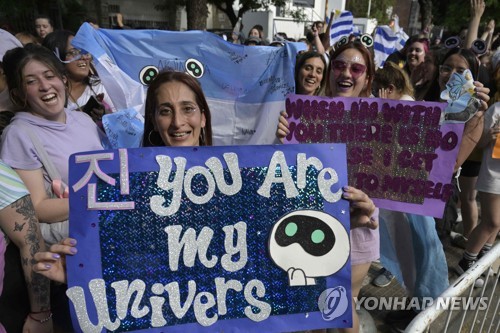 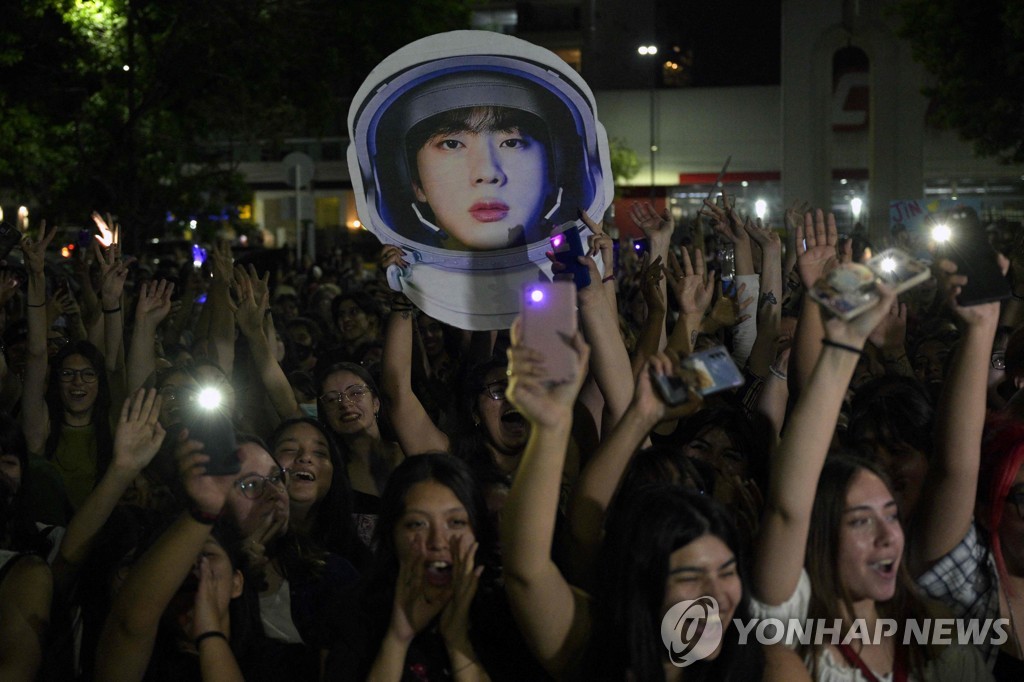 "The Astronaut" has sold more than 700,000 copies for a day after it came out at 1 p.m. Friday, Big Hit Music, the agency for BTS, said, quoting data from Hanteo Chart.

It marks a big sales figure for a single-track album.

"The Astronaut" also topped iTunes' top songs chart in 97 countries around the world, including the United States, Britain, Germany and France, as of 9 a.m. Saturday.

The song's music video telling a story of an astronaut who accidentally landed on Earth has also garnered over 17 million views on YouTube as of 2 p.m.

After wrapping up promotional activities for "The Astronaut," Jin is set to temporarily leave the music scene to become the first BTS member to enlist for mandatory military service. 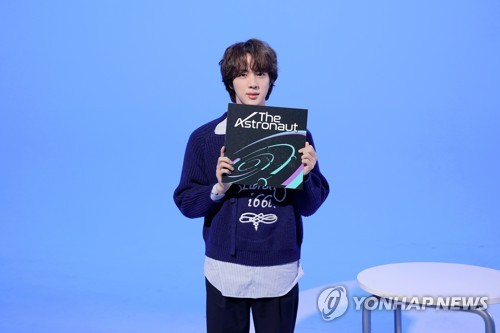 (LEAD) BTS' Jin premiers 'The Astronaut' with Coldplay in Argentina

(LEAD) BTS' Jin premiers 'The Astronaut' with Coldplay in Argentina