SEOUL, Oct. 30 (Yonhap) -- Fifty-nine people were killed and 150 others were injured in a deadly stampede in Seoul's Itaewon district, as huge crowds of people stampeded at Halloween parties, according to fire authorities on Sunday.

A total of 46 people were confirmed dead at the scene, and the remaining 13 were pronounced dead after they were sent to hospitals, officials said.

Choi Seong-beom, head of the fire department in Yongsan, which includes Itaewon, told reporters there were a large number of casualties during Halloween festivities.

The stampede took place near the Hamilton Hotel in the nightlife district of Itaewon, as a large number of people were believed to have entered a narrow alley near the hotel.

President Yoon Suk-yeol, who presided over an emergency meeting on the stampede, ordered officials to swiftly administer first aid and treat the injured, the presidential office said. 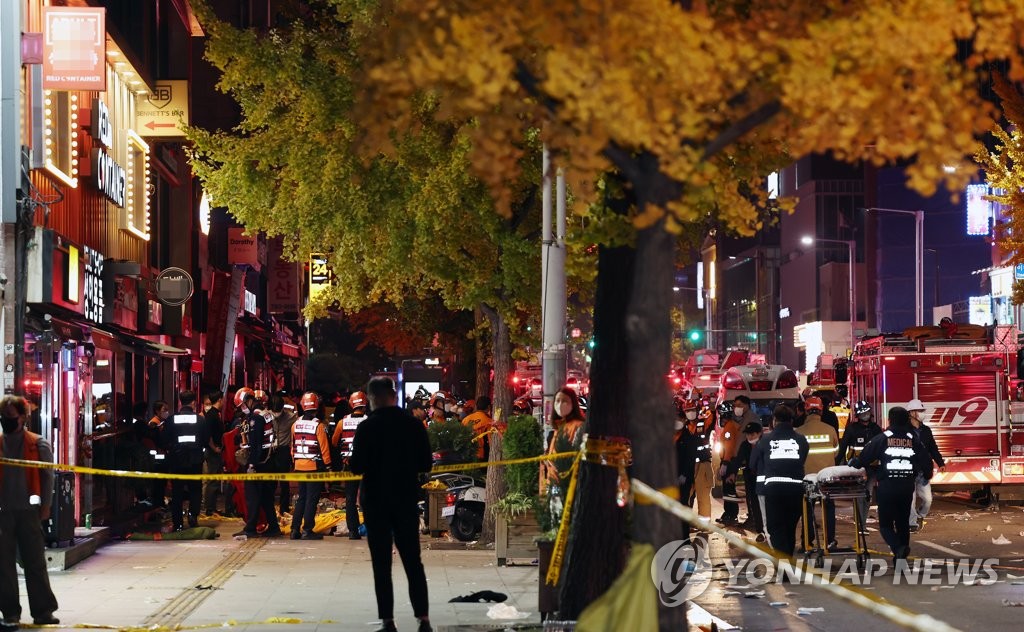 Meanwhile, Seoul Mayor Oh Se-hoon, who is on a visit to Europe, decided to return home in the wake of the accident, city officials said.

A total of 142 firefighting vehicles were mobilized for the area. 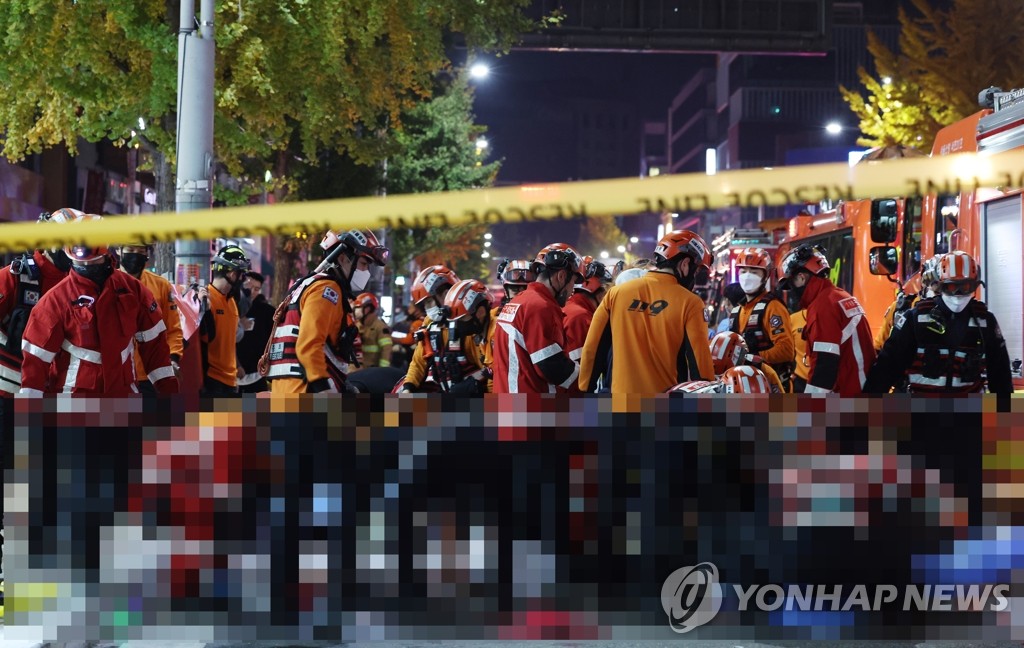