SEOUL, Oct. 30 (Yonhap) -- A sudden surge of Halloween crowds instantly packed a narrow 4-meter-wide downhill alley in Seoul's Itaewon district, with hundreds left unable to move or escape, before some began to fall over and knock others down, resulting in the deadliest stampede in South Korea, witnesses and authorities said Sunday.

At least 151 people have been crushed to death and 82 others injured in the deadly crowd surge during late-night Halloween celebrations on Saturday at the famous Halloween party district.

It was the deadliest accident in South Korea since the sinking of the ferry Sewol in 2014 that killed 304 high-school students and others.

With its hip nightlife and chic restaurants, Itaewon, home to expat communities in central Seoul, is by far the most popular spot for Halloween partygoers, and tens of thousands of people visited the area on that night. 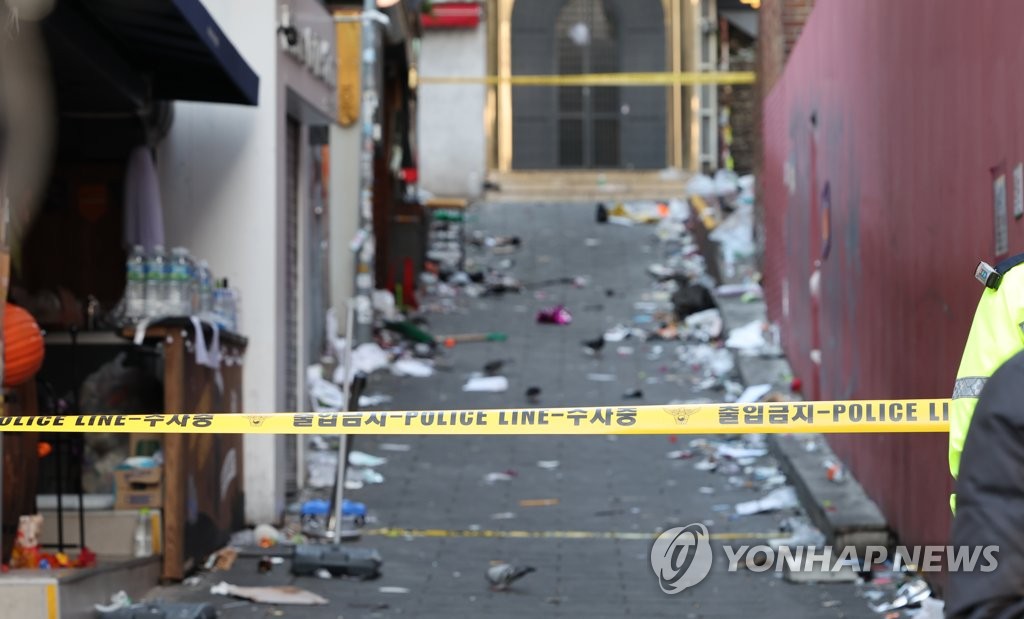 The back alley in question is a downhill 4 meter-by-40 meter path that links a busy restaurant district with a main street, where about six adults can barely pass at the same time.

Massive crowds of partygoers piled into the narrow alley Saturday night to celebrate the first maskless Halloween season since the first COVID-19 outbreaks in early 2020 after the outdoor mask-wearing mandate was completely lifted nationwide in September.

The stampede began "instantly" after some people fell over and caused others to fall down like "dominoes" and pile up on one another, unable to more or breathe, surviving witnesses said.

The densely packed crowds made it difficult for rescuers and police officers to pass a 100-meter distance to the accident scene and disentangle victims for help, rendering the death toll extremely heavy.

A sudden influx of about 300 patients needing cardiopulmonary resuscitation and other first-aid measures also left rescuers shorthanded while heavy return-home traffic in the area added to the difficulties, according to witnesses.

Of those killed, a majority of 97 were female, and observers said women took a bigger blow due mainly to their relatively smaller frame, combined with usually heavier Halloween costumes.

The victims also included 19 foreigners, including those from China, Iran, Norway and Uzbekistan.

There have been rumors at the scene that a massive crowd surged to see a celebrity who visited the area.

Others said some of the people in the crowd cried "backward, backward" to maintain order, but others mistook it as "push, push" and surged forward.

Surviving witnesses have said they had no way to escape the crushing crowds because the alley lies along the outer wall of a neighboring hotel, and they were involuntarily pushed forward or backward in the alley, unable to move on their own.

Police plan to launch a dedicated investigation team soon to determine the exact cause of the stampede and whether relevant municipalities were in compliance with accident prevention regulations. 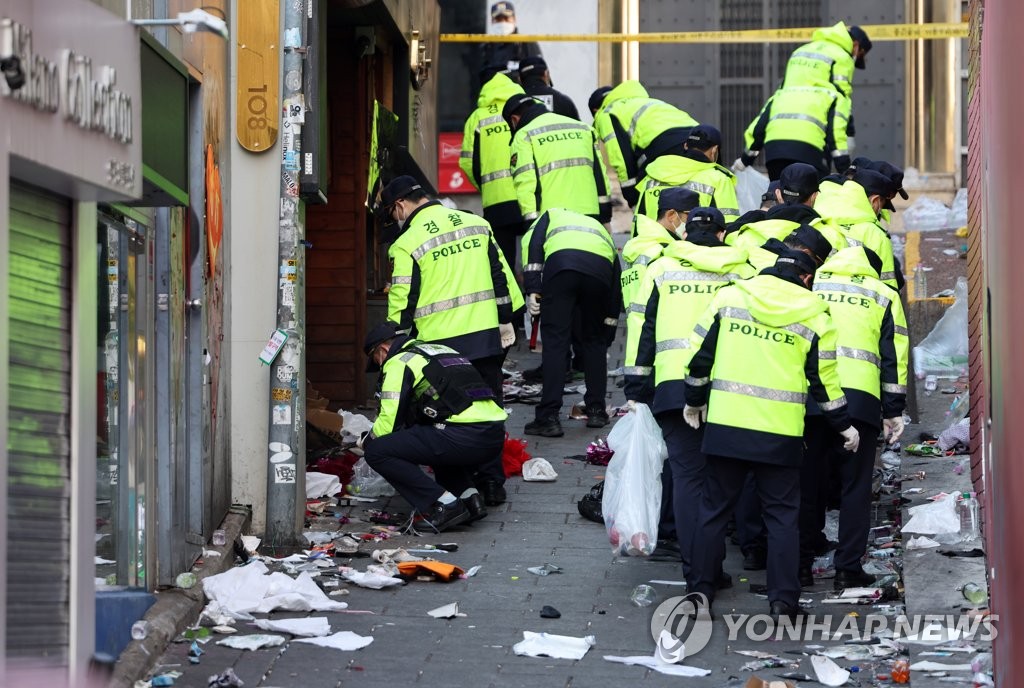 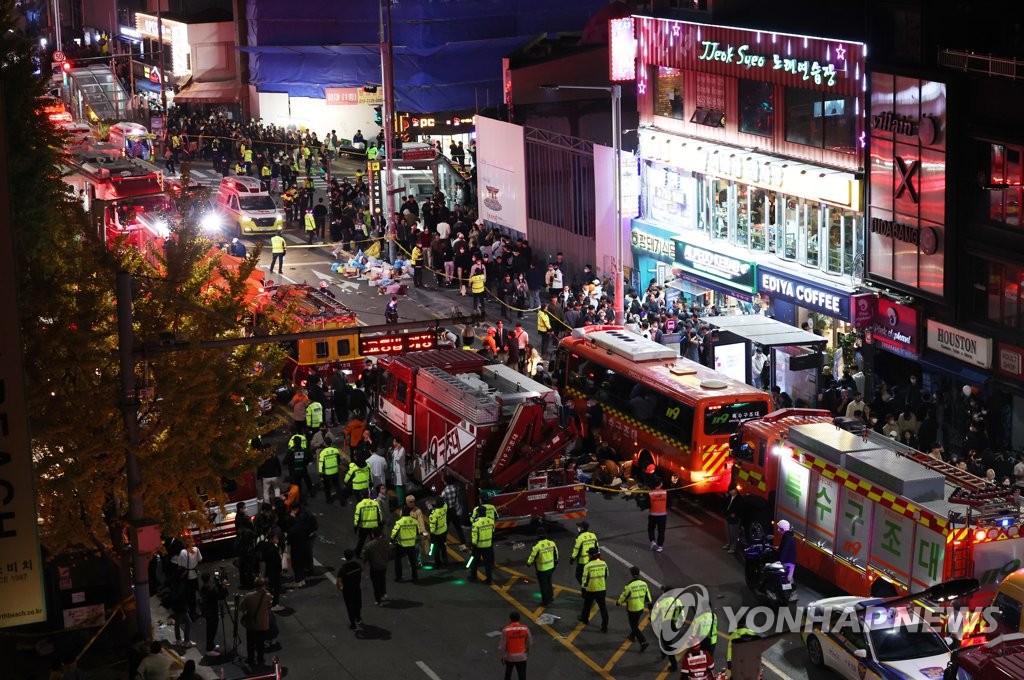