SEOUL, Oct. 31 (Yonhap) -- The National Museum of Korea said Monday it will open a special exhibition of Uigwe, manuscripts for royal protocols during the Joseon Dynasty (1392-1910), this week to commemorate the 10th anniversary of its return from France after 145 years.

Titled "Pinnacle of Propriety: The Uigwe, Records of the State Rites of the Joseon Dynasty," the exhibition will run from Tuesday to March 19 at the museum in central Seoul. It will feature some 460 items, including the 297 Uigwe books retrieved from France.

The museum said the event will introduce the results of the past 10 years of research on Uigwe in a general perspective. 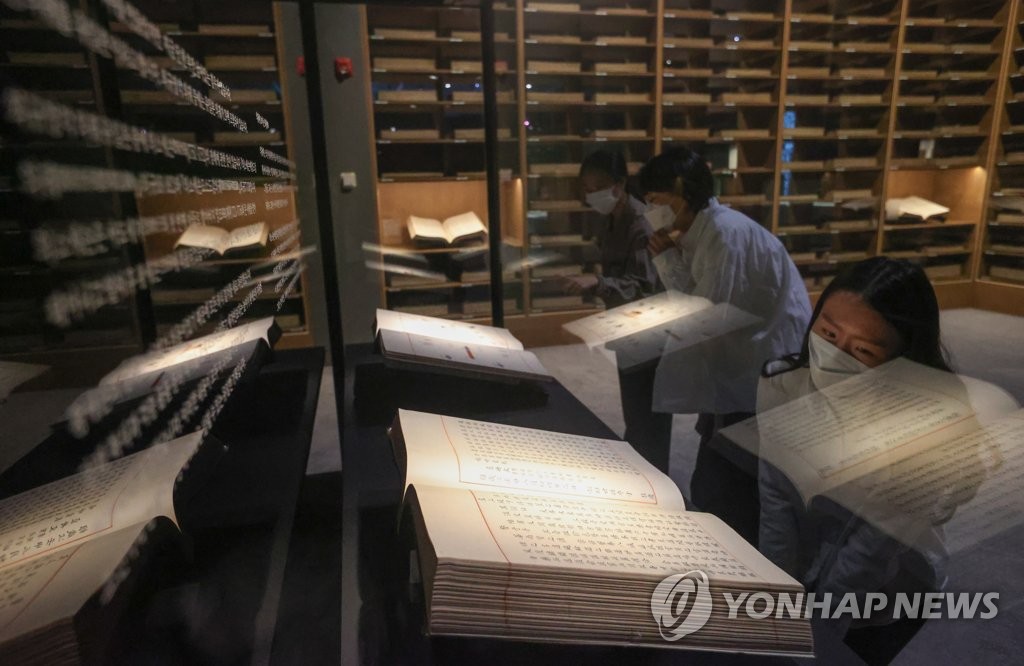 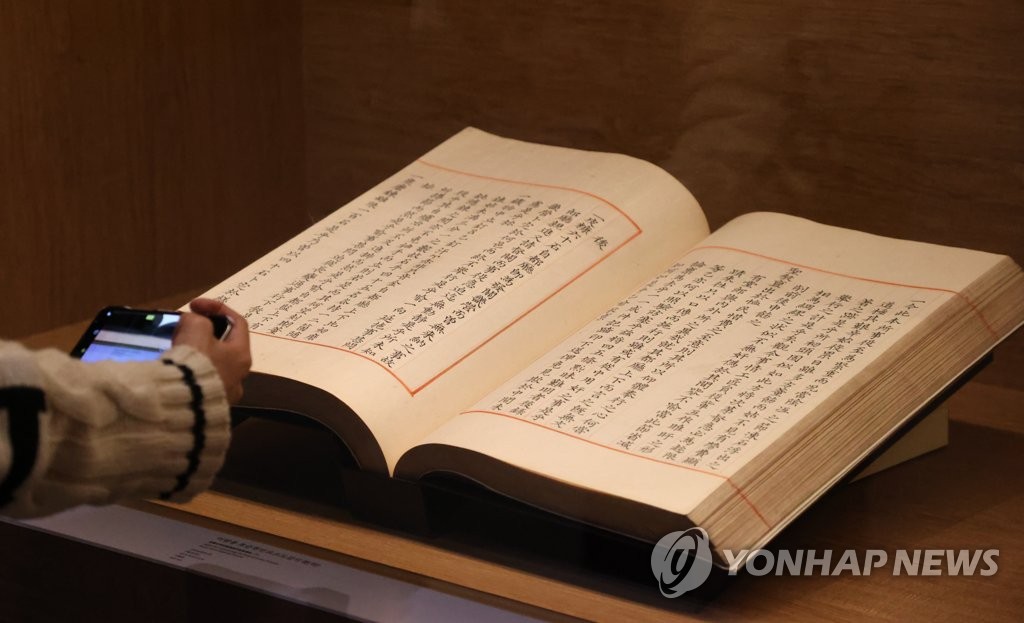 Uigwe is a collection of royal protocols that recorded and illustrated the entire procedures of important state rituals, such as weddings, funerals and banquets, after their completion. It was registered as the UNESCO Memory of the World in 2007 for its rarity and historical significance. It began to be produced in the early Joseon Dynasty, but many were burned during the Japanese invasion of Korea in the 16th century.

The 297 volumes on display are specifically called Oegyujanggak Uigwe, because they had been preserved at a royal library annex called Oegyujanggak on Ganghwa Island off South Korea's west coast before being taken out of the country during the 19th-century French invasion of Korea. They were returned to Korea from France on a five-year renewable lease in 2011.

Of all the Uigwe books, the Oegyujanggak Uigwe has special historical value, as most volumes were created exclusively for the king and many of them are the only extant copies of each record in and out of the country.

For information, each book had up to nine copies, but only one of them, made of the finest materials and bound with great care by the best painters and artisans of Joseon, was presented for the king's review. Most of the books for the king then were preserved at Oegyujanggak or Gyujanggak at a royal palace in today's Seoul. 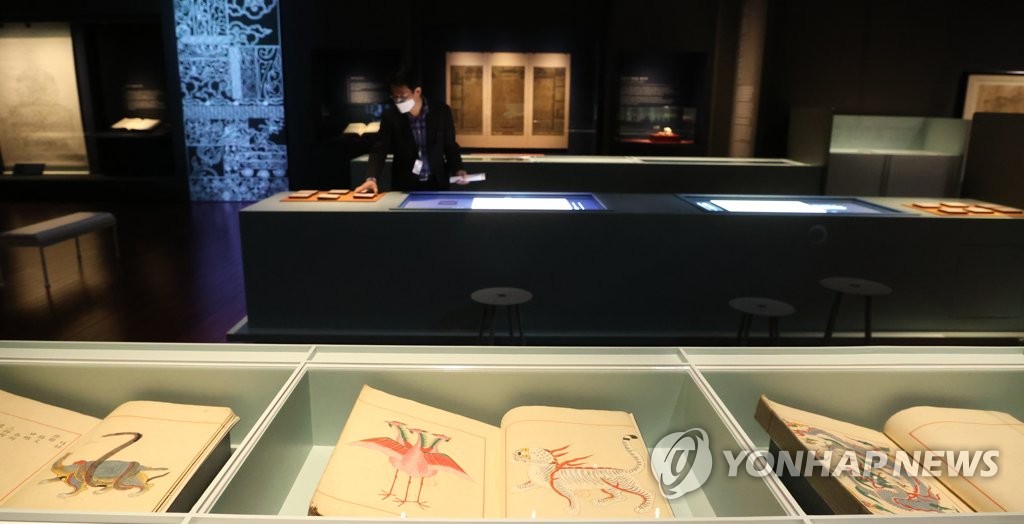 The exhibition begins highlighting the great value of the Oegyujanggak Uigwe, known as "books for the king," and the essence of the archival culture of the Joseon period, captured from the detailed and accurate records as well as vivid illustrations in the books.

The presentation gives an instance of King Heongjong's transfer of the royal tomb of his father, King Ikjong (Crown Prince Hyomyeong), in 1846. The incident was recorded in a text of just three lines in the Annals of the Joseon Dynasty, but Uigwe documented its detailed procedures in a total of nine books with colorful, vivid illustrations of the royal procession and items used for the ceremony.

The second part explores the specific content of the books and Joseon's ruling philosophy of dignity contained in the rule of propriety that was embodied through rituals. Titled "Harmony within Order," the third part introduces the ideal society pursued by Joseon: a society in which every member acted with appropriate propriety, thereby being in harmony with each other. 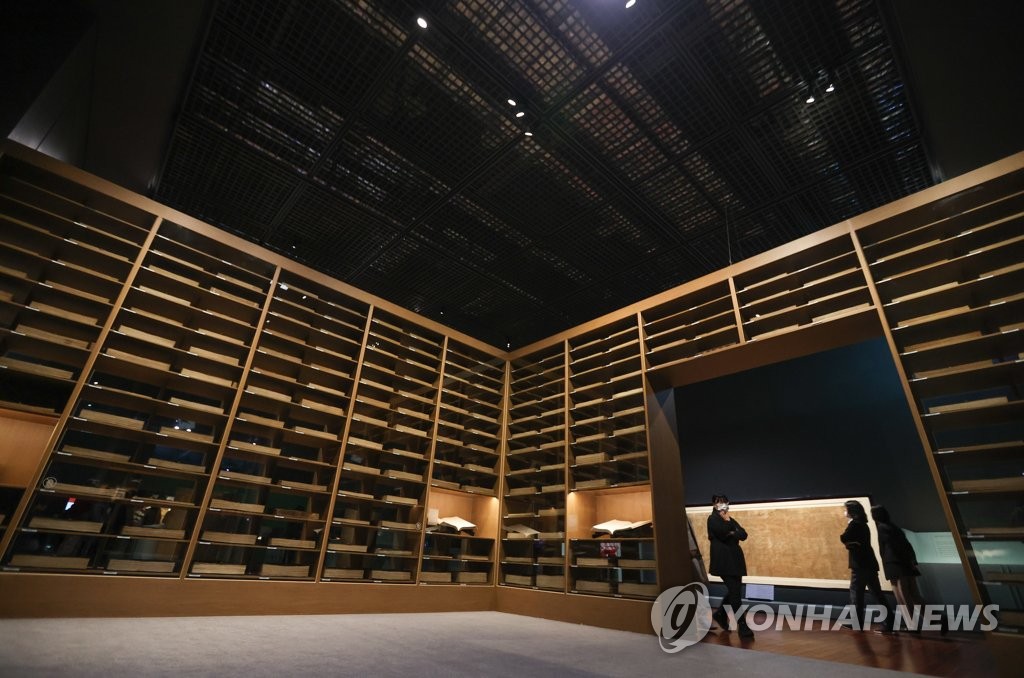 In addition to the royal records, the exhibit offers various other visual attractions.

Visitors can take a picture of themselves in front of a large bookshelf displaying the entire volumes of the Oegyujanggak Uigwe and see the replica of the Uigwe for the court banquet that King Sunjo threw in 1809 for his grandmother, Lady Hyegyeong, which is in the possession of the British Library. The banquet was also transformed into digital content to be displayed on a screen 10 meters wide.

The museum will offer free admission for a week from Nov. 21 in commemoration of the 11th anniversary of the death of a Korean scholar named Park Byeong-sen who discovered the books that were mistakenly classified as Chinese at the National Library of France while working as a librarian there. 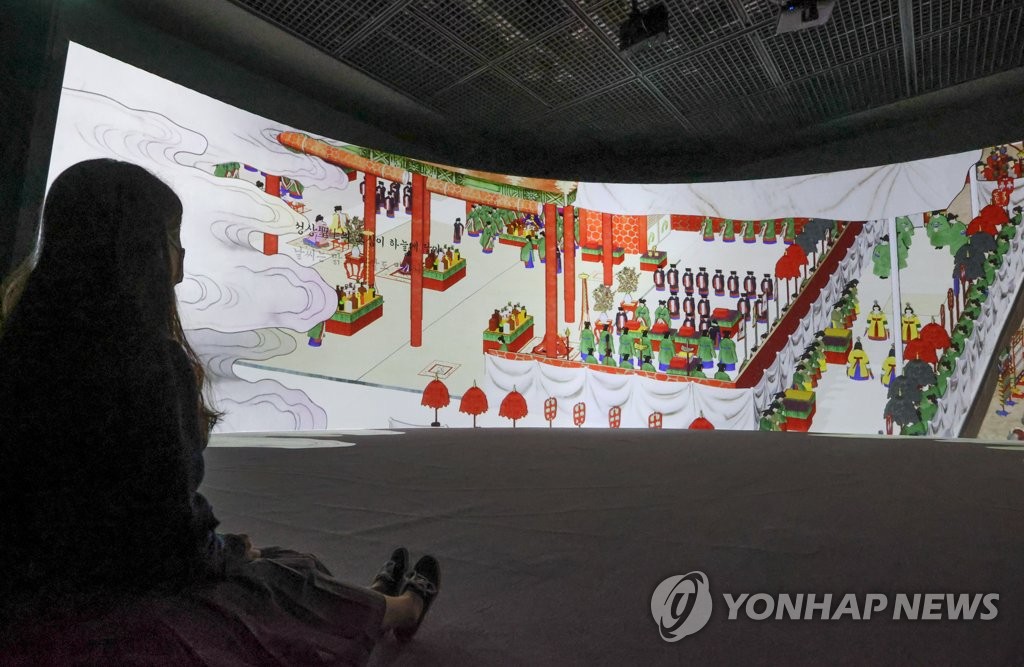