SEOUL, Oct. 31 (Yonhap) -- South Korean Foreign Minister Park Jin said Monday the country's decision to join Japan's international fleet review next month was based on "customary" international practices, dismissing a controversy here over what would be the country's first participation in the event in seven years.

The Navy plans to dispatch the 10,000-ton logistics support ship Soyang to the event to be held in Sagami Bay off Tokyo on Nov. 6. Public controversies linger over whether it is appropriate for South Korea to take part in the fleet review, where the Japan Maritime Self-Defense Force (JMSDF) is set to hoist the Rising Sun Flag, viewed by many Koreans as a symbol of Japan's imperialist past.

South Korea has stayed away from Japanese fleet reviews in recent years amid chilled ties and public sentiment against the display of the flag.

"The decision was made after a comprehensive review of past cases and customary international practices," Park said during a session of the National Assembly's foreign affairs and unification committee.

He stressed that the South has participated in the Japanese fleet review numerous times in the past, including during the previous liberal administration of President Kim Dae-jung.

"It is my understanding that such a decision was made in consideration of North Korea's back-to-back provocations and the grave security situation around the Korean Peninsula," he added.

"The security dimension was considered the most, as well as the aspect of realizing common values in the international community," he told lawmakers during a session of the National Assembly's national defense committee. He was apparently referring to Seoul's efforts to bolster the alliance with Washington and trilateral security partnerships involving Tokyo to counter growing threats from the nuclear-armed North. 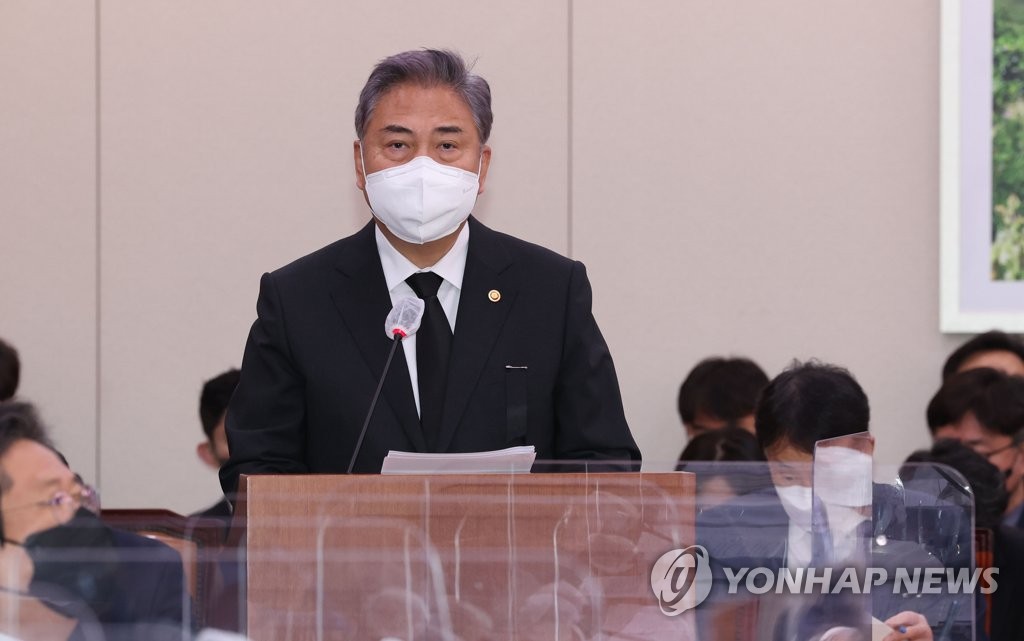