SEOUL, Oct. 31 (Yonhap) -- South Korea is reviewing ways to offer every possible assistance to the foreign victims of a weekend crowd crush at Seoul's Itaewon district and bereaved families in a manner equivalent of that for local citizens, the country's top diplomat said Monday.

At least 154 people, including 26 foreigners, were killed in the surge of crowds that had gathered in the popular nightlife district Saturday night to celebrate Halloween. More than a dozen foreigners were injured as well.

"We are reviewing ways to assist the foreign victims at a similar level to that of South Korean nationals," Foreign Minister Park Jin said during a parliamentary session on foreign and inter-Korean affairs. 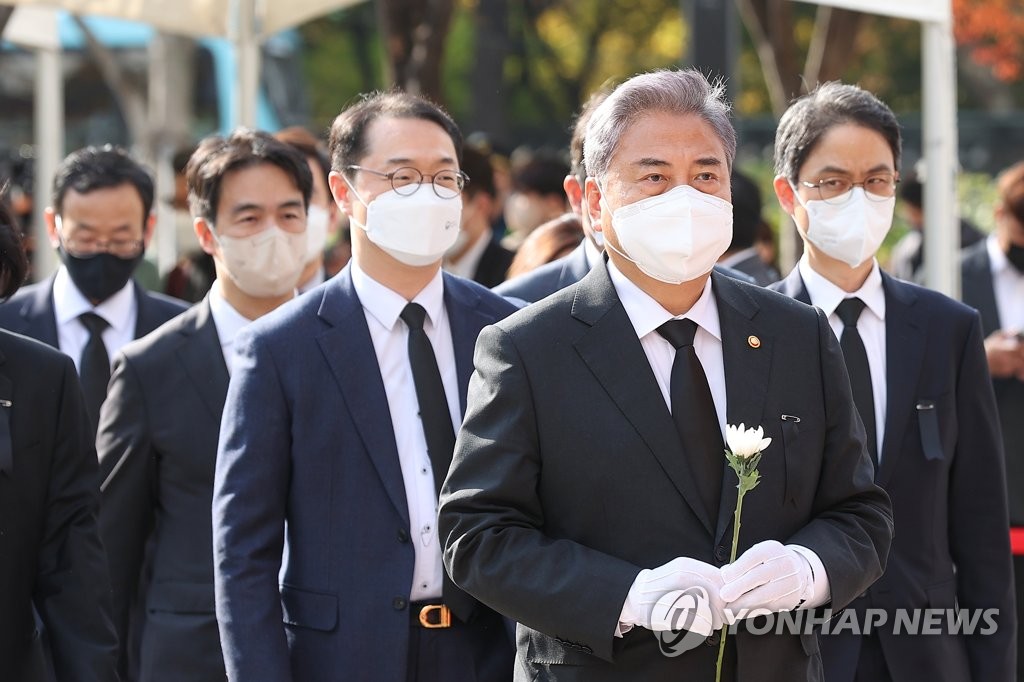 He added the ministry will take necessary measures to assist the bereaved families and their flights back home in consultation with the South Korean embassies in the respective countries.

Earlier in the day, Park also visited a mourning altar set up at Seoul Plaza in front of City Hall to pay tribute to the victims.

The 26 foreigners killed in the accident include five from Iran, four each from China and Russia, two from the United States, two from Japan, and one each from France, Australia, Norway, Austria, Vietnam, Thailand, Kazakhstan, Uzbekistan, and Sri Lanka.

Currently, one foreigner is being treated at the hospital, while the other 14 injured have returned home, according to the minister.

The tragedy marks the country's worst disaster since 2014, when the ferry Sewol sank in waters off the south coast and killed 304 people, mostly high school students. 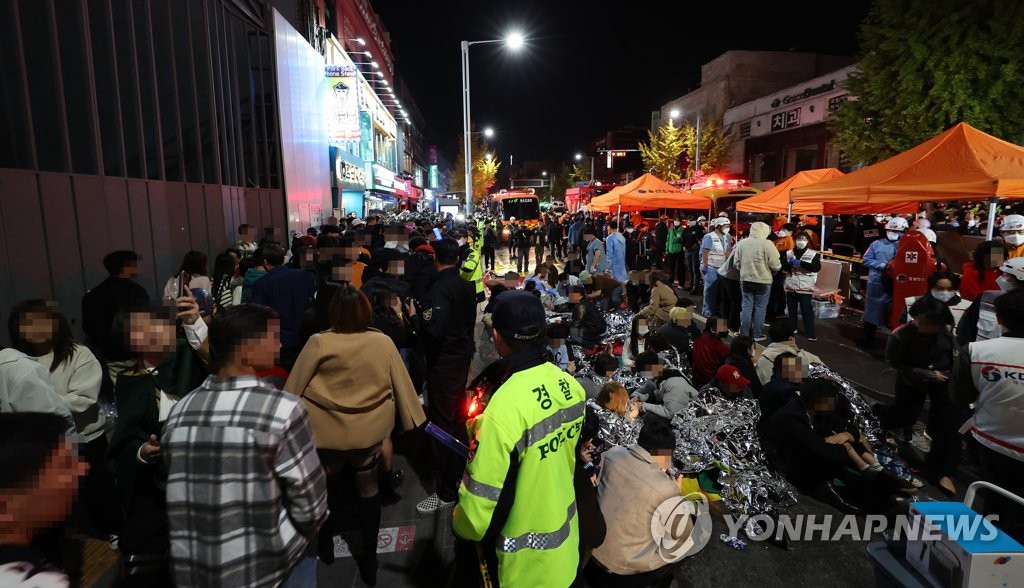