According to the homepage of UNESCO on Tuesday, "Talchum, Mask Dance Drama in the Republic of Korea" was recommended for inscription on the list by a subpanel of its Intergovernmental Committee for the Safeguarding of the Intangible Cultural Heritage.

"Inscribe" is the highest in a three-tier system -- "inscribe," "refer" and "not to inscribe" -- used by the preliminary evaluation body to report the results of its review to the intergovernmental committee. Recommendations for inscription have rarely been reversed.

The final decision will be made during the 17th committee meeting scheduled to be held from Nov. 28 to Dec. 3 in Morocco. 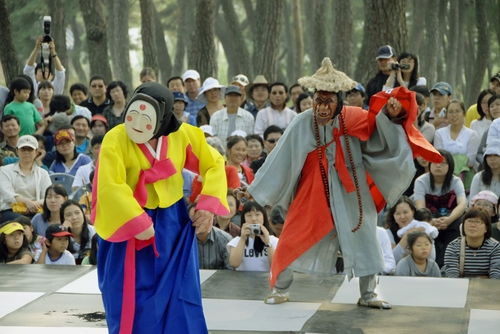 Most recently, the Lantern Lighting Festival, or "Yeondeunghoe" in Korean, was listed by UNESCO as an Intangible Cultural Heritage of Humanity in 2020. The festival is held every spring to celebrate Buddha's Birthday. 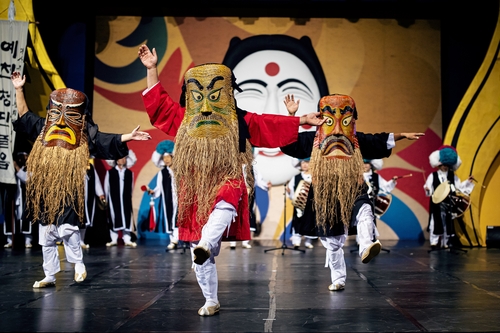 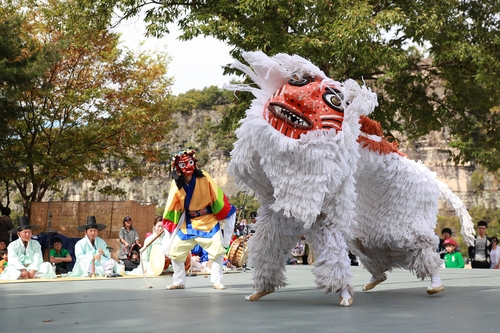 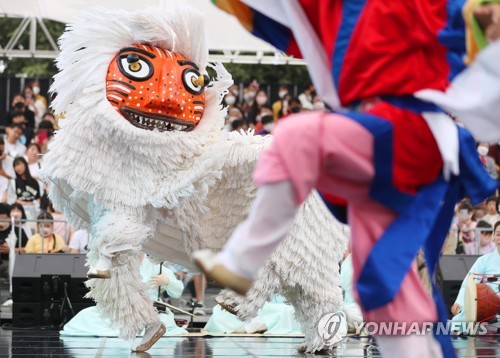 Also among the 31 entries recommended for inscription Tuesday was the Pyongyang Raengmyeon custom submitted by the North.

Literally translated into cold noodles, "raengmyeon," or "naengmyeon" in South Korea, is a cold noodle dish of North Korean origin, which has thin, chewy noodles that are made with buckwheat and potato or sweet potato starch. The Pyongyang-style dish is known for its chilled beef broth that has a bland, savory flavor.