SEOUL, Nov. 2 (Yonhap) -- A lax police response to emergency calls on the night of the Itaewon crowd crush came under growing scrutiny and criticism Wednesday following revelations that police snubbed a series of emergency calls about overcrowding in the neighborhood hours before the disaster.

The National Police Agency released Tuesday police documents chronicling those reports as the country delved into what went wrong and who is responsible for the deadly crush amid criticism that the accident could have been avoided or minimized if police had responded in a timely manner.

The tragedy happened Saturday night when a massive crowd of Halloween partygoers packed a narrow 3.2-meter-wide alley in Seoul's entertainment district of Itaewon.

Some of them began to fall over, causing others to fall down like "dominoes" and pile up on top of one another, leaving at least 156, mostly people in their 20s, killed.

According to the documents and transcripts of the calls, police had received a total of 11 reports in the four hours before the accident, urgently alerting them to risks of accident in the alley. Police responded to four of them by having officers go to the site, disperse the crowd and come back, while no action was taken in response to the remaining reports.

A "Code 0" police order calling for the promptest possible response had been issued for one of the 11 reports while the second-highest "Code 1" had been applied to seven others, but police officers failed to take appropriate action.

According to the police documents, the first report was filed at 6:34 p.m. on Saturday from a person at the alley, alerting that a massive crowd packed the path and crowd control was urgently needed.

"I feel like I would be almost crushed to death here because people continued to come up even though no more can go down," the person said, adding, "I barely escaped, but police need to control the area because the crowd is too big."

Police officers were subsequently sent to the scene but closed the case without tangible action.

The second report came about 1 1/2 hours later from a person at the nearby Itaewon Station, saying, "There are people who fell over and got hurt because there are too many people." 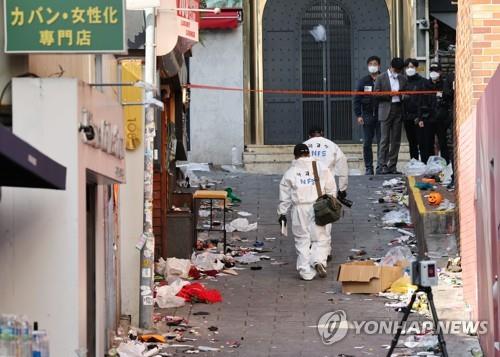 Another group of police officers were sent to the scene only to close the case after having some people move to sidewalks.

Police then snubbed two following reports made at 8:33 p.m. and 8:53 p.m., respectively, referring those who made the reports to police officers on duty in the neighborhood.

Between 9 p.m. and 9:10 p.m., four reports flowed in saying "We are on the verge of a terrible accident due to massive crowds" or "I am almost being crushed to death."

For one of the four reports, the top-notch Code 0 order had been issued, but the only action taken was to dispatch officers and have them disperse a small crowd of people.

Following a brief lull, three reports began to flow in again starting 9:51 p.m. -- 24 minutes before the accident -- including a report filed in an urgent tone that said "We need crowd control, there are too many people."

Police did not take any action on all of those reports.

The National Police Agency voluntarily disclosed the transcripts of police reports filed on the night of the accident as part of "an expression of will to get to the bottom of the truth with bone-cutting resolution."

On Wednesday, a special police investigation team raided the Seoul Metropolitan Police Agency, the Yongsan Police Station and six other offices as part of an investigation into the bungled police response.

The Yongsan Police Station chief was also sidelined from duty and put on disciplinary "standby."

The focus of the investigation is on whether police officers who received the reports had been faithful to their duties and whether the Yongsan Police Station had done sufficient public order or safety management planning ahead of the massive gatherings.

It is also expected to look into allegations that the Seoul Metropolitan Police Agency had refused the Yongsan Police Station's request for reinforcement of riot police forces and that the Yongsan Ward office, Itaewon Subway Station and police failed to adopt safety measures in their joint meeting aimed at dealing with Halloween crowds, held three days before the accident.

Up to 100,000 were forecast to show up in Itaewon for Halloween celebrations Saturday, but only about 200 police officers were reportedly dispatched, mainly for sex, drug and theft crackdown missions.

National police chief Yoon Hee-keun on Tuesday acknowledged shortfalls in the police response to the crowd surge and pledged an independent, outside inspection into alleged police wrongdoing.

President Yoon Suk-yeol received the police transcripts Tuesday and became enraged that police took no action in response to calls for help, a presidential official has said.

Yoon ordered the circumstances be determined "thoroughly without a trace of doubt" and that those responsible be "handled strictly in accordance with the law and principles," the official told Yonhap News Agency.

National police chief Yoon and Minister Lee Sang-min of the Interior and Safety Ministry that oversees the police came under growing calls to step down for failing to safeguard the lives of people.

The main opposition Democratic Party on Wednesday demanded the immediate sacking of both Yoon and Lee and called for criminal punishment of them. 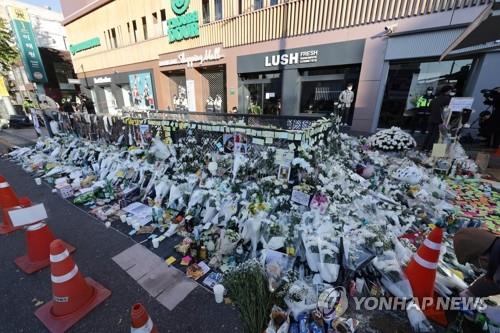 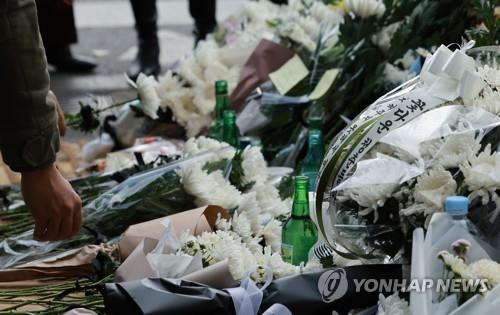