SEOUL, Nov. 2 (Yonhap) -- South Korea's military on Wednesday denounced North Korea's launch of its first missile into an area close to the South's territorial waters since the division of the peninsula more than seven decades ago, calling it an "intolerable" act.

Earlier in the day, the North launched at least three short-range ballistic missiles (SRBMs) into the East Sea, one of which flew across its de facto maritime border with South Korea, according to the South's military.

The Joint Chiefs of Staff (JCS) said the missile firing from a site in or around the North's eastern coastal city of Wonsan was detected at around 8:51 a.m.

"North Korea's missile launch, which marks the first time since the division of the peninsula that has landed near our territorial waters south of the Northern Limit Line, is very rare and intolerable," the JCS said in a press release.

"Our military vowed to respond firmly to this (provocation)," it added. 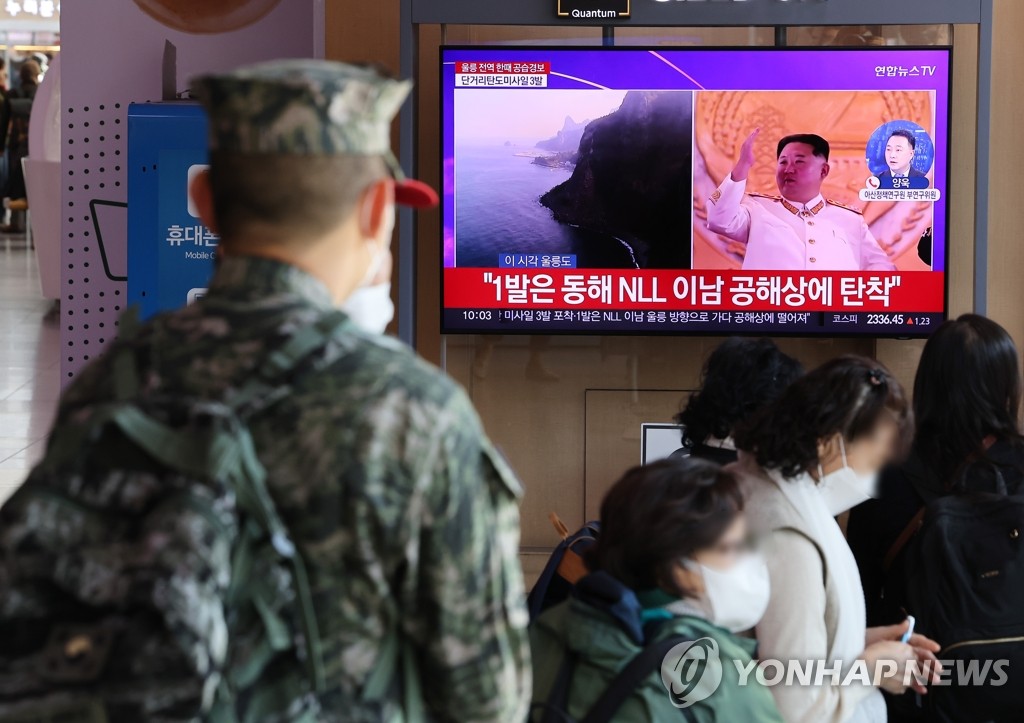 One of the three SRBMs fell into high seas 26 kilometers south of the Northern Limit Line (NLL), an area 57 km east of the South's eastern city of Sokcho and 167 km northwest of Ulleung Island near Dokdo, according to the JCS.

It headed toward the island before falling into the international sea, prompting local authorities to issue a rare air raid alert.

The sirens blared across Ulleung Island around 8:55 a.m., sending residents scurrying into basements and shelters.

The North's latest provocation came as Seoul and Washington are staging the Vigilant Storm exercise involving more than 240 aircraft across the skies of the peninsula in a bid to bolster deterrence posture against the North's threats. Pyongyang has long denounced joint military drills between Seoul and Washington as a rehearsal for invasion.

Tensions have been running high on the peninsula in recent weeks with the recalcitrant country staging multiple missile launches and artillery firing amid growing concerns it may soon conduct its seventh nuclear test.