SEOUL, Nov. 7 (Yonhap) -- President Yoon Suk-yeol saw his approval rating dip slightly at the end of last week, a survey showed Monday, in the aftermath of the Halloween crowd crush.

In the poll of 2,521 voters conducted by Realmeter from Monday to Friday last week, 34.2 percent positively assessed Yoon's job performance, down 1.5 percentage points from the previous week.

In terms of daily rating, support for Yoon dropped from 35.7 percent Tuesday to 32.5 percent Friday.

The steeper fall could be attributable to public criticism over Interior Minister Lee Sang-min's inappropriate remarks over the Halloween tragedy and revelations of a botched police response, Bae Cheol-ho, a senior analyst at Realmeter, said.

Lee came under fire after he said the Halloween crowd in Seoul's entertainment district of Itaewon this year was not "worryingly large" compared with previous years and the accident would not have been avoidable even if police officers and firefighters had been deployed to the area in advance.

Police also came under fire following revelations they snubbed a series of emergency calls about overcrowding on Oct. 29 in Itaewon, where at least 156 people were killed in a crowd crush.

Bae said the mass mortality event was a seriously unfavorable factor in Yoon's approval rating, but the drop was smaller compared with the Sewol ferry disaster that took place in 2014 thanks to North Korea's recent provocations, a factor that normally strengthens conservative voters' support.

The current poll has a margin of error of plus or minus 2 percentage points at a 95 percent confidence level. 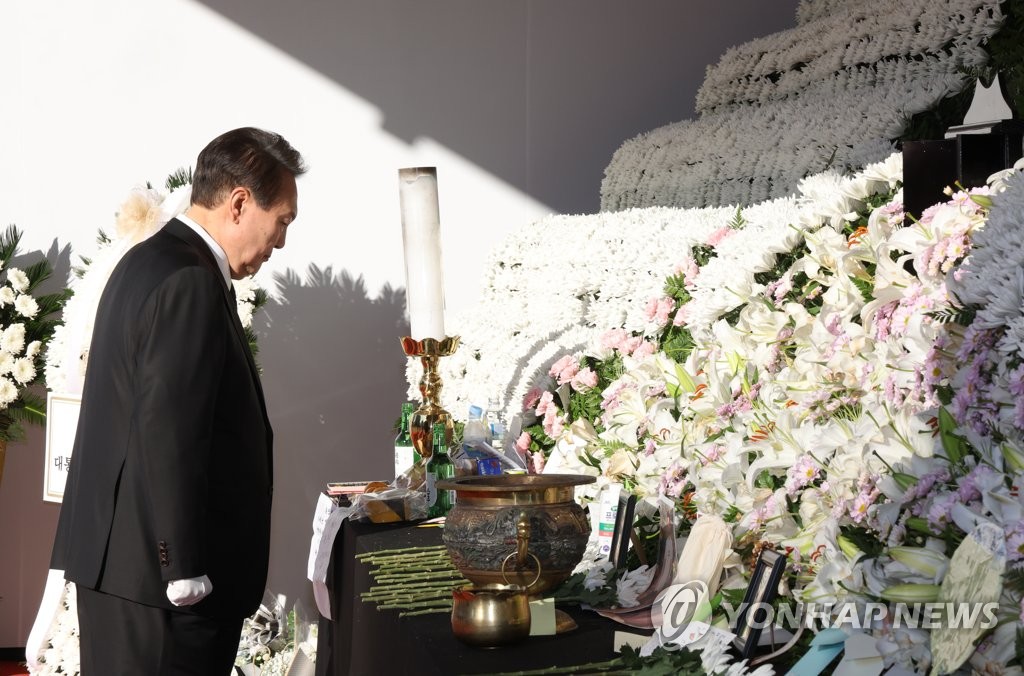